Limited data makes it difficult to track flow of firearms from the U.S. into Canada, says Toronto researcher

Share
Limited data on cross-border gun trafficking — an obstacle faced by police in addressing crime — makes it difficult to determine the extent of the problem of firearms entering Canada, a University of Toronto researcher says.

'We see that a lot of guns are coming from the United States,' says U of T researcher Jooyoung Lee

Limited data on cross-border gun trafficking — an obstacle faced by police in addressing crime — makes it difficult to determine the extent of the problem of firearms entering Canada, a University of Toronto researcher says.

The U.S. has the most guns per capita in the world and is a global exporter of firearms, according to Jooyoung Lee, an associate professor of sociology and faculty member in the university's Centre for the Study of the United States.

Lee said that while there is limited long-term data on the flow of guns into Canada from the U.S., research shows that overwhelmingly, illegal firearms are crossing the border.

"There's a couple of different ways in which people get their hands on guns. The most kind of conventional is that we see that a lot of guns are coming from the United States," he said.

"The limited data that we do have shows that most of the guns that people are using to commit violent crimes are handguns, and the vast majority of those are being exported across the border."

Lee said a recent study showed most handguns used in crimes in Canada are coming from Washington, Florida, Georgia and other southern states with looser gun laws.

Border cities face unique challenges when it comes to forming policy on gun-related issues and the work done by police forces, officials say.

On Tuesday, Windsor, Ont., police announced they arrested multiple suspects following a violent weekend shooting in the city's east-end. Five people were injured after a fight broke out outside a bowling alley and shots were fired into a crowd.

Police have not released details on the weapon used, but say there's been a slow rise in the number of gun-related incidents in the city bordering Michigan, and it isn't a new problem.

"For the most part, these firearms are manufactured or they're distributed out of the United States, and then at some point they make their way into Canada, whether they're smuggled, stolen or sold illegally," said Acting Police Chief Jason Bellaire, adding some firearms registered in Canada also end up in the illegal firearms market.

"But by and large, the U.S. supply of firearms makes its way to Canada through criminal activities and networks, both in Canada and the United States."

Windsor police have a dedicated group of officers working on firearm violence and trafficking, said Bellaire, adding the Windsor Police Service is working in partnership with a provincial collaboration on the issue. Those initiatives were announced last November, when the Ontario government promised $75.1 million over the next three years to combat gun violence and crime across the province.

"We have to think, you know, outside of borders and jurisdictional boundaries too, and we can't do that if we're not collaborating and working on provincial initiatives or international issues with other law enforcement agencies or other agencies in general."

According to Windsor police's annual reports, there has been a slight increase in recent years in the total number of weapons seized:

Lee said police play a valuable role in investigating shootings, but the greater need may be around creative policymaking that evaluates causes and identifies risk before individuals — especially young people — gravitate to guns or gangs. 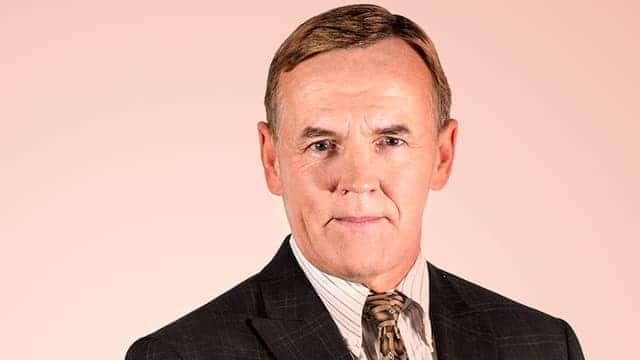 People in Windsor are wondering about guns after the bowling alley shooting. Where do they come from, and how many of them are out there. Host Peter Duck speaks with Jooyoung Lee, a sociology professor at the University of Toronto.7:52

"That means eliminating intergenerational poverty. It means creating youth intervention, keeping kids away from the streets, that kind of stuff, instead of just waiting until the shooting happens and then trying to respond," he said.

Lee said researchers know many who use handguns tend to be young men, but the federal government does not collect race-based data on the issue.

Canada also does not have solid data when it comes to missing or stolen firearms in this country, which is a crucial number to have, said Lee, as those weapons may be used for criminal activity.

"This is a really understudied phenomenon; we have very spotty data," said Lee.