Love of My Life to end on a high note 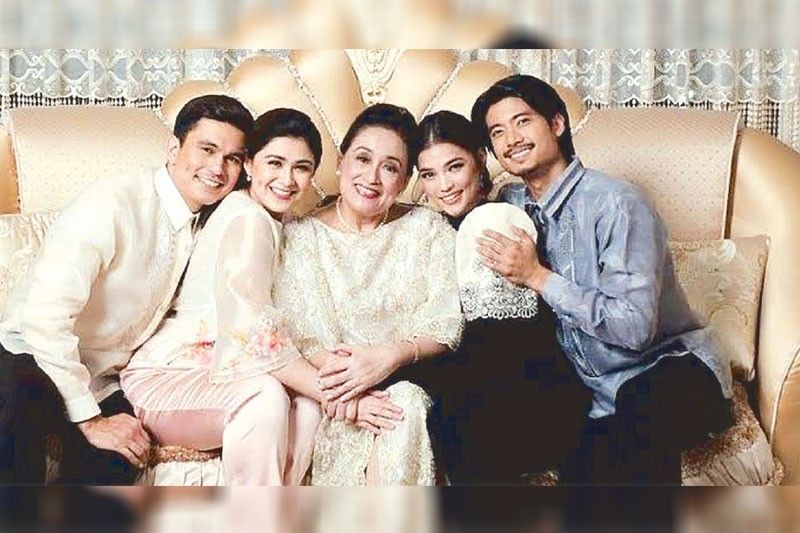 Love of My Life has got the nod of viewers with its compelling narrative and relatable dramatis personae. Even if its season finale will start next week, the family drama series continues to engage viewers, who have made it a consistent trending topic and a top-rated show.

“I always believe that the story is king,” answered director Don Michael Perez when asked where to attribute the show’s success in a recent media call via Zoom. “Even if you have amazing production values, if you don’t have a very good story, the viewers will not latch onto it.”

As for Carla Abellana, she attributed the series’ good run and following to “a combination of everything,” but the story remained on top. “It’s not your typical family story. There are times when it makes the viewers uncomfortable, especially with what’s happening to Adelle, who is going to fall in love with her brother-in-law (Nikolai). So it’s good that we offer the audience something different.” There are even viewers who understand Adelle’s plight and think that she perhaps comes from a place called love.

Carla and Mikael Daez play Adelle and Nikolai, respectively. Coney Reyes is Nikolai’s mother Isabella. Her other son is Stefano (Tom Rodriguez), the husband of Adelle. Rhian Ramos is Kelly, the woman Nikolai has decided to marry. “Maganda kasi iba yung atake at iba yung family dynamics,” shared Carla. “We give a lot of credit to our director, scriptwriter and the production team.” Like Carla, Mikael thought that the production team deserves a pat on the back, “especially in the lock-in taping, everybody really brought their A game not just in terms of their work, but in terms of being part of the team, I felt that,” said he, adding that the show’s X factor was the camaraderie of the whole team.

“It’s really a collaborative effort,” said Coney. According to her, Love of My Life had a great creative team and hardworking production people. Their director had a deeper understanding of every actor’s character. His insights did help in their characterization. “I believe when there’s unity, it is seen and translated in the work,” she added.

Since the drama mirrors (some) real-life struggles of a Filipino family and presents values to viewers to ponder, the veteran actress shared, “It’s really such a blessing to be a part of the cast of Love of My Life and I enjoyed working with this talented group immensely. (We’re) grateful with (the) feedback. We pray that it’s going (the show) to leave a mark in the hearts of people. I’ve been telling the cast and the production team that it will (hopefully) help them (viewers) to make wise decisions, Godly decisions in whatever problems they have in life.”

Do viewers expect another season for Love of My Life?

“Well, I’m sincerely hoping,” answered direk Don Michael, “if the cast is up to it, if the management is up to it. Actually, I already have some ideas on how a book two can progress. Let’s hope.”