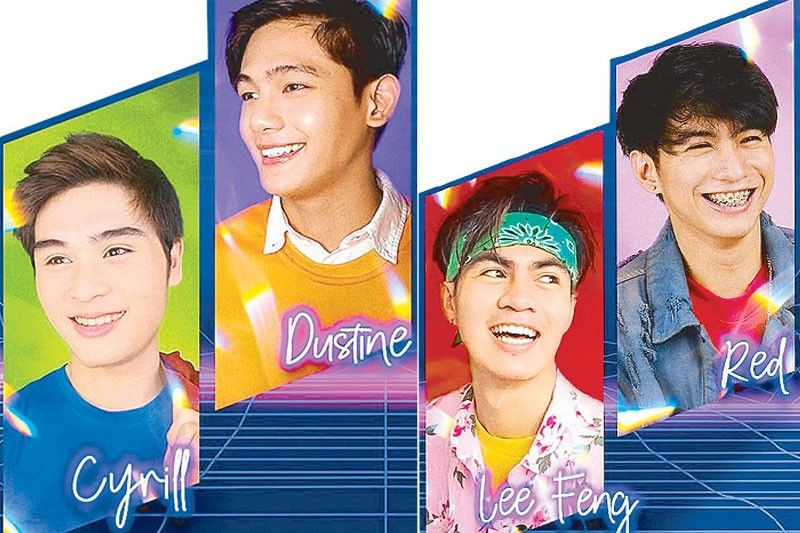 MANILA, Philippines — While it’s never really easy to find oneself choosing between love and career, the four finalists of the Kapamilya talent search Ultimate Bida Star: Boy Next Door have their eyes, mind and heart set on their goal. That is to have an acting career.

Cyrill Tumamak of Parañaque, Dustine Mayores of Manila, Red Mendoza of Las Piñas and Lee Feng Nuñez of Occidental Mindoro express delight over their feat as the Final 4, out of the 50 boy-next-door aspirants. They are not giving up a better career prospect than sticking with love.

“I believe that our opportunity to realize a dream does not come every (day), kumbaga once-in-a-lifetime lang ito,” said Red about his reason of focusing on the boy next door search. “So, I think it is best for me to concentrate on my future first for my family. Like what my mother would always say, ‘Yung lovelife, andiyan lang and it will come at the right time.’ And I believe this is not yet the right time for love because I strongly feel that this is the perfect time to reach for my dreams.”

Cyrill, on the other hand, has been trying his luck to enter showbiz since he was four years old. He recalled how his family would accompany him in auditions for talent searches like Pinoy Big Brother and Star Hunt. “Until now, I’m still chasing my dream (of becoming an actor). So, I would rather choose to be in the boy next door because it is more important to become stable first in my career not just for me but also for my family,” he said.

Like Cyrill, Dustine, Red and Lee Feng also took their chances in joining Kapamilya talent searches. As everybody knows, they finally made a successful attempt in Bida Star.

“Joining in auditions is no joke,” shared Dustine. “You have to be determined because based on my experience, naranasan ko pong magutom, mapagod kaya sobrang ginagalingan ko dito sa Bida Star.”

“I’m a fighter that’s why I don’t easily give up,” said Cyrill, “kumbaga, never say never that whatever happens or even if you fail, just try and work harder the next time until you achieve your goal.”

Meanwhile, the four boys are set to face their most important challenge that will test their passion for acting and display all the acting techniques they learned during the series of workshops under director Rahyan Carlos.

The final votes will be based on the KTX votes, Kumu diamonds and judges scores. Sitting on the jury panel are TVDG head Alex Asuncion, Star Hunt management head Raymund Dizon and direk Rahyan.

The finals night for the first Ultimate Bida Star: Boy Next Door will be held on Sept. 8, 6 p.m. on Star Hunt’s Facebook page and Kumu Channel. Grand winner will receive P50,000, a digital film with Kapamilya actors, an ABS-CBN management contract, a Star Magic workshop scholarship, and a chance to be shortlisted for interview in the Pinoy Big Brother Kumunity Season 10.

Those who want to support their idol can still vote until Sept. 6.

Share
Previous If you think this summer was hotter than normal, you’re right
Next Overpriced Tocilizumab sellers face up to 10 years in jail