Luis & Jessy: Meant to be

First, a correction: Their term of endearment is actually “How How” and not “Haw Haw” as some people have put it.

With that minor detail ironed out, let’s proceed to the big story.

Luis and Jessy Mendiola have capped their four-year romance with a fabulous engagement done on a beach in Amanpulo, Palawan, both of them dressed to the nines as if they had just come from a church wedding (oops! that would come much later!) and warming up for a honeymoon.

It was Jessy who conceptualized the “look.” The whole thing was done during the couple’s “staycation” in that island paradise from Dec. 3 to 8. Why the beach? 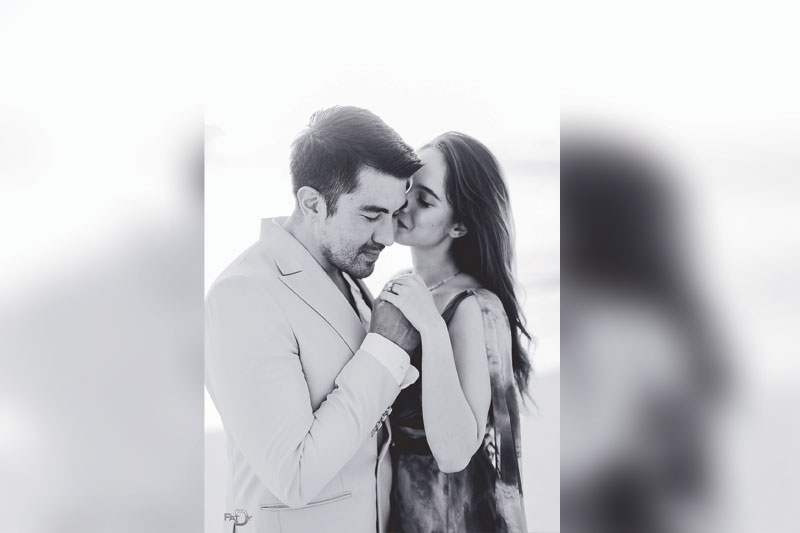 “Jessy and I are beach people,” Luis told The STAR, the only Philippine paper they granted an exclusive print-video interview (watch it on my YouTube Channel TheRealRickyLo). “That’s one of the reasons why we fell for each other because we have that same energy. Gusto namin palaging nasa tabing-dagat. Actually, we had been planning it way beforehand, months before pa. We were in touch with the team, including our photographer Pat Dy and the videographer.”

About time. As Luis’ mom Batangas Rep. Vilma “Ate Vi” Santos has been reminding him, “Anak, you’re not getting any younger.” But, added Ate Vi in a text message after the engagement (she kept mum all the while until the “revelation”), “Matagal-tagal na rin akong naghihintay sa final decision ng anak ko. I don’t want to make pakialam. At the end of the day, what’s important is his decision after all nasa edad na siya.”

In another exclusive interview with Jessy, asked what (among many things) she liked about Luis, she giggled, “His armpit, the part na papunta sa kanyang right chest. I love to tickle it; gusto kong kinikiliti siya.”

Confirmed Luis, “She loves to lay her head on my right chest (Jessy demonstrated it during the interview). She feels safe and secure that way.” 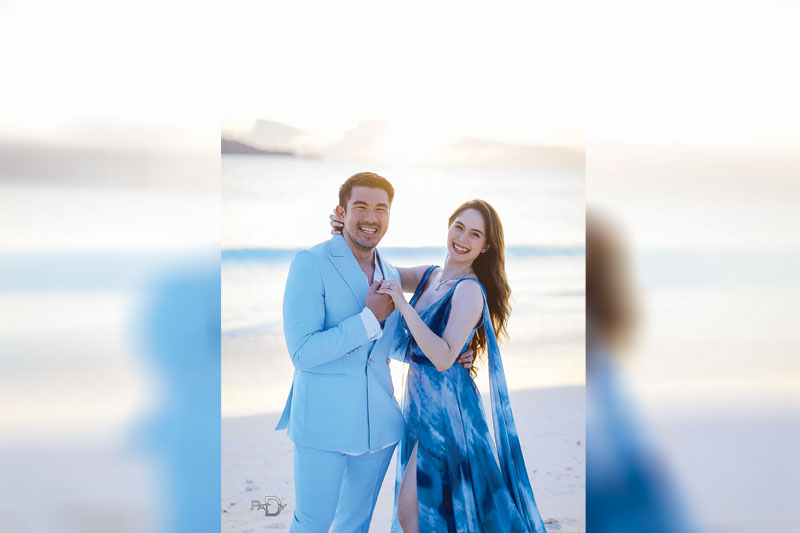 “The one thing that I appreciate about Jessy is her being family-oriented. Just like me, she gives importance to her family, kung gaano ka-espesyal ang pamilya. She also reminds me of my mom…very loving and very caring.”

It also means a lot to Luis that Jessy has developed a “bond” with his mom.

And how did they realize that they were meant to be?

Jessy: “I felt it when we were two years into the relationship. Si Luis naman, he has been vocal ever since that he’s ready na to settle down. Like I always told him, I appreciated the fact that he respected my timeline, until I was ready na. So hayun, everything just fell into place.”

Luis: “It’s not as if there were rainbows and butterflies with the ‘realization.’ You just feel that you really want to be with that person, somebody you can live with through good days and bad days, and you work hard at it because you know that the person is worth all the effort.”

At last, the ‘How How’ sweethearts get engaged on their favorite spot, the beach!

When Luis fell on his knees and opened the little box, Jessy gasped on seeing the ring. “Grabe, mukhang mahal! Muntik ko na siyang batukan, ‘Ang mahal nito!’ Joking aside, I’m just so grateful and flattered na pinagbigyan ni Luis ang dream ko to have a ring na ganito ang design.” Asked how much it cost, Luis begged off. “I don’t want to talk about it.” (A Funfare source described the ring as “three to four carats, 18k, white gold, with diamonds on the side, bought from the Manila Diamond Studio for P4 million.”)

“What matters is not the amount but the symbolism and meaning of the ring,” said Luis.

According to Jessy, before he proposed, Luis first made promises, such as…

Luis, addressing Jessy, “I promise to love you and to take care of you.”

“Ang dami niyang sinabi. When he finally proposed, I didn’t hear the rest of the proposal and only ‘yung ‘marry me.’ And I said yes.”

In yet another exclusive interview with Funfare, when asked what kind of wedding she wished to have, Jessy said, “A beach wedding.” She said it again during this interview, “I haven’t changed my mind. I still want a beach wedding. But everything is in the planning stage. We don’t even have a date yet.”

If and when, Ate Vi will hopefully (finally, finally!) have her long-time dream come true — have her first apo (grandchild), maybe not just one.

“Jessy and I plan to have three kids,” said Luis. Share
Previous Keep an eye on the sky as Jupiter and Saturn begin their close approach, appearing to almost touch
Next Glenn Close, Amy Adams deserve Oscar buzz for performances in Hillbilly Elegy