Magsayo capitalizes on dream to fight in Pacquiao’s undercard

Magsayo capitalizes on dream to fight in Pacquiao’s undercard 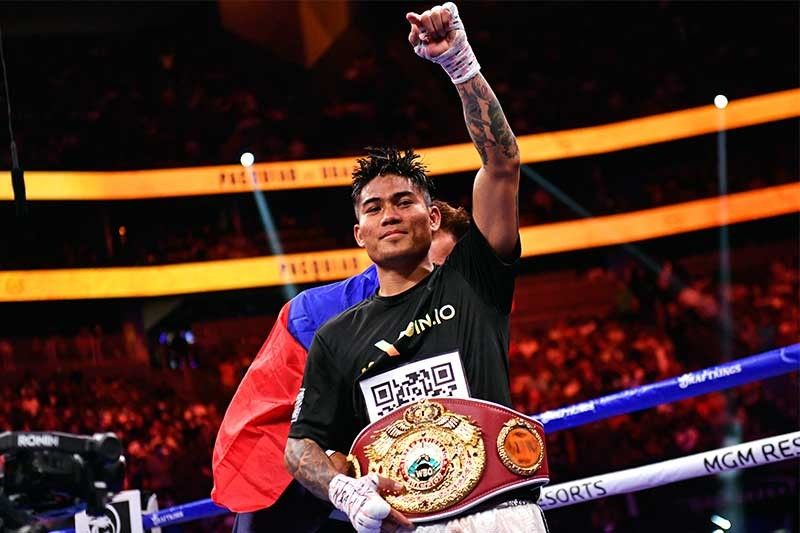 But most importantly, at least for the Tagbilaran native, it fulfilled a dream he had long chased — fighting in the same card as Filipino boxing legend Manny Pacquiao.

His bout against Ceja was one of the preludes to Pacquiao's clash with WBA (super) welterweight titlist Yordenis Ugas where the Filipino failed to regain the belt he won against Keith Thurman in 2019.

This didn't come by accident too, as it was something that the 26-year-old asked for specifically, wanting for so long to compete in the same event as boxing's only eight-division world champion.

"Yun yung sabi ko kay Sir Sean Gibbons… If Manny Pacquiao will fight here in Vegas or [anywhere], I need to undercard for [him]," he added.

When Gibbons and MP Promotions did in fact give in to Magsayo's wishes, he made sure not to disappoint.

The 25-year-old not only won his bout against Ceja, but did so in comeback fashion with the knockout.

The Filipino had been trailing in the scorecards before putting the Mexican to sleep in the 10th canto.

Now though, destiny awaits Magsayo to become a world champion himself as a title shot at the WBC featherweight belt came with the win.

Standing in his way is reigning titlist Gary Russel Jr.