Canadians are turning to holiday cards to spread some much-needed joy this year. In some cases, the personal touch of handmade cards is even helping to bridge the physical distance keeping so many people apart because of COVID-19.

The pandemic has brought incalculable sadness to many Canadian families, but for Niki Hawel, who lives in London, about 190 kilometres southwest of Toronto, the plight of seniors in long-term care homes was closest to her heart in the early days of the pandemic.

Those facilities bore the brunt of the early deaths, and precautions taken ever since have added to the sense of isolation in some of them.

“I thought about one of my grandparents being in a home and feeling like they were alone,” she told the CBC in an interview. “I couldn’t really process that.”

Which is why she hatched a plan to show residents of such homes that they were not alone in the best way available to her at the time: greeting cards.

The project first started with her and her daughter making cards for residents of long-term care homes in the London area, but as word of the project spread, more volunteers signed up. It has since grown to become something she calls the Smiling Seniors Project and has an ambitious goal: 2,000 greeting cards sent this holiday season.

“It seems like something that’s so small, but to them, it’s everything,” she said. “I didn’t want anybody thinking that they were just forgotten about.”

The U.S.-based Greeting Card Association told CBC News that it’s hard to get a handle on overall sales numbers this year because retail shutdowns are clearly having an impact, but the group that speaks on behalf of the greeting card industry says that cards aimed at expressing the sentiment that the sender is “thinking of you” are “up significantly” this year, and there are indeed “unprecedented increases in online purchases.”

“We are seeing earlier purchases of Christmas cards this year, and are optimistic that it will be a strong season, but it’s still too early to make that conclusion,” the GCA’s executive director Nora Weiser said in an emailed statement.

“The trend the last few years has been to purchase cards later, so the early strong sales this year bode well.”

Jon Hamilton, a spokesperson with Canada Post, says the letter carrier’s overall transaction volume is up by about 40 per cent this year, and a big part of that is cards.

“We know anecdotally this may be the year that everyone actually sent off those Christmas cards they buy every year and never quite get to, because they’re not going to make those in-person connections,” he said in an interview.

The vast majority of Hawel’s cards are homemade. But the need to reach out via a greeting card is driving a sales boom in the store-bought variety, too. Amy Kwong owns a card and collectible store in Toronto. The physical location is called I Have A Crush On You and is in the trendy Liberty Village area of the city.

Her greeting card business has changed this year. She normally sells mostly wholesale orders to other stores, but she’s noticed a growing business selling online this year to individuals via her web portal, Smitten Kitten.

The dark days of March and April were hard on her business just as they were on many others, but she says business has picked up since then as people wanted to find new ways to reach out to loved ones they couldn’t see face to face.

“A lot of our stores cancelled their orders, but come September, October, November, sales picked up again so Christmas wasn’t cancelled,” she said. “So that was good.”

Kwong’s seeing the biggest sales from one type of card: those with dark humour that poke fun at the world’s plight in the pandemic.

“The cards that we design are more lighthearted,” she said. “I think maybe they want to send something that will get a giggle out of their friends — and her top seller contains a lot of words that aren’t fit to print on this website.

“It sort of reflects the, you know, the pandemic that we’re going through.”

Other card sellers are seeing a similar uptick. E-commerce website Etsy sells handmade artisanal items on behalf of local vendors and it says searches for greeting cards on its platform have almost doubled this holiday season.

Montrealer Emily Schirmer is seeing that firsthand. She temporarily lost her day job in the spring when the pandemic first hit, which gave her more time to work on her Etsy store that was never really a major source of income for her before. “I had all this time so I started making illustrations and I made them into cards, she said.

“I started getting more sales and it just kind of took off during quarantine this year,” said Schirmer.

One of Schirmer’s most-popular cards riffs on an incident that most Canadians remember well: Justin Trudeau’s “speaking moistly” slip of the tongue in April. 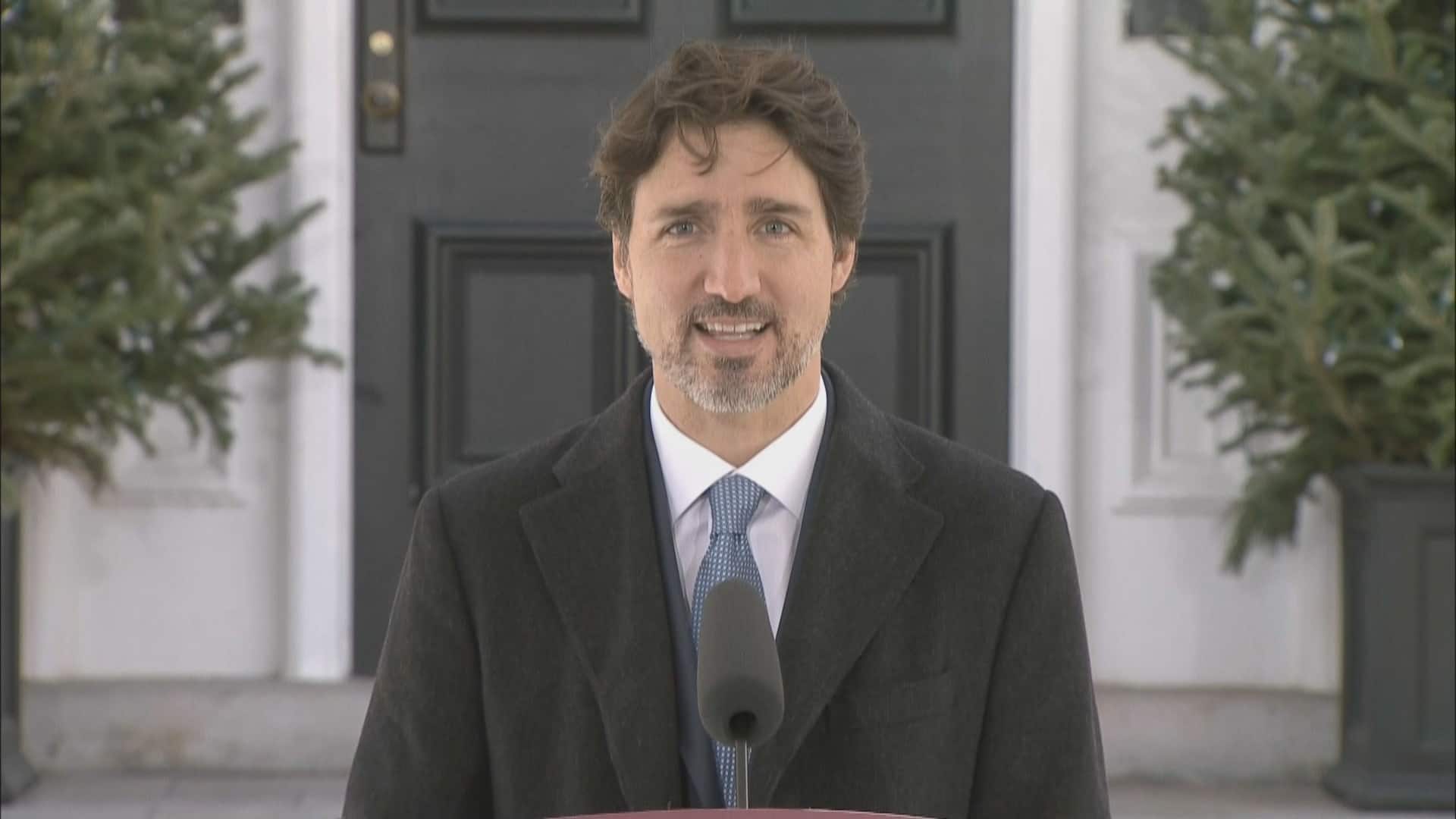 While he points out that he’s not a medical expert, Prime Minister Justin Trudeau said he understands that masks can help protect people from “breathing or speaking moistly” on others.1:15

She made a card about it, and her business blew up.

“The caption is, ‘I got you this card so I wouldn’t have to speak moistly on you,'” she said. “That was the card that really took off.”

Her sales have grown from about one a month before the pandemic to about 40 a day now. She had 27 orders total prior to this year, but is now up to 1,700.

While the pandemic has been tough on everyone, she says, she’s glad she’s been able to spread a little joy, and turn a passion project into a job for her, personally.

“I really wanted to do something that was very lighthearted and kind of added a little bit of humour to kind of lift people’s spirits a little bit,” she said.

While her Trudeau card was what got the ball rolling for her business, her top seller captures the spirit of this holiday season aptly.