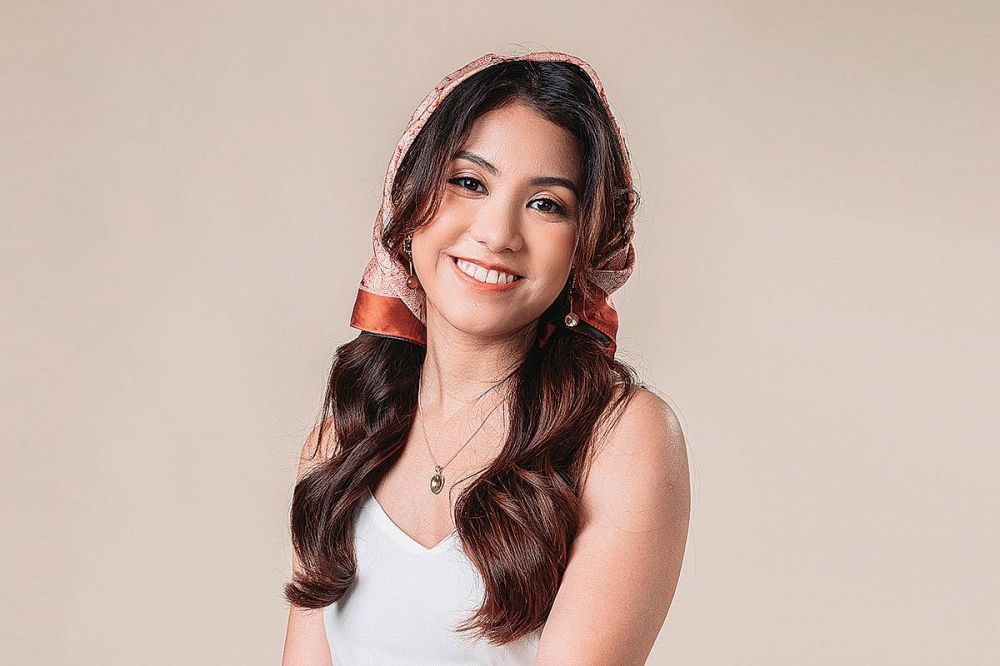 Up-and-coming Malaysian songbird Liesl-Mae is ready to conquer the international music arena with the release of her original song entitled “Headspace.”

The single marks her official debut as a soulful pop singer-songwriter with a knack for ethereal melodies and soaring vocals. “Headspace” is one of the first original songs that the Kuala Lumpur-based artist has ever written, noting that she penned the song in the beginning of 2020 when she found herself at a point in her life where she was feeling weighed down and overwhelmed.

“'Headspace' is a song about feeling like you are very lost. Like there's a lot of alarming things going on in your life. One thing to find peace, whether it's with someone, some place or something. I've got the inspiration to write 'Headspace' in going through it myself. It was an experience I had myself and to me, all I could do in that point and time was to write about it. It ended up being therapeutic and something I needed to release that tension and stress,” Liesl-Mae said in an exclusive one on one Zoom interview with Music Geek.

An advocate for mental health, Liesl-Mae is determined to openly address and discuss mental health in her music in the hopes of inspiring others, as well as to foster understanding around the subject matter – and she does it all with her heart on her sleeve. The proof is in her artistry.

“That's my goal for my first few releases,” Liesl-Mae added.

Liesl-Mae is one of the three new artists that Offmute, Sony Music Entertainment's new Southeast Asian label, signed upon its launch last year along with Indonesia's Mezzaluna and the Philippines' Clara Benin.

“It's very exciting. It is something I never thought I would get to experience because I thought that music would just be a hobby for me. So, now, to actually release original music, to record music videos and a lot of people I've met along the way, it's really an exciting journey and it feels very surreal to be doing this right now,” Liesl-Mae said on how she felt being signed with Offmute. She joined a band in high school and started to make covers online where she was discovered.

Prior to “Headspace,” she has previously released called “Solace,” a self-written and home-recorded single born out of the lockdown-stricken crucible that is life in a pandemic.

“The pandemic impacted me in terms of my creativity. I went into a bit of a slump and I just didn't feel like doing anything whether it was music related or not music related. I just didn't wanna do anything. So, that's how the pandemic affected me. But when things started to get better, I drew inspiration from the pandemic and feelings that I felt during that time to put that into songwriting,” Liesl-Mae shared.

“I think it would be great if my music would reach other parts of the world as well because essentially the message I wanna send especially with my first few songs now and my upcoming music is relatability and inclusivity. I want people to feel they are not alone and there's someone who can understand. So, I feel like if my music could reach a wider audience, that would be great,” Liesl-Mae said.

“Headspace” is out now on all digital music platforms worldwide. Here's the rest of the interview with the promising Malaysian singer-songwriter. Thanks to Chen Cornelio of Sony Music Philippines for this exclusive.

Music Geek: Are you a lyrics-first or a melody-first type of songwriter?

Liesl-Mae: It's hard to say because I had some songs where I would write the lyrics first and some songs where I write the melody first. For “Headspace” in particular, it was the lyrics first. It really depends on the experience I'm going through. If it's actually something I'm feeling or going through at the moment, then the lyrics tend to come to me easier. There are some days when I wake up then suddenly there is a random melody in my head and I just record it then revisit it another time. So, it's quite random in that sense.

Do you write songs to express your feelings or to direct a message to a specific person?

Both actually, so, with my songs at the moment, I've written them because I'm actually going through it. I feel the need to express my feelings. But at the same time, I also want whoever listens to it to know that if they are going through it, they are not alone. That there's someone who is going through it too.

You mentioned that songwriting is therapeutic for you – can you talk a little bit about this?

What is music to you?

Music is my escape. Whenever I'm feeling sad or feeling happy, I listen to it. Whenever I feel like I want to express something, I write music. It feels like a release, something that I go to whenever I need comfort and solace.

How did growing up in Malaysia influence your music?

I suppose the culture and the people. With my friends in school and people I've met along the way, I think music is something that connects people. I would have friends who recommend their music to me and I recommend my music to them. So, in that sense I really got a taste of a lot of variety of music. I think I wouldn't have been able to experience that variety if not for the many different people I've met along the way.

Who are your musical influences now?

Now artists like Dodie, Lizzie McAlpine and Bruno Major. I think they influenced me in terms of songwriting. Although their music may sound different, I tend to draw inspiration from the way they write songs. I think it's very genuine and honest. It's something that I want to be able to reflect in my music as well.

Any dream collaborations or any artists you want to collaborate with in the future?

The same artists that I mentioned. I think I would be able to learn a lot from them because they are super talented and the way they write music is amazing. I would love if I could collaborate with them one day.

What's next for you/what are you excited about?

More music. Stay tuned for that. What I am excited about is live shows. I haven't really done live shows before so I'm looking forward to starting that, meeting people and people singing along to my songs.

What is your advice to aspiring singer-songwriters?

Just put your music out there whether it's covers or originals. Don't be afraid to just put it out there. You never know who's gonna listen to it and find it. Now in the age of social media, anything is possible. You could go viral or the right person could see your content.

Can you give some random facts about you that people don't know about?

I've never had a nosebleed before. I am a Virgo. I was born in August. My favorite donut from Dunkin Donuts is the strawberry glaze donut.