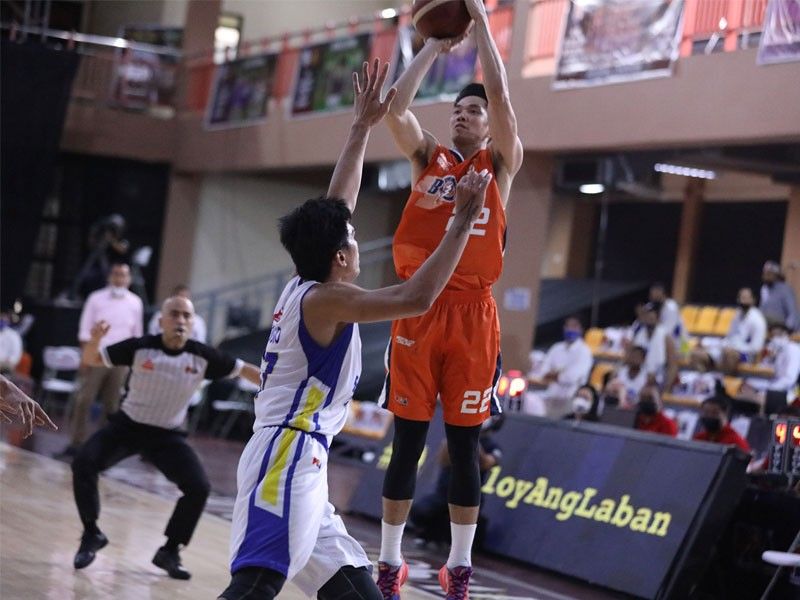 MANILA, Philippines – Meralco powered up to score a life-breathing 102-98 victory over Magnolia and make it a 3-2 contest in the 46th PBA Philippine Cup semifinal series Wednesday in Bacolor, Pampanga.

Facing a do-or-die, the Bolts responded with a lionhearted stand to survive Game Five and stop the Hotshots’ intended series wrap up and march into the finals.

Allein Maliksi bannered an array of heroes for Meralco, firing a playoffs-high 29 big points spiked by 7-of-8 three-point clip. His last trey gave Meralco a 99-93 cushion going to the last 1:20.

Nards Pinto chipped in a career-high 24 points, aside from defending against Paul Lee, while Chris Newsome shot 23 before fouling out. Back after a two-game absence due to ankle injury, Center Raymond Almazan scored nine, including three charities in the last 10 seconds that quashed Magnolia’s threat, to go with 10 rebounds.

More than staying alive, the rejuvenated Bolts gave themselves a fighting chance to force a 3-3 stalemate in Friday’s Game Six.

“We had our backs against the wall and it was a very gritty performance on the part of the players to go out and battle the entire game,” said Meralco coach Norman Black, whose charges didn’t waver despite facing an 11-point deficit in the opening period.

“We caught Magnolia on a good night. They really played well to try to shut us off and eliminate us but we stood our ground. We made some big shots down the stretch, kept our composure and gave ourselves a chance to come back in the series.”

Mark Barroca paced Magnolia with 25 as Calvin Abueva added 19 and Ian Sangalang netted 15 and 14. Lee finished with 13 but was held scoreless in the final canto.

But the Bolts, riding on Maliksi’s sniping, clawed back in the second frame and made it tight all the way to the finish.