Malonzo steers NorthPort away from peril, wins PBA Player of the Week plum 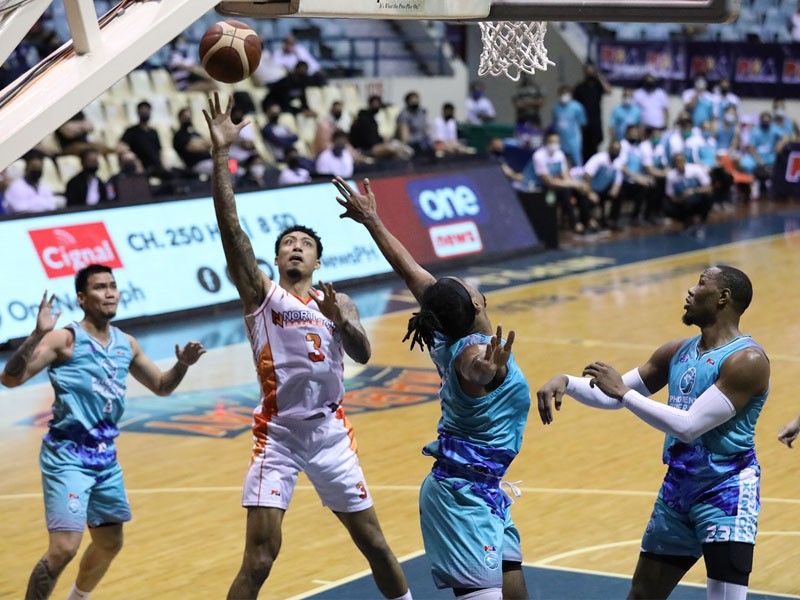 MANILA, Philippines – Just when Northport’s boat was about to sink in the middle of a storm made even worse by a crippled crew, an unlikely hero in rookie ace Jamie Malonzo came to the rescue.

The high-flying freshman rose from the deck and steered the Batang Pier out of the hole with a superb performance in their two big wins the past week that stretched the team’s winning streak following a flat 0-5 start.

Malonzo’s efforts were more than enough for the rookie to be named the Cignal Play-PBA Press Corps Player of the Week for the period Feb. 23-27, where he registered an all-around numbers of 16.0 points on 14-of-29 clip, 10.5 rebounds, 2.0 assists, a steal and a block.

He beat out NorthPort teammate Arwind Santos and Ginebra’s Scottie Thompson in a close race for the weekly citation handed out by the group of reporters covering the PBA beat.

The 6-foot-7 winger, picked no. 2 overall by the Batang Pier in the last draft, started his rousing week by tallying 19 points, five boards, three dimes, two steals and two blocks as Northport pulled off a huge 103-101 upset of league-leading Magnolia, handing the Hotshots their first and only defeat so far in the season-ending conference.

Malonzo hit clutch baskets down the stretch while complementing import Jamel Artis and Santos for a NorthPort side that misses the services of injured Kevin Ferrer, Jonathan Grey and Art Dela Cruz, as well as top gun Robert Bolick due to his Gilas Pilipinas duty.

The product of De La Salle then sustained his showing when he came through with a double-double of 13 points and 16 rebounds in the Batang Pier’s 101-93 victory over Phoenix Super LPG.

And he did everything even though he’s nursing a finger injury (right pinkie).

The Batang Pier have won their last three games for a 3-5 record, while staying in contention for a playoffs berth.

Also considered for the honor were the Ginebra duo of Japeth Aguilar and Christian Stanhardinger along with the NLEX pair of Jericho Cruz and Kevin Alas.