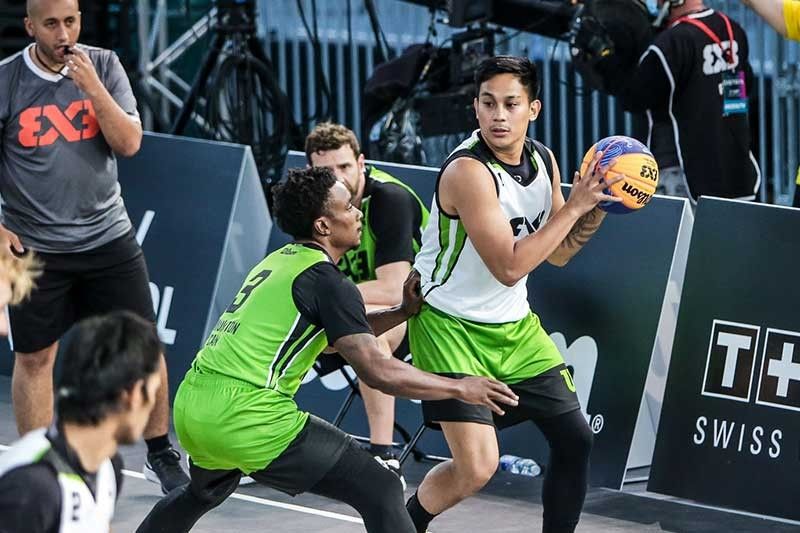 MANILA, Philippines — Manila Chooks TM was unable to move on at the 2021 FIBA 3×3 Montreal Masters after absorbing a close 16-21 loss to World No. 10 Edmonton at the Place de Festivals in Canada on Saturday (Sunday, Manila time).

Despite a gallant stand from Mac Tallo to keep the Filipinos within streaking distance of the Canadians, fouls plauged Manila Chooks in the endgame.

The team's seventh foul put Edmonton's Steve Sir to the free throw line for two freebies, which he converted to put his team at match point.

Alex Johnson then knocked down the game-winner with 2:53 ticks left to send Manila Chooks packing.

Tallo finished with a game-high 11 points, but it wouldn't be enough.

Dennis Santos and Mark Yee added to Tallo's scoring barrage with two markers each while Zach Huang had one point.

Earlier in the day, they suffered a 9-21 loss to world no. 8 Antwerp whose players finished fourth in the recent 2020 Tokyo Olympics.

Manila Chooks head trainer Aldin Ayo lamented that his team wasn't able to show how hard they prepared for the tiff.

He, however, shifted the blame to him and the coaches.

"We have no excuses," said Ayo.

Manila Chooks finished the tiff in joint-10th place among 12 teams with USA's Omaha with identical 0-2 slates.

They averaged 13.5 points in the contest.