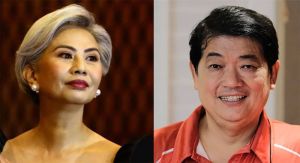 AS far as lawyer Alex Lopez is concerned, the election in Manila isn't over as he ramped up his protest against the newly-sworn Mayor Maria Sheilah “Honey” Lacuna-Pangan, urging the Commission on Elections (Comelec) to take into its custody the disputed ballots in over 1,000 clustered precincts in the May 9 elections while linking some of poll personnel in a “clandestine transport of ballot boxes.”

Lopez, who came in second in the city polls, filed his protest contesting the election and proclamation of Lacuna-Pangan alleging that massive electoral fraud, anomalies and irregularities were committed in all the 1,859 clustered precincts in Manila.

Lopez said in the Amended Manifestation and Motion he filed with the Comelec, he also asked the poll body to make “immediate, appropriate and necessary precautionary steps and measures for the safekeeping and custody as well as to safeguard the integrity” of all election paraphernalia related to the May polls in the city.

In his motion, Lopez, the eldest child of former Manila mayor Gemiliano “Mel” Lopez, also alleged that on June 18, people identified with the Comelec were seen “clandestinely” transporting boxes containing the May 9 ballots from the Manila City Treasurer's Office at the Manila City Hall to the Diamond Hotel in Manila City where a Random Manual Audit (RMA) was being conducted.

An RMA is the process of examination to determine whether the automated count of the Vote Counting Machines (VCMs) under an Automated Election System (AES) is accurate based on a manual verification of said count.

Sought for a reaction, Comelec spokesman John Rex Laudiangco said on Saturday that there was “no clandestine transportation of ballot boxes”.

Laudiangco said that Lopez could be referring to the ballot boxes that were randomly selected and transported to the Diamond Hotel for the law-mandated RMA.

“All ballot boxes randomly selected and transported to the Diamond Hotel under official and lawful Orders of the Comelec are part of 'public processes and procedures' of the Random Manual Audit as required under law,” Laudiangco told The Manila Times.

Laudiangco said the official RMA Committee proceedings have been concluded already and therefore, all ballot boxes subject to RMA are now being returned to their respective custodians under the law — the treasurers of cities and municipalities — from which said boxes were retrieved from.

As to the disputed ballots in the 1,895 clustered precincts in Manila, Laudiangco said that the manner of retrieval and return of ballots boxes of precincts subject to an election protest were covered by the Comelec Rules of Procedures, including Resolution 8804, among other supplemental/amendatory resolutions.

Based on the final tally of election returns by the Comelec, Lacuna-Pangan obtained 534,565 votes in the May 9 elections over the 165,551 votes of Lopez.

Lopez argued that this was a “surprise” because the conduct of RMA should be made accessible to the public for observation. He also expressed belief that the conduct of the RMA at that stage violated Comelec Resolution 10774 prescribing the rules on the Conduct of RMA for the May 9, 2022 elections.

He called on the Comelec to summon the heads of the RMA Committee and the Electoral Contest Adjudication Department to explain what really transpired at the Diamond Hotel.

Pictures of the incident at the Diamond Hotel, as well as a transcript of an interview with a Comelec official confirming the report, were used as evidence and were attached in the latest motion filed by Lopez.

Lopez also revealed that his camp received reliable information that Mayor Lacuna-Pangan has allegedly tapped an “influential personality” to lobby with Comelec high officials for the dismissal of his electoral protest case.

“Whether true or not, this is definitely alarming and has increased the necessity to protect the integrity of all the protested ballots,” he told The Manila Times in an interview over the weekend.

In her verified answer to the allegations raised in the electoral protest, Lacuna-Pangan said the vote difference between her and Lopez proves that there is “nothing presumptive” in the election results.

Moreover, Lacuna-Pangan said she is the true and legitimate winner and the overwhelming lead she has over protestant Lopez is a “concrete manifestation of the electorate's true choice.”

“The votes credited to the parties were actually cast by legitimate voters, counted by the corresponding Vote Counting Machines, correctly transmitted at the clustered precinct level to the Comelec Main Server, to the Transparency Server and to City Board of Canvassers of Manila City (CBOC) which in turn consolidated the results,” she said.

Moreover, Lacuna-Pangan said the allegations were not supported by evidence but were “mere naked allegations” that Lopez failed to substantiate.

With regards to the allegations of vote buying, Lacuna-Pangan argued that in election law, vote buying as alleged is not a proper ground of an election protest.

“The truth or falsity of vote buying can neither be proven or disproven by the recount of the ballots. Allegations regarding supposed vote-buying constitute possible election offenses that are not proper subjects of an election protest,” she said.