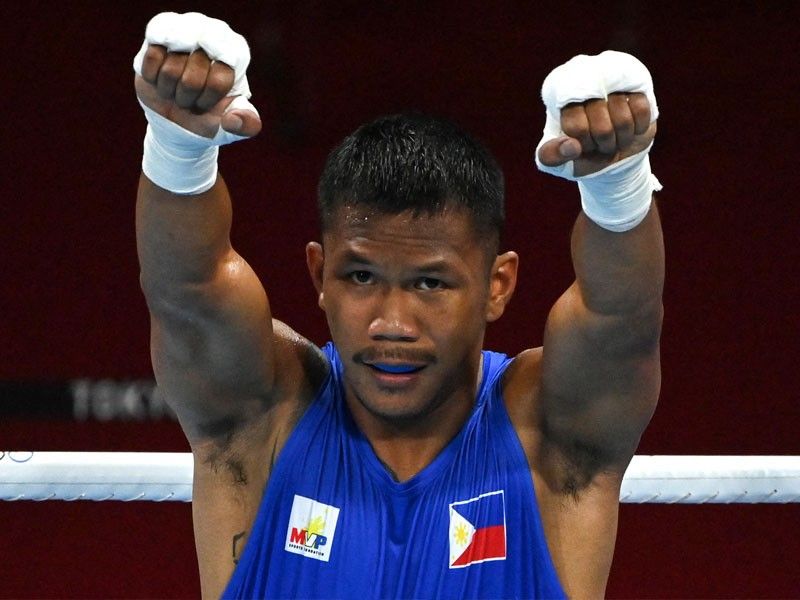 Highly motivated, the Valientes, being supported by Mike Venezuela of MLV Sports, Kap James Siapon, and the Navarro family of Zamboanga, stunned Clarin, 70-68, in the opener of their best-of-three semifinals series in the Chooks-t0-Go Pilipinas Vismin Super Cup later in the evening at the Pagadian City Gymnasium.

The Valientes consider Marcial not only a fellow Zamboangueno but as a team member because the top middleweight prospect trained with them two months before flying over to the United States to conclude his Olympic preparations in Colorado Springs.

No wonder, the Valientes, led by co-owner Junnie Navarro, watched Marcial's round of 16 knockout of Algerian Younes Nemouchi on June 29 and celebrated his quarterfinals victory over Darchinyan that assured him of a medal in the quadrennial Games.

According to Navarro, the Valientes and the Zamboanguenos will again throw their full support to Marcial when the pride of Brgy, Lunzuran tangles with Oleksandr Khyzhniak of Ukraine on August 5.

Pitted against the second-ranked Clarin, the fifth-ranked Valientes played with resilience but still needed the heroics of local hero Jerrom Ferrer to avenge the 69-95 trashing they suffered from the same opponent in their first encounter.

Given quality minutes by coach Tony Pardo, Ferrer delivered with four crucial points in the homestretch to key Zamboanga's victory.