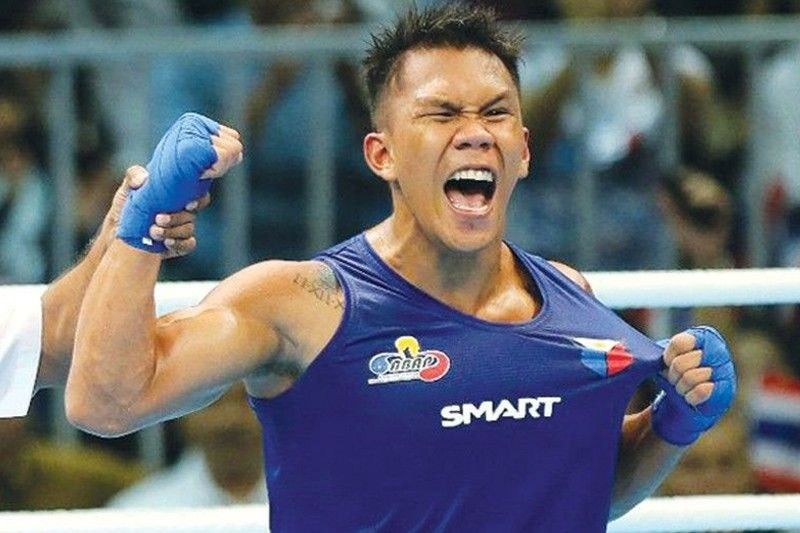 MANILA, Philippines — Tokyo-bound Eumir Marcial remains undecided on whether to stay in Los Angeles where he has a scheduled professional fight in March or go back to the Philippines to join the national team in a training camp in Calamba, Laguna.

“I haven’t talked to sir Sean of what’s his plan yet,” said Marcial, referring to MP Promotion’s Sean Gibbons, in an interview with Radyo Pilipinas yesterday. “For now, I’m still not sure what’s my plan and we’re still looking at what’s the best thing to do.”

Marcial, one of the country’s best hopes to end its long search for the elusive first Olympic gold medal, stressed the need to have a full-time training.

“I’m doing great with my training with Freddie Roach but there are still some things lacking. Here, I have no coach and I can’t do 100-percent training that I would need in my Olympic training,” said Marcial.

Marcial said he is weighing his options.

The Pinoy pug said he would lose his time training with Roach and sparring with quality training partners if he flies back home.

At the same time, he feels going to the “Calam-bubble” would give him the luxury of training with a full coaching staff.

“We’re still talking about it but will decide what’s really best for me because I’m doing everything, making sacrifices for the country,” said Marcial.

The Association of Boxing Alliances in the Philippines has expressed its desire to have Marcial in the training camp in Calamba as well as in Thailand next month as part of their Olympic preparation.