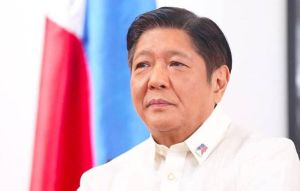 Guillermo is currently an assistant governor at the Bangko Sentral ng Pilipinas (BSP) who heads the BSP Technology and Digital Innovation Office and manages the BSP's IT Modernization Roadmap of 2018-2033.

Guillermo has been cited for successfully implementing the Philippines Tax Computerization Project, which established a modern tax collection system for the BIR and the Bureau of Customs (BoC).

“Lumagui is a tax lawyer with decades of experience who once served as the Regional Investigation Division chief of revenue Region 7B East NCR,” she said.

De Leon, meanwhile, who will head NICA, is a member of the Philippine Military Academy (PMA) Matatag Class of 1971.

He is currently the president of the Philippine Public Safety College (PPSC).

PPSC serves as the premier educational institution for the training, human resource1 development, and continuing education of all police, fire and jail personnel.

With the nomination, de Leon would become part of Marcos' security cluster with other officials from the Departments of National Defense, the Interior and Local Government, Foreign Affairs, and Justice; the Armed Forces of the Philippines (AFP); the Philippine National Police; and the National Bureau of Investigation, Cruz-Angeles said.

Meanwhile, the AFP welcomed the appointment of its former chief, Gen. Jose Faustino, to the DND.

In a statement on Friday, AFP spokesman Col. Ramon Zagala said Marcos' appointment of Faustino as officer in charge of the DND was a welcome development, citing his “38 years of military service.”

Defense Secretary Delfin Lorenzana also said on Friday that he expects Faustino to “hit the ground running” when he formally assumes his post as officer in charge of the agency and expressed confidence that he would “continue the department's momentum in our internal security and external defense operations, as well as the modernization of the armed forces and the entire defense organization.”

The now outgoing Defense secretary said he looks forward to working with Faustino and his team in the transition period leading up to June 30.

Following a law that requires retired military officials to serve out a year of their retirement before assuming a government post, Faustino will first be designated as an undersecretary.

Faustino is a member of the Philippine Military Academy's Maringal Class of 1988.

He was also commander of the Joint Task Force Mindanao and commanding general of the Philippine Army before being appointed military chief.

Outgoing senator Panfilo “Ping” Lacson himself supported the appointment of Faustino even after he objected to his appointment as a 3-star general.

“My objection to his appointment earlier as a 3-star general being the commanding general of the Philippine Army had nothing to do with his competence but his disqualification due to the prohibition under Presidential Decree 1638, having less than one year before retirement,” Lacson said.

WITH REPORTS FROM FRANCIS EARL CUETO AND JAVIER JOE ISMAEL