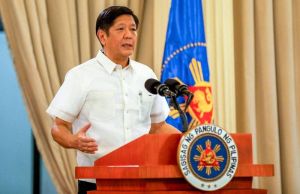 The new appointments come amid calls for Marcos to name a permanent Agriculture secretary by year-end.

Prior to being designated SRA acting administrator, Alba was the general manager of the Asociacion de Agricultores de La Carlota y Pontevedra (AALCPI), a group of sugar farmers in the country with 11,000 sugar farmer-members.

He replaced Hermenegildo Serafica, who resigned from his post amid the controversy involving Sugar Order 4 (SO 4), which would have allowed the importation of 300,000 MT of sugar.

The Palace said the order was illegal because it was rejected by the President.

The SRA is a government-owned and -controlled corporation attached to the Department of Agriculture by virtue of Executive Order 18. It was established in 1986.

It is mandated to promote the growth and development of the sugar industry through greater and significant participation of the private sector and to improve the working conditions of laborers.

The agency concentrates its efforts on effectively discharging regulatory, research and development and socio-economic activities such as the livelihood programs for the sugar workers.

Former Agriculture secretary and Federation of Free Farmers Chairman Leonardo Montemayor said Marcos should be given until the end of the year to appoint a permanent secretary of the DA.

Montemayor was reacting to a statement by Sen. Risa Hontiveros who underscored the urgency to name the new DA chief.

“It might be better to wait a while. Perhaps give the President until maybe the end of this year,” Montemayor said.

Hontiveros had said Marcos should reconsider his position and appoint a competent and full-time Agriculture secretary who will end the controversies within the department and address the looming food crisis.

Montemayor said there was also an “advantage” if the President himself was acting secretary “because then the needs of the department and the sector will certainly be given the highest priority.”

Montemayor cited the meeting of Marcos with the economic managers where he ordered them to increase the budget for the agriculture sector.

Montemayor said that “if the agriculture secretary was another person and then he sits together with his peers and discusses the budget for the department, it will be a long debate.”

On the other hand, Montemayor lauded the decision of major supermarkets to bring down the retail price of refined sugar to P70 per kilo.

“But the question is for how long this emergency action will last? For as long as this effort will be sustained, it will be a great help, especially to the consuming public,” Montemayor said.

Montemayor also warned that the smuggling and profiteering will persist with the tight supply of sugar in the local markets.

Montemayor said that the importation of 150,000 metric tons of sugar should be a balancing act to ensure that the local industry will not suffer.

“The government should make sure that farmers will not be prejudiced and, at the same time, the consuming public will be protected by higher prices,” Montemayor added.

“The president himself said there is a need to import but the volume was reduced to 150,000 metric tons from the original 300,000 metric tons. The timing is very important,” he said.