Health is a top priority in the Dingdong Dantes-Marian Rivera household. Now blessed with two adorable kids, Zia and Sixto, the 'Kapuso Primetime King and Queen' are taking the most important roles of their lives very seriously. 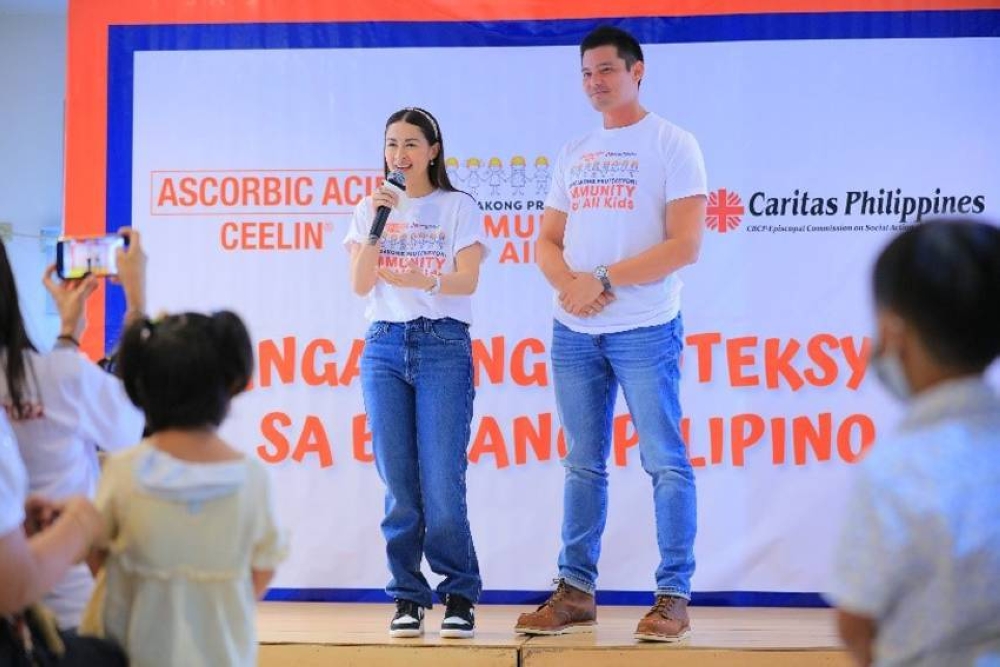 The power couple hopes to give the gift of nutrition and immunityto underprivileged kids through Ceelin’s ‘#PangakongProteksyon#ImmunityForAllKids’ campaign.

“Parenting is a very challenging task. As we discover every day, andami naming natutunan. I think during this pandemic, bottom line is kalusugan ang pinaka-kailangan natin. We want to do so many things. Our kids want to do so many things. But the fact is that marami pang darating na mga hadlang like viruses and the only way to fight them is to have a strong immunity,” Dantes said.

To boost their immunity and their hyperactive kids', the couple found a strong ally in Ceelin Plus, one of the products of Unilab. It has Ascorbic Acid + Zinc that provides double protection plus with stable ZincPlus Technology that helps give fully loaded immunity with proper diet and healthy lifestyle.

Like all happily married couples, Marian finishes off Dingdong's sentences seamlessly as she chimed in, “Sa bahay kasi nag-eendorso kami ng isang produkto palagi na kailangan na ginagamit ko. Ayoko 'sya i-endorse just for the sake of the money or because of may endorsement ako, no.

No child left behind

With their combined star power, they both have lent their support to help typhoon victims, over the years and once joined PETA in their campaign to free the elephant Mali from the Manila Zoo. Dantes founded the Yes Pinoy Foundation while Rivera is a dedicated woman advocate of breastfeeding and women with special needs and staunchly supports Smile Train. 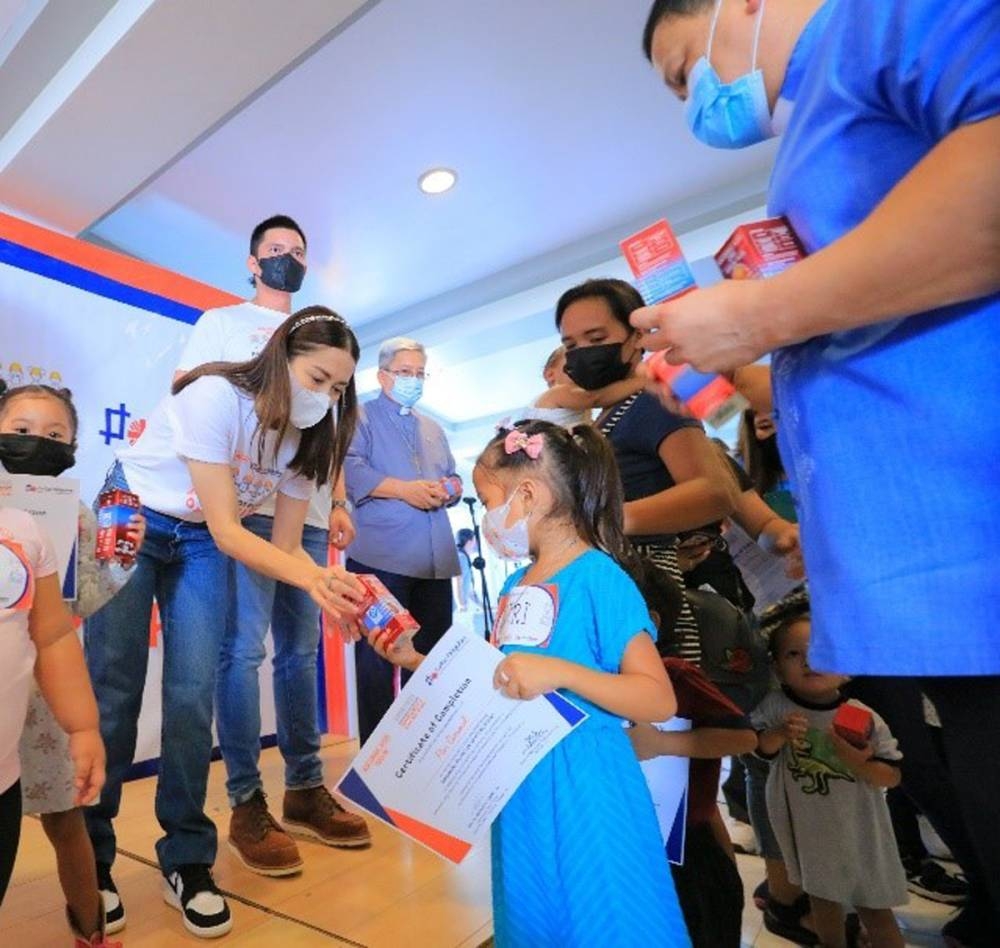 An estimated 100,000 kids from geographically isolated anddisadvantaged areas who are nutritionally-deficient have been givenvitamins since the project started in March 2022

But as overly protective parents, they now have a new cause near and dear to their hearts.

The project is a partnership between Ceelin and Caritas Philippines, the humanitarian, development and advocacy arm of the Catholic Bishops Conference of the Philippines (CBCP), under the direction and supervision of the Episcopal Commission on Social Action-Justice and Peace (ECSA-JP).

An estimated 100,000 kids from geographically isolated and disadvantaged areas (GIDA) who are nutritionally-deficient have been given vitamins since the project started in March 2022, helping them strengthen their immunity against sickness especially since the world is still in the midst of a pandemic.

To help ease this problem, the couple distributed Ceelin vitamins to kids under the care of Caritas Philippines at the Obispado de Cubao, Quezon City, right in front of the Immaculate Conception Cathedral where they married in 2014.

The project vows to leave no children behind as it goes full blast nationwide, from the hinterlands of Bontoc in the Mountain Province to the secluded islands around Tawi-Tawi, benefiting about 1.2 million this year.