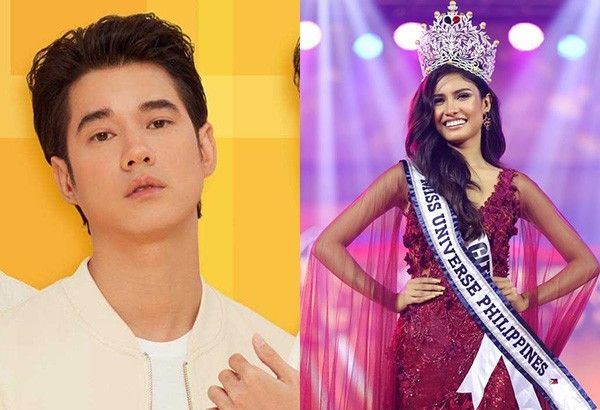 In a virtual press conference of Mario together with Thai superstars Nonkul Chanon and Gulf Kanawut as new TNT ambassadors earlier today, the “PeeMak” actor was asked if he knew that Rabiya is an avid fan of him.

“Yes, I heard that,” Mario answered.

Mario then said that he wishes Rabiya will perform well at the world's most prestigious pageant.

“I wish her good luck because I heard that she’s in the competition so I wish she have a good luck,” Mario said.

The commercial was launched via livestream at the first ever “TNTCON2021.”

TNT’s move comes as more Filipino youth have turned into big fans of Thai series and films, giving in to the so-called Thai Invasion, a term used to describe the phenomenon of Thailand’s growing prominence in the international pop culture scene.

“Filipinos and Thais have always had mutual appreciation for each other’s wealth of entertainment content, but we’ve seen this grow even bigger recently as more Filipinos enjoy easy access to streaming platforms and social media through TNT’s value-packed promos,” said Jane Basas, Senior Vice President and Head of Consumer Wireless Business at Smart.