Forty years into a storied showbiz career, prime balladeer Martin Nievera is as busy as ever and has written a new song to boot.

In his usual upbeat self, Martin exclaimed, “I've been great! Trying to keep busy, trying to keep sane.” And asked how he keeps himself positive, he jokingly answered, “These are the times we not supposed to be positive remember? We're supposed to be negative!”

And just like that, he jumps right into storyteller mode. 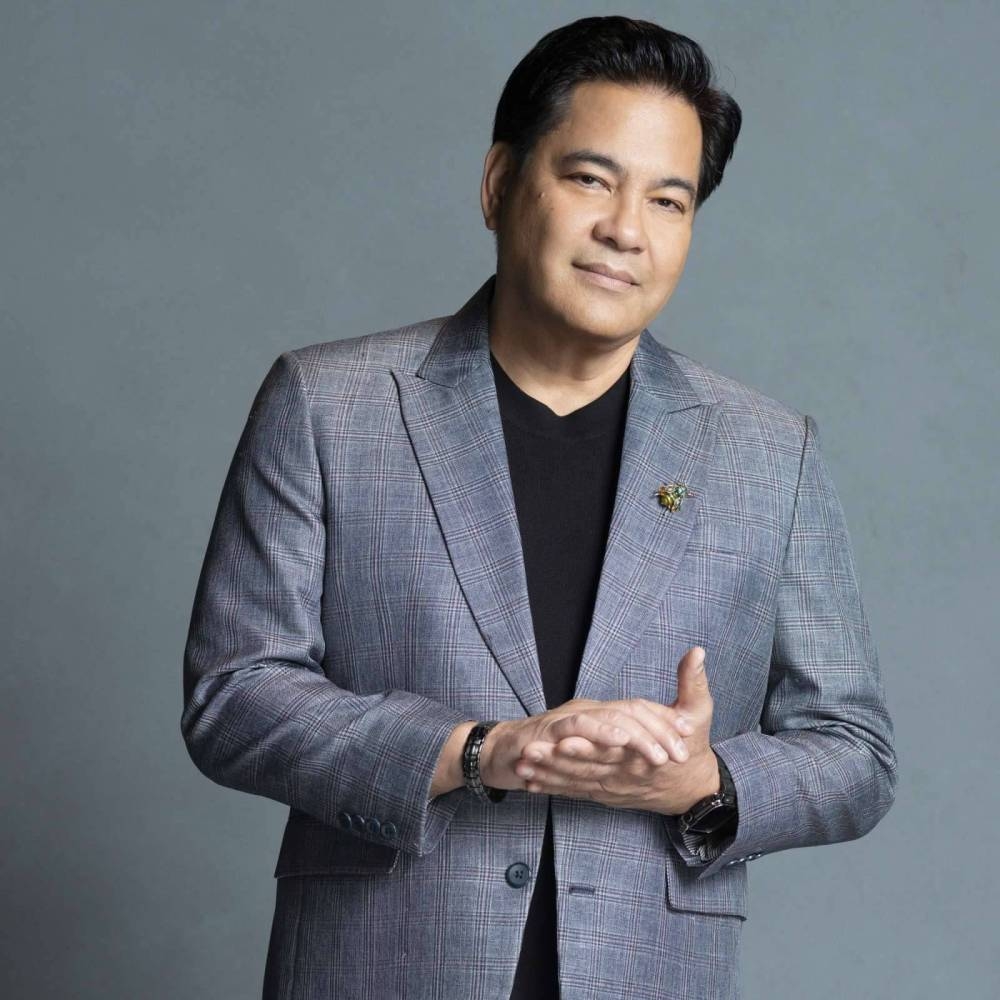 Martin Nievera is excited to perform before a live audience for his 40th anniversary in the music business.

For this, Martin found inspiration in the situation we've all been in the past two years.

“I think If I were to speak for everybody, what everyone's been going through, in their quiet time, and believe me we've had a lot of those, they're thinking of happier days that once was, and happier days that are to come, sana!”

Martin said about the genesis of his new song, “There are dreamers like myself who can put himself out of a negative situation and find something good in it all. Like being able to do the things I haven't been able to do before or to appreciate the life that I have now. So, when Homer Flores sent me the melody and the music…”

He said that he got the inspiration for his lyrics, from singing a particular classic.

“I've always ended a show (during those shows online during the pandemic) with the (Charlie Chaplin) song 'Smile.' A serious song, written by a comedian reminding everybody that there will be happier days to come.”

Stating that he wanted something similar that inspired the same feeling, Martin thought of the title “Smile Again” and “After I had that title, everything was easy.”

“I just wrote all of the beautiful thoughts that come to my mind and thinking in third person, I thought of how other people can relate to this song and (that's how) I realized the words that I chose. I think everyone can relate to that, everyone wants some reason, big or small, to smile again.”

And just like that, Martin Nievera has written his first ballad after a long while.

He added, “It's so funny, when there was no pandemic, I was down. But during the pandemic I think I was the most positive,” exclaimed Martin. “What kept my mind busy was doing things I took for granted way before when I was so busy trying to be famous, you know, trying to be a singer and making some hit songs and hit concerts. I forgot that that God put me on this Earth, not to make money, not to be famous, but to be a singer, to sing.”

And what a wonderful sounding new song it is that Martin Nievera has brought–a big, piano-driven, feel-good ballad that can sit nicely alongside his greatest hits. A relaxed little tune that in Martin Nievera's own words, is the type that can “heal and inspire.”

“I remembered that I was supposed to be the guy you run to, to feel a certain emotion.”

“I realized again my love for singing.”

Martin related how excited he was to perform before a live audience. “It seemed I was back during my Vicor days. The people cheered when they saw me onstage. The people were excited to see a live show. They were hungry to see someone go onstage live,” said the Concert King.

“After two years of just performing in a virtual show, I am very happy and excited to see the faces of the audience. Doing a live concert was some kind of experiment for me. And I love being the guinea pig. Will the people come and watch? Will they wear masks on the show or not?”

Martin is celebrating his 40th anniversary in the music business on July 5. He has indeed gone a long way. From being a singer, he became a TV host. He has been singing in “ASAP” and he has a talk show on ANC titled “LSS.”

“I need to reinvent myself so that I can connect to the millennials. But when I have concerts, the audience wants me to sing Be My Lady. It's one of the most requested among my songs. But I have to accept that some of my songs represent a certain niche in the industry.”

Martin says he is still enjoying his musical journey and he will continue singing until the next 40 years, even in a small venue. He wants to continue sharing his music.