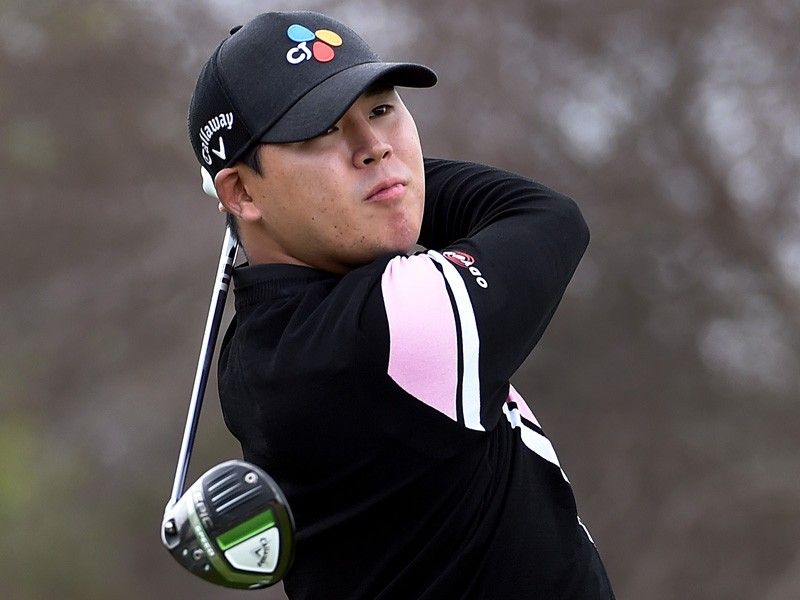 Korea’s golf star Si Woo Kim cannot wait to hear the roars return at the Masters Tournament this week. And he hopes to be one of the reasons for the noise.

With a limited number of fans, or patrons as they are better known at Augusta National Golf Club, allowed on site to watch the year’s first major, Kim hopes to savor in the atmosphere and launch a title challenge for the Green Jacket awarded to the champion.

“We have played without fans over the last few months. When I hit good shots and made good putts, I couldn’t get motivated and get my energy up because I didn’t hear any loud cheering. But now, with some fans coming back, we get a lot more cheers. I think it gives me added motivation and energy. I think it's really good for me. I hope many fans will come and watch good shots and have a good time with us,” said Kim.

The first time he stepped into Augusta National in 2017, Kim felt like he was in a dream.

“When I was young, I watched the Masters a lot on TV. I saw players hit great shots on a great course, and I know all the famous holes. When I came here at first, I thought the course condition was way better than I imagined. It was almost flawless, it was very impressive. I felt like I am in a dream,” he recalled.

His debut though proved to be short-lived as rounds of 75 and 81 saw him make an early exit. However, the rising star proved to be a quick learner as he soon mastered the intricacies and nuances of Augusta National, and in subsequent visits, he has finished T24, T21 and T34, results which have only reinforced his belief that he can compete for the Masters title.

“I think it's very meaningful to participate in the Masters. The first time I played, I was so nervous that I didn't play as how I wanted to, but after that, I had a little more experience and I think I could play well and this course fits me. Somehow, I have played better here than in the other majors,” said Kim, who currently ranks 23rd on the FedExCup points list.

“The Masters is a big competition and it's an honor to participate in it. It is my dream to play with best players on a best golf course. I never thought we would play the Masters twice in one season. When I played last November (the Masters was rescheduled last year due to COVID-19), I couldn't qualify for the next one. I was a little worried but I'm really happy to be able to play again after winning at The American Express in January,” he said.

Still only 25, Kim is already a three-time PGA Tour winner, ranked only behind eight-time winner K.J. Choi as the Korean golfer with most wins on Tour. He earned his breakthrough at the 2016 Wyndham Championship and nine months later became the youngest winner of The Players Championship, the Tour’s flagship tournament. He ended a three-year winless drought in January, claiming an impressive win at The American Express.

As The Players Championship boasts the strongest field of any golf tournament, Kim has shown he has the bit in between his teeth to withstand the pressures of challenging for a first major victory. To date, Y.E. Yang remains as Asia’s lone major champion when he triumphed in the 2009 PGA Championship while the best Masters finish was achieved by Sungjae Im, who came in joint runner-up five months ago.

Kim hopes to get into the Masters mix comes Sunday afternoon. “Competing with good players is the reason why I play golf. There is pressure and excitement. It will be good to compete well with other talented players,” he said.

With close friend Im also enjoying success on the PGA Tour, Kim believes their friendship has become a motivating factor for him to push the limit in his own game. “Sungjae has been so good and hot for two to three years now. I'm very happy and proud of him. Looking at the Korean players on the leaderboard each time, I feel proud more than ever before, and it makes me want to work hard too. I think it's an opportunity for Korean players to motivate each other,” said Kim.

“The first time we met was when I was 15 in a junior golf tournament. He was very calm and good at golf even though he was young. I was already impressed by Sungjae’s game at that time. Then he won at The Honda Classic (in 2020) and became one of the best players on Tour now. Seeing that gives me lots of motivation and makes me want to work even harder.”