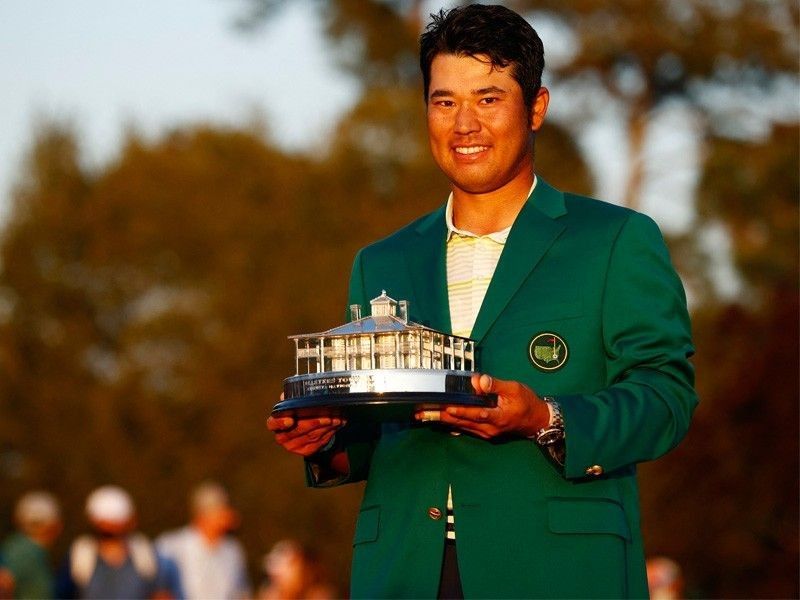 A boyhood fantasy that turned into reality for Hideki Matsuyama is now destined to spark new dreams amongst Asian kids and potentially create the next golf rush in Japan and across the region.

Like so many, Matsuyama, 29, grew up watching his idol Tiger Woods dominate the Masters Tournament at Augusta National, often wondering if he would one day compete at the revered golf tournament and earn all of its customary trappings — a Green Jacket, lifetime tournament winner’s exemption and that exclusive dinner date every Tuesday of the tournament week with fellow Masters champions.

“I have a lot of great memories watching the Masters as a young boy. I was always dreaming someday I could play here,” he recalled.

Carrying the hopes of a golf-mad nation in trying to become its first male major champion, Matsuyama kept his date with destiny by prevailing in a nervy but fulfilling one-shot Masters victory on a glorious, sun-kissed Sunday afternoon in April. Such was the magnitude of the moment that the Japanese government used its national alert system, usually activated for natural disasters and emergency warnings, sent out a notice of congratulations after Matsuyama holed his final putt.

He also received the prestigious Prime Minister’s Award from Prime Minister Yoshihide Suga, who said: “With this year marking the 10th anniversary (of the Great East Japan Earthquake), through your tremendous accomplishment of winning the Masters, you have given great courage and hope not only to those that were directly affected, but to the rest of your fellow countrymen and women as well.”

In joining Masters folklore, Matsuyama lifted the spirits of the Japanese people who are battling the lingering effects of COVID-19 and still scarred by a natural catastrophe that killed nearly 20,000 people a decade ago. By becoming the first Japanese golfer to slip on the Green Jacket and only the second Asian male to win a major championship, he also raised hopes of a golden harvest as Tokyo will host the rescheduled Olympic Games this July — at the same venue where he first announced his arrival.

Timing is everything in golf and Matsuyama’s triumph was perfect for the sport to take its next big leap into the future, very much like how Korea experienced a boom during the 2000s with the success delivered by Y.E. Yang, Asia’s first male major champion, and also Seri Park on the LPGA Tour. The importance of the win wasn’t lost on PGA Tour Commissioner Jay Monahan, who said: “His historic win will inspire so many in his home country and around the world and coincides perfectly with this summer’s Olympic Games in Tokyo where he will undoubtably be a central figure.”

Over the past two decades, golf consumption in Japan has experienced a declining trend for various reasons, ranging from an economic slowdown, aging golf population and high cost of participation, and the total number of golfers dropped significantly from 12 million to 6.5 million. Immediately after Matsuyama’s breakthrough, retail golf stores reported brisk sales while driving ranges across Tokyo saw streams of people including children renewing their interests in the sport, which has perennially be dubbed “an old man’s game” until recent efforts by golf’s stakeholders to make it more inclusive for all to participate.

Australian Adam Scott, a former Masters winner himself, is one of many who believes the game can prosper further in Asia with Matsuyama’s major breakthrough. “He's a bit like a Tiger Woods to the rest of the world, Hideki in Japan,” said Scott, who has played in four Presidents Cups alongside Matsuyama.

Andy Yamanaka, secretary-general of the Japan Golf Association told Golf Digest: “We could only dream of something like this. Honestly, who could have even imagined it? It’s more than a dream, really. I can’t find the words to explain it. Maybe it can be like 1957 again, our first golf boom (which coincided with Japan’s home victory in the Canada Cup, the precursor to the World Cup of Golf).”

Matsuyama’s ascension has no doubt been one of the region’s feel-good stories in the past decade. And it seems he was always destined to attain major champion status after his father first put a club in his hands as a child. When he won the 2010 Asia-Pacific Amateur Championship (AAC), Matsuyama qualified only after Japan, as host nation, was granted an additional four spots to its original six. Matsuyama wasn’t ranked in the top-six but made the most of the opportunity to claim his first significant amateur win that earned him a prized ticket to the 2011 Masters.

Even as he prepared for his maiden Masters appearance, he nearly pulled out after a magnitude-9 earthquake and an ensuing tsunami killed nearly scores of people in Sendai. He returned from a training stint in Australia to find the area around his school devastated. “He thought seriously about not playing, but everyone encouraged him to go and play for Japan,” his long-time manager, interpreter and friend, Bob Turner said during the 2021 Masters. “And here we are today.”

When he eventually landed for his first visit to Augusta National, Matsuyama showed his early promise and finished as low amateur in a tie for 27th. The reward was an invitation into Butler Cabin where he watched Phil Mickelson put the Green Jacket on winner, Charles Schwartzel. That sparked his fire even more.

Matsuyama acknowledged the stroke of good fortune in getting his first big break. “I was very fortunate to receive one of the additional invitations. Winning the 2010 Asia Pacific Amateur Championship was life changing. Playing in the Masters made me want to come back every year, and in order to do that I knew I had to practice more. All my practice sessions had that one goal in mind,” he said.

From the time when his golf journey began through the influence of his father Mikio, a club champion, who took him to the local driving range when he was four to now proudly the Green Jacket, Matsuyama hopes kids around Japan will aspire to follow in his footsteps.

“Hopefully, I’ll be a pioneer and many other Japanese will follow. I’m glad to be able to open the floodgates and hopefully many more will follow me. I hope it will affect golf in Japan in a good way. Not only those who are golfers already, but hopefully the youngsters who are playing golf or thinking about playing golf, I hope they will see this victory and think it's cool and try to follow in my footsteps. Until now, we haven't had a major champion in Japan, and maybe a lot of golfers or younger golfers, too, thought, well, maybe that's an impossibility. But with me doing it, hopefully that will set an example that it is possible and that if they set their mind to it, they can do it too.”

Note: Chuah Choo Chiang is senior director, international marketing and communications, APAC for the PGA Tour and is based in Kuala Lumpur.