Medical groups: Shun use of ivermectin vs COVID-19 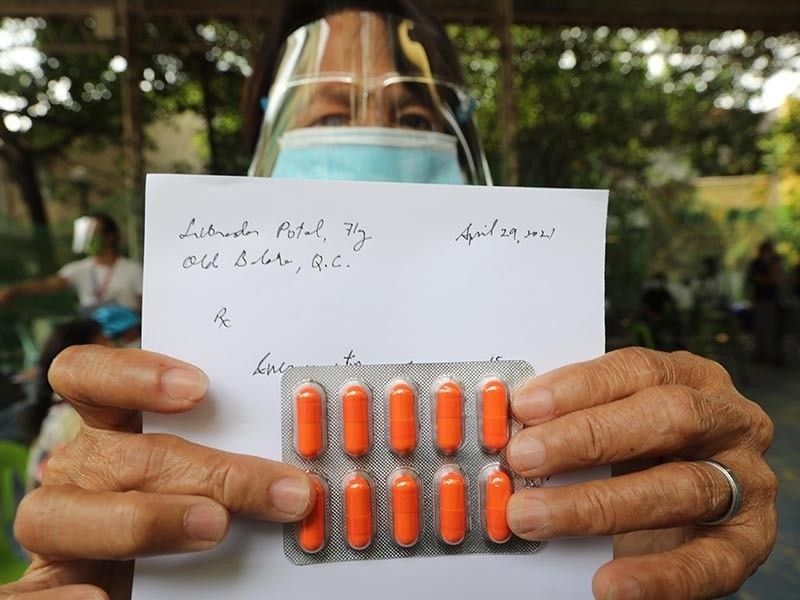 MANILA, Philippines — Medical groups on Wednesday joined the growing chorus of warnings against using antiparasitic drug ivermectin as a COVID-19 treatment, stressing there is not enough evidence that it helps against the novel coronavirus disease.

In a joint statement, members of the Healthcare Professionals Alliance Against COVID-19 said claims by supporters that ivermectin is effective and safe from side effects remain based on "low quality evidence."

"Let us not patronize yet the ivermectin to prevent further risk to our health," HPAAC said in Filipino. "We also remind the public that it is not certain whether ivermectin available now is fake or effective due to its violations of FDA's regulatory processes."

HPAAC supported the Philippine Pharmacists Association's call for health authorities to investigate doctors who prescribed the drug at a distribution to residents in Quezon City.

The event was organized by Rep. Mike Defensor (Anakalusugan party-list) and Rep. Rodante Marcoleta (SAGIP party-list) against the Department of Health and the Food and Drug Administration's warnings.

"If found liable, we call on the Professional Regulation Commission to investigate and hold accountable those who violated the law," it added.

On Tuesday, the Philippine Medical Association said it has identified the four doctors in the 'ivermectin pantry' and warned that they could be suspended or worse, lose their license.

HPAAC sought to remind that the surest way so far to prevent contracting the virus is through proper air circulation, physical distancing, the wearing of face mask and shield, as well as reducing the time of interaction with other individuals.

"We also call on other healthcare workers to unite in our advocacy: to protect Filipinos from this pandemic using scientific evidence," the group said.

The DOH this week said they will take action over the ivermectin distribution by Defensor and Marcoleta. The FDA too is conducting its own probe, but it remains to be seen if these moves will curb the push for the drug's use.