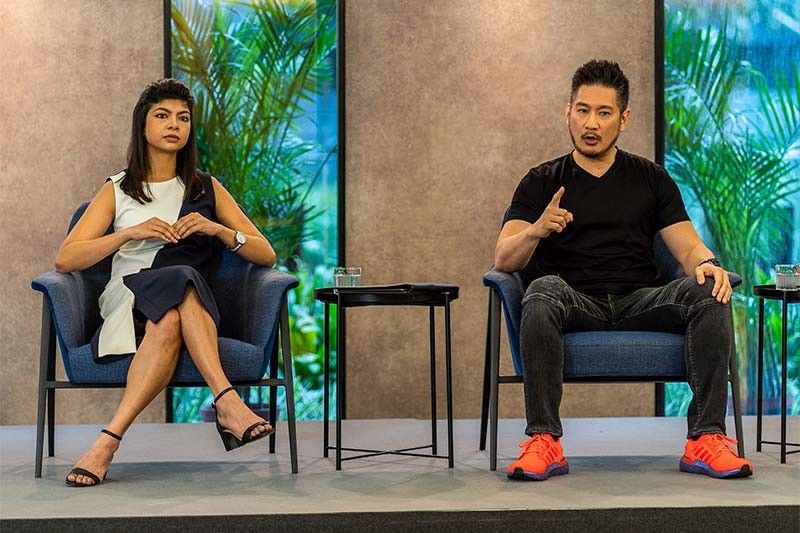 MANILA, Philippines – ONE Championship is considered one of the biggest global sports media properties, and the largest in Asia.

While most of the credit goes to ONE's Founder and CEO Chatri Sityodtong, it can also be attributed to some extent to Niharika Singh — Sityodtong's right-hand woman.

Though having only been together for two years, Singh is already the person whom Sityodtong trusts completely and has become one of the biggest reasons ONE Championship became what it is today.

For Singh, their business chemistry comes from their similarities in personality when it comes to handling business.

"I feel that we are both no-nonsense people and we both work with our hearts, which keeps us true to ourselves. There are no pretenses and trying to be someone else," Singh said.

It was a no-brainer then for the sports executive to tap Singh not just for the company itself, but also for their reality series' The Apprentice: ONE Championship Edition.

A co-judge along with Sityodtong, Singh knows just what to look for in a candidate as she experienced working with the former first-hand.

An advisor to Sityodtong both on and off the show, Singh wants to find a candidate with the right balance of wit and emotions.

The winner of The Apprentice will get to work with Sityodtong himself for a year as his protégé, and knowing the comings and goings of working with him, Singh is confident of what to look for in the remaining candidates on the show.

"Whoever joins the company needs to be someone who can be comfortable being himself or herself and somebody who doesn’t need to portray a different personality off and on camera. That is one thing I try to observe in all the candidates during the show," said Singh.

The lone Filipino candidate left on the show, Louie Sangalang, made a lasting impression on Singh, which may put him on track to potentially win it all.

"I thought Louie [Sangalang] was a very mature project manager as well and clearly, it shows that he has a lot of experience," said Singh.

She, however, knows the competition is far from over and Sangalang, along with his fellow candidates, still need to show their best in the game.

"There is still a long way to go and only the best person can win," said Singh.

"So unfortunately, despite how talented they all are, there is only one person who will be hired," she added.

The Apprentice: ONE Championship Edition is showing across Asia on AXN, the show’s official Asian broadcast partner, with markets to include Singapore, Indonesia, Malaysia, Hong Kong, Philippines, Taiwan, Thailand, Cambodia, Myanmar, and Vietnam.

The Apprentice: ONE Championship Edition is also be available on other platforms and TV networks across Asia, including MediaCorp (Singapore), Abema (Japan), KompasTV (Indonesia), Amarin TV (Thailand), LINE TV (Thailand), One Sports (Philippines), and HTV (Vietnam).