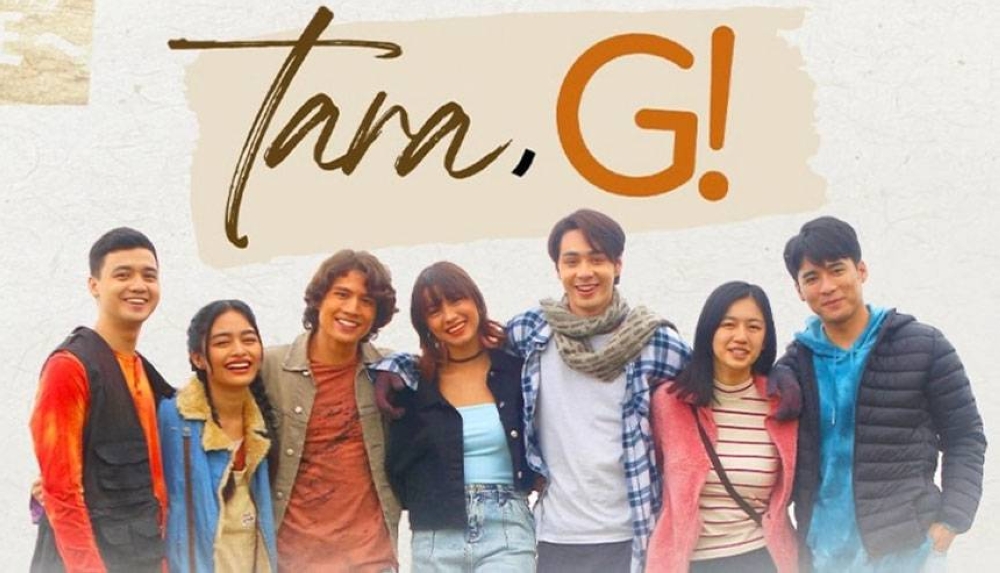 Almost every generation has had a barkdahan or clique representation on pop culture. From TVs to movie screens, they showcase the good and the bad as well as the feelings of the youth while going through these chapters.

It's also worth noting that these shows — “Gimik,” “G-mik,” “Tabing Ilog,” and “Growing Up,” among many others — became the launching pad of some of the biggest names in local show business today.

This year, iWantTFC — the streaming service of ABS-CBN — hopes to capture the magic of barkada series with its latest offering titled “Tara, G!”

Together, they form their barkadahan called Team WISE or “Walang Iwanan Sa Ere,” a group of hopeful teenagers whose ultimate dream is to bring back the pride and glory of the simple town of La Guerta by cultivating coffee which they export and market as beans and coffee wine.

Team WISE is composed of Rocky (Jennings), the charming and ever-reliable leader of the pack; Legs (Oinuma), the smart and caring darling; Dan (Alcantara), a handsome smooth talker who has feelings for Legs; Jengjeng (Esclito), a sweet and 'kikay' girl with big dreams; Will (Castañeda), the funny, go-to-guy and protective brother of Smith (Salonga), who is the genius one in the barkada.

As they navigate their way to adulthood, Team WISE will encounter challenges along the way, including the arrival of Cars (Stranner), a beautiful yet narcissistic rich girl. Cars will bring chaos to La Guerta when she gets drunk and accidentally breaks shelves of coffee wine bottles that Team WISE worked so hard on.

The solid friendship of Team WISE will also be put to the test when romantic feelings get in the way of their relationship. When problems seem to be adding up, the adults of La Guerta see this as an opportunity to convince Team WISE that their hometown is not a place for their dreams and that they just have to learn how to settle for less or move to a bigger and better town.

Despite the struggles and conflict, Team WISE is out to prove everyone wrong as they band together and fight to achieve their dreams.

Asked at the grand media conference what sets their show apart from other TV and streaming series that cast young stars, Alcantara and Esclito proudly said, the heart of the story is the community.

As Esclito elaborated, “The center of the story is La Guerta and us, the characters' fight for our dreams and for our family. There's this warm, homey feel. It's youth oriented and with values.”

Director Cathy Camarillo seconded, saying, “I think this is not just a coming of age, youth-oriented show. It shows the young people's care for their community and how they bring that same love and care as they journey through maturity.”

“Tara, G!” will stream on the iWantTFC app (iOs and Android) and website (iwanttfc.com) beginning on October 7. The series is also available for premium subscribers outside of the Philippines.