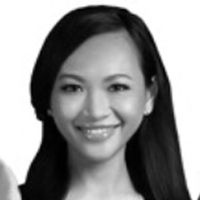 It was my first time to use the entire stretch of the Skyway Stage 3 about a month ago. Cruising through the elevated highway, above Makati and Quezon City, with a view of blue skies and fluffy clouds – it seemed like a dream. And indeed about six years ago, it was just that – a dream. But now the Skyway Stage 3 as well as several other infrastructure projects that decongested traffic, reduced travel time and increased inter-island connectivity are all a reality.

When former secretary Mark Villar, my husband, was appointed as the Department of Public Works and Highways (DPWH) secretary, some doubted that he could accomplish much but Mark was never affected by all these. He remained quiet, determined and hard working.

One of the first things he noticed upon occupying office was the glaring fact that many major infrastructure projects remained at a low percentage of completion even when construction had started several decades ago. Some projects dating back as early as the 1970s were still inaccessible to the public.

To make sure all projects are to be implemented in a timely manner, he institutionalized reforms in the DPWH that empowered implementing offices at the regional and district level. He decentralized right-of-way functions and capacitated every implementing office with a legal arm. Regional and district offices, which were once dependent on the central office, are now capacitated with their own right-of-way division. Inter-agency task forces have also been created to address specific issues on overdue infrastructure projects.

In his first six months, he incorporated drone and satellite technology for the monitoring of DPWH projects. The system has effectively eliminated ghost projects via geo-tagging and replaced the now obsolete Excel sheets for tracking projects. Infrastructure projects are now fully automated and geo-tagged even prior to actual bidding.

These reforms were key to completing several major infrastructure projects that have not yet started construction or were at a very low percentage of construction when Mark took office.

The first is the 18.83-kilometer Metro Manila Skyway Stage 3, which was conceptualized during the administration of former president Fidel V. Ramos. The Skyway 3 was only at 2.36 percent construction completion when Mark took office. This means that 97.64 percent of the Skyway Stage 3 was constructed during Mark’s term as DPWH secretary. It decongests traffic in EDSA, C5 and other major roads in Metro Manila by as much as 55,000 cars daily and reduces travel time from Buendia to Balintawak from two hours to 15 to 20 minutes. It opened last December 2020.

Two other projects that decongested EDSA are the Bonifacio Global City-Ortigas Center Road Link Project (Kalayaan bridge) and the Estrella-Pantaleon bridge. Both these bridges were fully constructed and completed during the term of Mark as DPWH secretary.

The Kalayaan Bridge started construction in July 2017 and was opened last Oct. 1, 2021. It includes the construction of a bridge connecting Lawton Avenue in Makati City to Sta. Monica Street in Pasig City. Now, travel time between Bonifacio Global City and Ortigas Central Business District is reduced to 12 minutes.

Aside from the Skyway 3, another long delayed project is the Radial Road 10 from Delpan Bridge in Tondo, Manila, to the mouth of the Malabon River at Bangkulasi Bridge, C-4 Road in Navotas City, which had a delay that spanned six presidents due to right of way issues in the old Smokey Mountain area. It was only in January 2017 that DPWH was able to complete the conversion of the 9.7-km road section into a high-capacity highway which helped offset the usual heavy volume of vehicles in major thoroughfares like EDSA and C5. The construction of the 2.6-km, 4-lane elevated ramp began in September 2018. Twenty-one months after, the R-10 Spur Link was opened to the public on June 15, 2020, benefitting a total of 30,000 vehicles – 70 percent of which are truckers and cargo haulers. This reduced travel time from Quezon City to Port Area in Manila from two hours to only 15 to 20 minutes.

The 17.80-kilometer Cagayan de Oro Coastal Road was first funded in 1997. Now, the 12.77-km road serves as a bypass road – starting from Brgy. Gusa in the eastern side all the way to the western side in Brgy. Igpit, Opol, in Misamis Oriental – connecting six barangays in the city and two barangays in Opol and reduced travel time from Laguindingan Airport to the city proper from one hour to only 20 minutes.

Other major projects started during Mark’s term are the much-anticipated 3.1-km Panguil Bay Bridge which was started last November 2018 and the Central Luzon Link Expressway (CLLEX).

The CLLEX is a 30-kilometer expressway, which started construction in 2017 and the 18-km section from Tarlac City to Aliaga, Nueva Ecija was opened last July 15, 2021. It reduced travel time between Tarlac City and Cabanatuan City from 70 minutes to 20 minutes and benefits 11,200 motorists per day.

The Panguil Bay Bridge will connect the city of Tangub in Misamis Occidental to the municipality of Tubod in Lanao del Norte and will decrease the travel time between Tangub and Tubod from 2.5 hours via a 100-km route to only seven minutes via the Panguil Bay Bridge. It is expected to be completed in December 2023 and will increase connectivity between Luzon, the Visayas and Mindanao.

I cannot express how mighty proud I am of my husband.

Just like the President, many others have expressed that what Mark has done in a span of five years is nothing short of amazing. But even as people who once doubted him, as well as strangers, family and friends, congratulated him for a job well done, Mark was always quick to say that it was not his work as the secretary but the work of the 6.5 million workers who labored and made all these projects a reality. And every time he says this, I beam with pride even more.