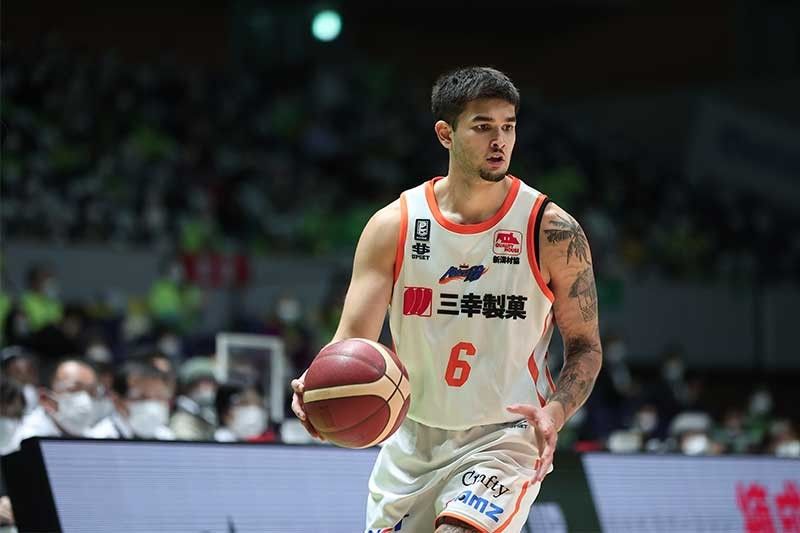 MANILA, Philippines — Kobe Paras and Niigata Albirex on Saturday suffered another loss, this time a heartbreaker at the hands of the Seahorses Mikawa, 77-75, at the Niigata Higashi General Sports Center.

A game-tying basket by Paras with 10 ticks left in the game was erased by Davante Gardner when the latter converted on a hook shot to send Albirex BB reeling to their fifth straight loss.

Niigata squandered a 10-point lead in the second half, an advantage they built despite the Filipino import riding the bench due to foul trouble early in the game.

Paras looked poised to atone for his early absence on offense with the game-tying jumpshot, but all was for naught after Niigata failed to complete a defensive stop in the next possession.

Rosco Allen was the top scorer for Niigata with 18 points. He also had 10 rebounds.

However, Aquino, son of PBA great Marlou, did not see action in the match.