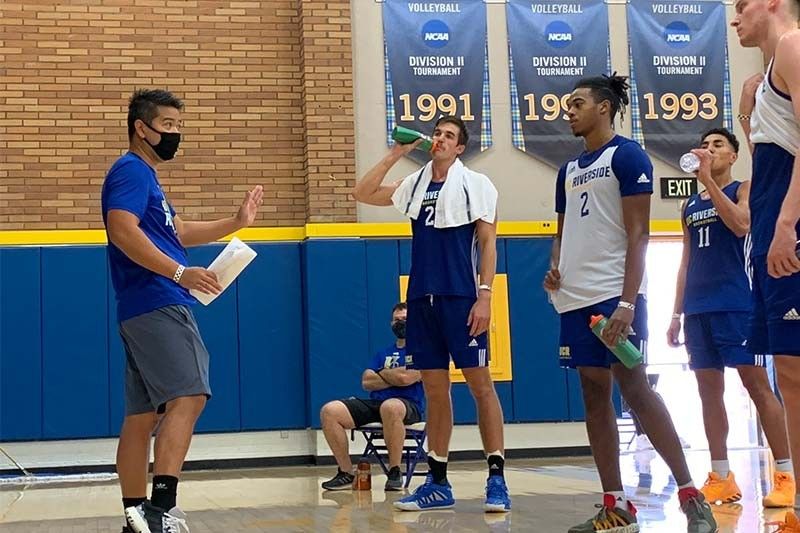 MANILA, Philippines — Filipino coach Mike Magpayo has definitely made an indelible mark with the UC Riverside Highlanders in his first season as head coach.

This after the Highlanders reached a semifinals finish in the Big West tournament under the tutelage of Magpayo — the first US NCAA Division I head coach of Asian descent.

Under the Filipino coach, UC Riverside finished with a 14-7 record which was good enough to finish third in the standings of the Big West Conference and make it to the postseason.

Magpayo then made history when he led the Highlanders to victory over the University of Hawaii, 62-52.

It was the first time the Highlanders men's basketball program won a game in the Big West Tournament since 2011.

However, the campaign would fall short of ruling the conference when the Highlanders bowed to UC Irvine, 61-78 in the semifinals.

Despite the loss, the season for the Highlanders have been one of the best under the first-year head coach.

Magpayo also has a chance to continue his success with the Highlanders in March Madness if UC Riverside is selected on Selection Sunday, March 14 (Monday, March 15 in Manila) to fill out the NCAA tournament brackets.

Though this chance is slim as the Big West Conference has only recently sent the winner of the Big West tournament to the NCAA tournament, nothing is impossible for the trail blazing head coach.