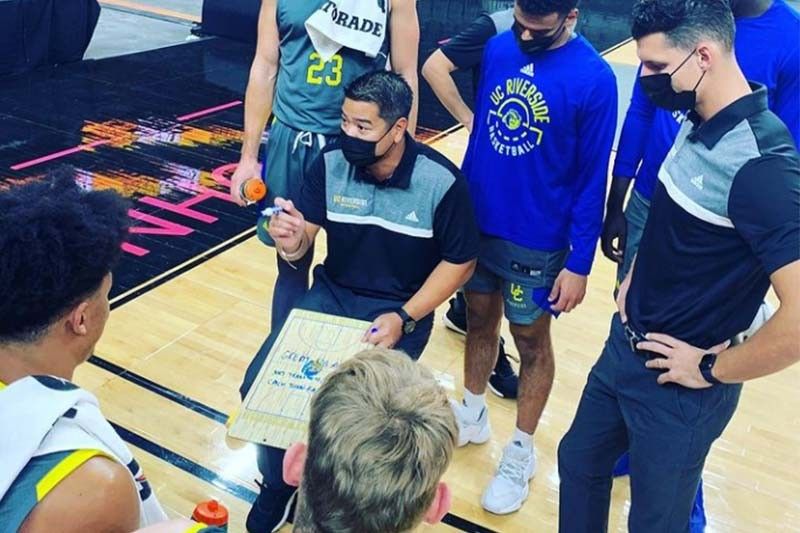 MANILA, Philippines — Filipino-American coach Mike Magpayo tallied a win and a loss this weekend in his team's first conference matchup of the year in the US NCAA.

The first coach of Filipino or Asian descent to be named head coach in the NCAA, Magpayo led the UC Riverside Highlanders to a 1-1 result against the Hawaii Rainbow Warriors.

The Highlanders bounced back on Saturday (Sunday, Manila time) with a slim 70-68 victory over the Rainbow Warriors after losing their first meeting on Friday (Saturday in Manila).

The results push Magpayo's record with the Highlanders at 4-1 with him at the helm.

Prior to the loss on Friday (Saturday), Magpayo led UC Riverside to three straight wins after missing their first game of the season due to the birth of his firstborn.

The Highlanders lost without Magpayo on the sidelines, 60-66, against the Pacific Tigers last November.

UC Riverside sees action again next week against the Cal Poly Mustangs as they continue their conference clashes in the Big West Conference.

Magpayo took over from former head coach David Patrick in the middle of 2020. He is a Sta. Barbara native, while both of his parents were born and raised in the Philippines.