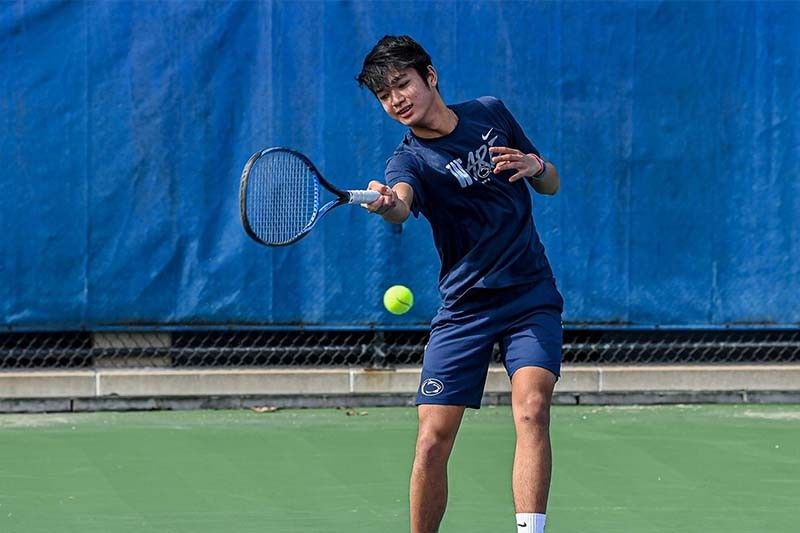 MANILA, Philippines — Filipino tennis star Miko Eala did his part for the Penn State Nittany Lions with twin wins as they swept Iowa, 7-0, at their home court on Friday (Saturday, Manila time).

Together with his teammate Sam Bossem, he also had a victory on the doubles side with a dominant 6-2 beatdown of Joe Tyler and Peter Alam.

This marked the Filipino's sixth win in Big Ten play as he continues to shine in his rookie season with Penn State. Penn State now has a 4-6 record in the season.

"We played really well, great energy in doubles… In singles, it was a bounce back win for Christian (Lakoseljac) at No. 1, Bora (Sengul) continues his hot streak, and Miko played well at three," he added.

Eala's two victories came with his family in the audience with Alex and his parents witnessing the match.

The Eala family is currently in the United States after Alex's stint in the Miami Open earlier this week.