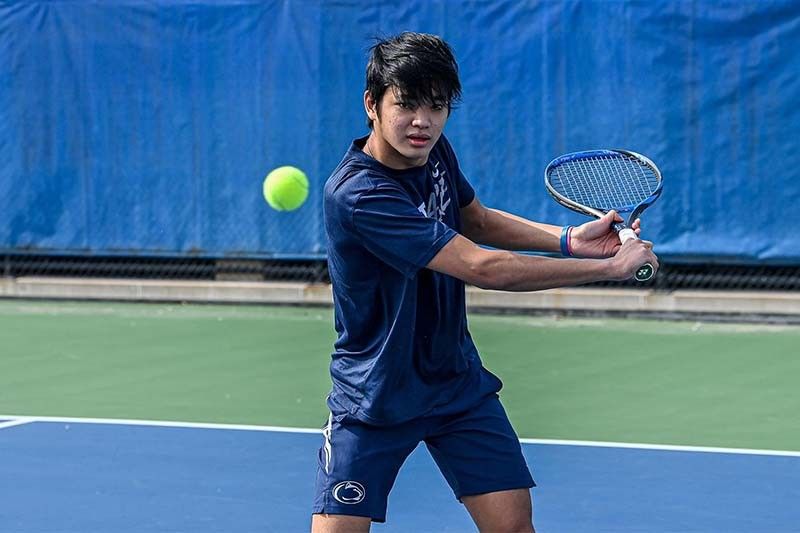 MANILA, Philippines — Miko Eala capped off his freshman year with the Penn State tennis team with a win in his first-ever Big Ten tournament match on Thursday (Friday, Manila time).

His win was one of only two victories for the Nittany Lions against Nebraska, 2-4, to effectively end their season in the first round of the Big Ten tourney.

Eala bested Victor Moreno Lozano in straight sets, 7-5, 6-4, to spark a comeback for the Lions, who went after 0-3 in their first three matches.

In his first year in Penn State, Eala tallied 12 victories in Singles while only dropping five in all his matchups.

He struggled in Doubles, though, winning only five of his 12 outings in the category.

Though Penn State exited earlier than desired in the Big Ten tournament, Eala more than satisfied in his first year with the team.