Imagine watching your brain activity on a computer screen in real time.

For Gord Luke, a Wawa, Ont., resident with Parkinson’s disease, that’s now a reality. Sitting in a room at the Krembil Brain Institute in Toronto’s west end, the 66-year-old can see his brain signals being tracked digitally, thanks to surgically implanted electrodes in his brain and a newly approved device in his chest.

Building on decades-old technology known as deep brain stimulation (DBS), which can help control the shakes and muscle tightness tied to brain disorders such as Parkinson’s, the device puts a new high-tech tool in physicians’ tool kits: the ability to capture brain activity of DBS patients such as Luke around the clock.

As Fasano fiddles with the laptop, his patient’s sturdy frame is still, with the electrode stimulation keeping his symptoms at bay.

WATCH | What it’s like to live stream you brain: 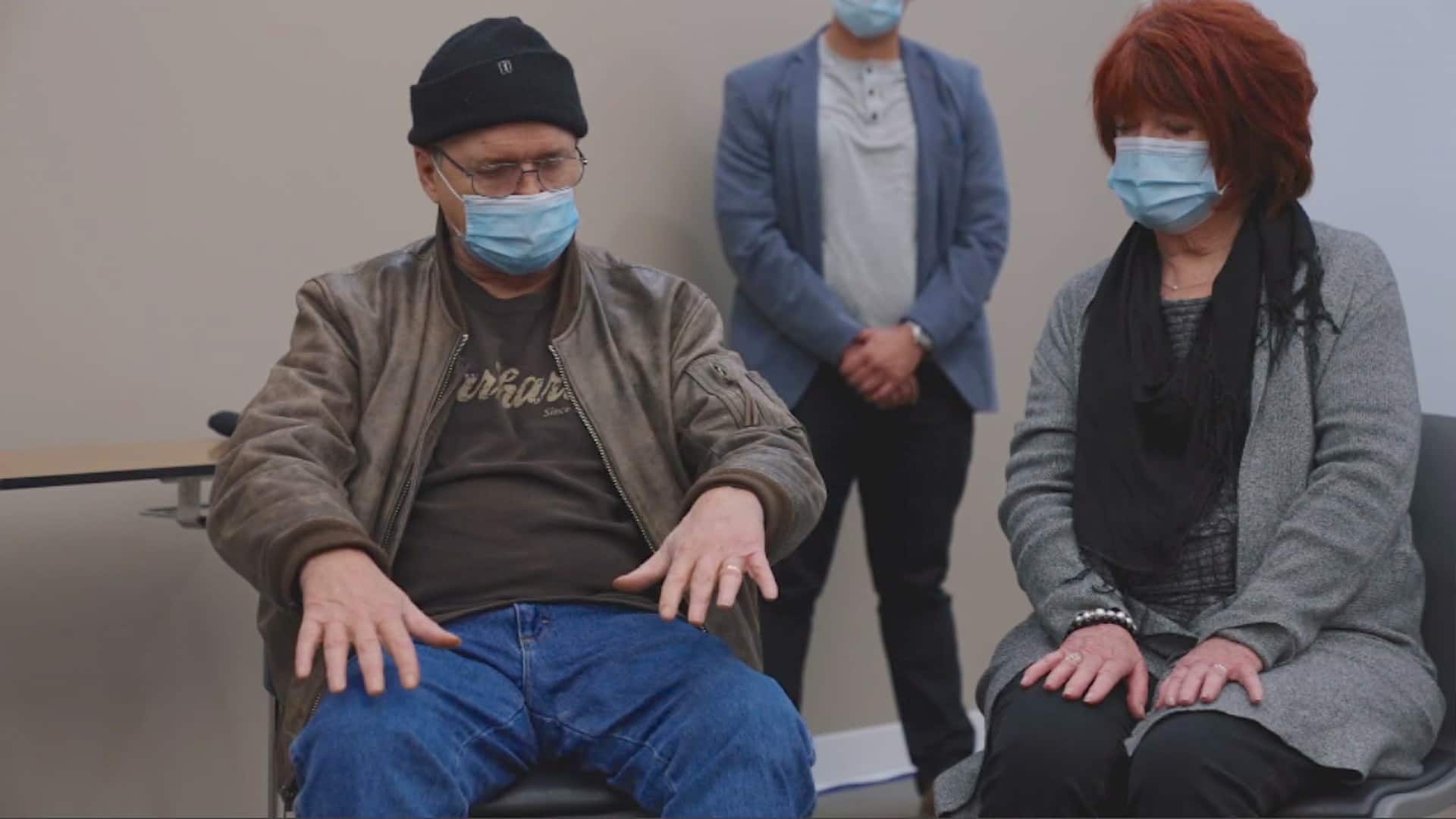 With a couple of clicks, Fasano tweaks the level of stimulation from the electrode in the right hemisphere of Luke’s brain, and he quickly starts shaking — his left foot is tapping up and down involuntarily. With another tweak, his foot is back firmly on the ground.

The short-term hope, according to Fasano and his colleague, neurosurgeon Dr. Suneil Kalia, is that patients will be able keep a digital diary of their symptoms, which physicians can match up to the ongoing log of their brain activity.

“Physicians can later look at that brain diary to see when symptoms were severe or better and fine-tune their therapy,” Kalia said.

In Luke’s case, Fasano hopes he’ll eventually be able to adjust the settings on the device from the comfort of his own home, in consultation with his medical team by phone, from thousands of kilometres away.

“We can record for days, months, the different signals in the brain,” Fasano said. “This will be, like never before, a window into their activities.”

The personalized treatments that follow could help alleviate symptoms for years on end, according to Fasano and Kalia.

Working alongside surgically implanted brain electrodes, the small, pacemaker-like device is placed under the skin of a patient’s chest, which sends electrical signals through thin wires to a targeted area of the brain and offers real-time recording.

Patients with brain disorders such as epilepsy and Parkinson’s tend to see symptom improvements once their DBS electrode implants are turned on. With the chest and brain implants working in tandem, physicians can now see exactly what’s happening inside their patients’ brains when that switch is flipped.

WATCH | Using an MRI to monitor a patient’s brain activity and responses: 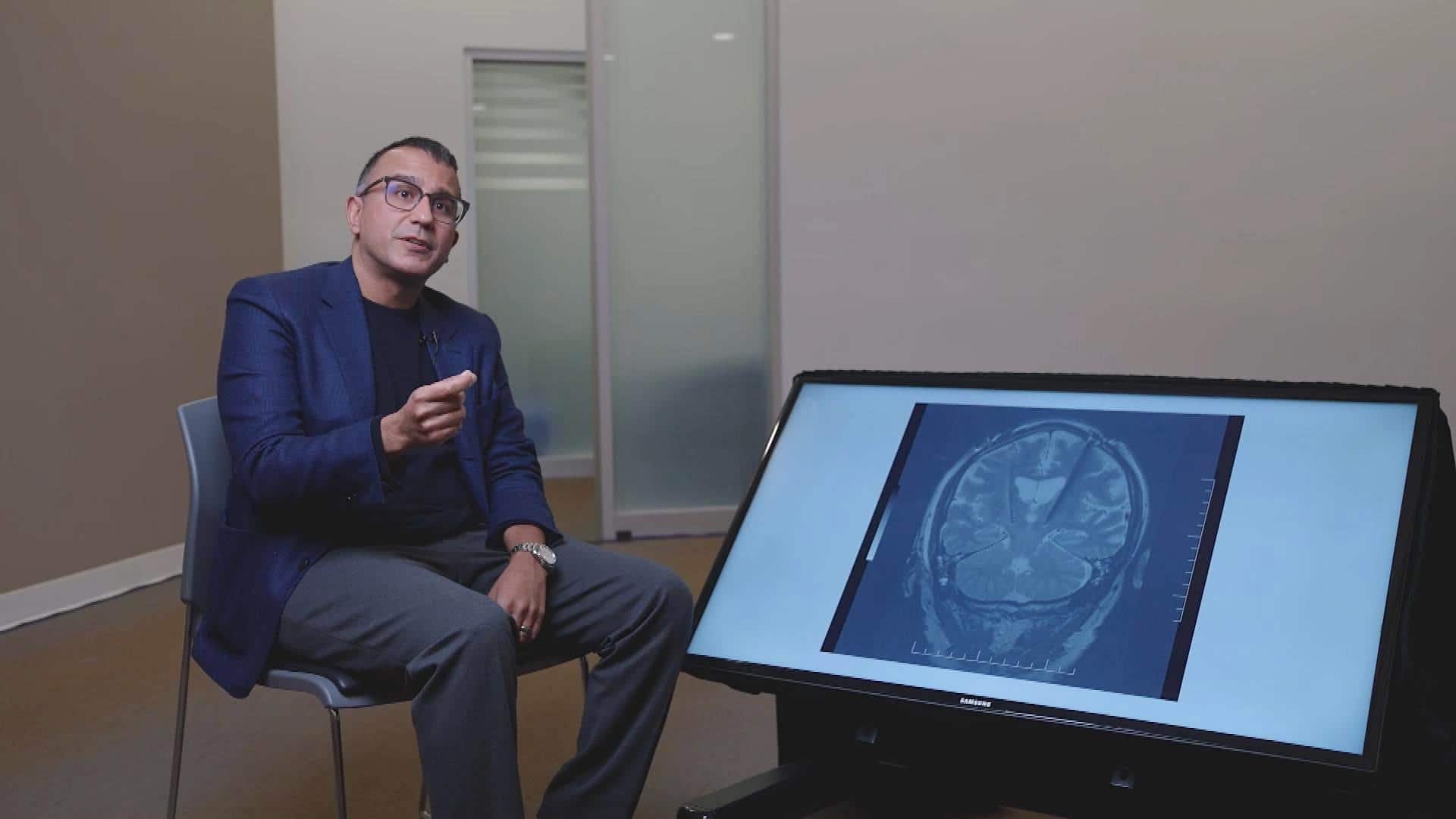 The brain at a distance

Dr. Suneil Kalia demonstrates how an MRI of a patient’s brain enables doctors to monitor brain activity from afar when the patient is not in hospital.2:02

Automatic adjustments may one day be possible

Previously, medical teams could only track those signals during brain surgery, according to Kalia.

“What this new device allows is whether it’s the first day after surgery or even five years after the surgery, we can interrogate the device,” he said.

Through ongoing research, Fasano says, the technology may lead to “adaptive stimulation” in the longer term, where the device adjusts the level of stimulation automatically.

It’s a bit like a smart home thermostat. At first, those high-tech temperature controls require a homeowner to adjust the settings manually. Too cold in the morning? Crank up the heat. Too hot by the afternoon? Turn it back down.

Over time, as the technology learns someone’s patterns and preferences, the thermostat can start making those adjustments on its own — regulating the temperature and keeping people inside the house comfortable automatically.

Kalia said that’s a lot like how the implants could one day regulate — or even predict and ward off — symptoms, including seizures and tremors. The first three Canadians underwent surgery to install their new smart technology this fall, and there are more to come.

WATCH | What the Percept PC deep brain stimulation system allows doctors to do: 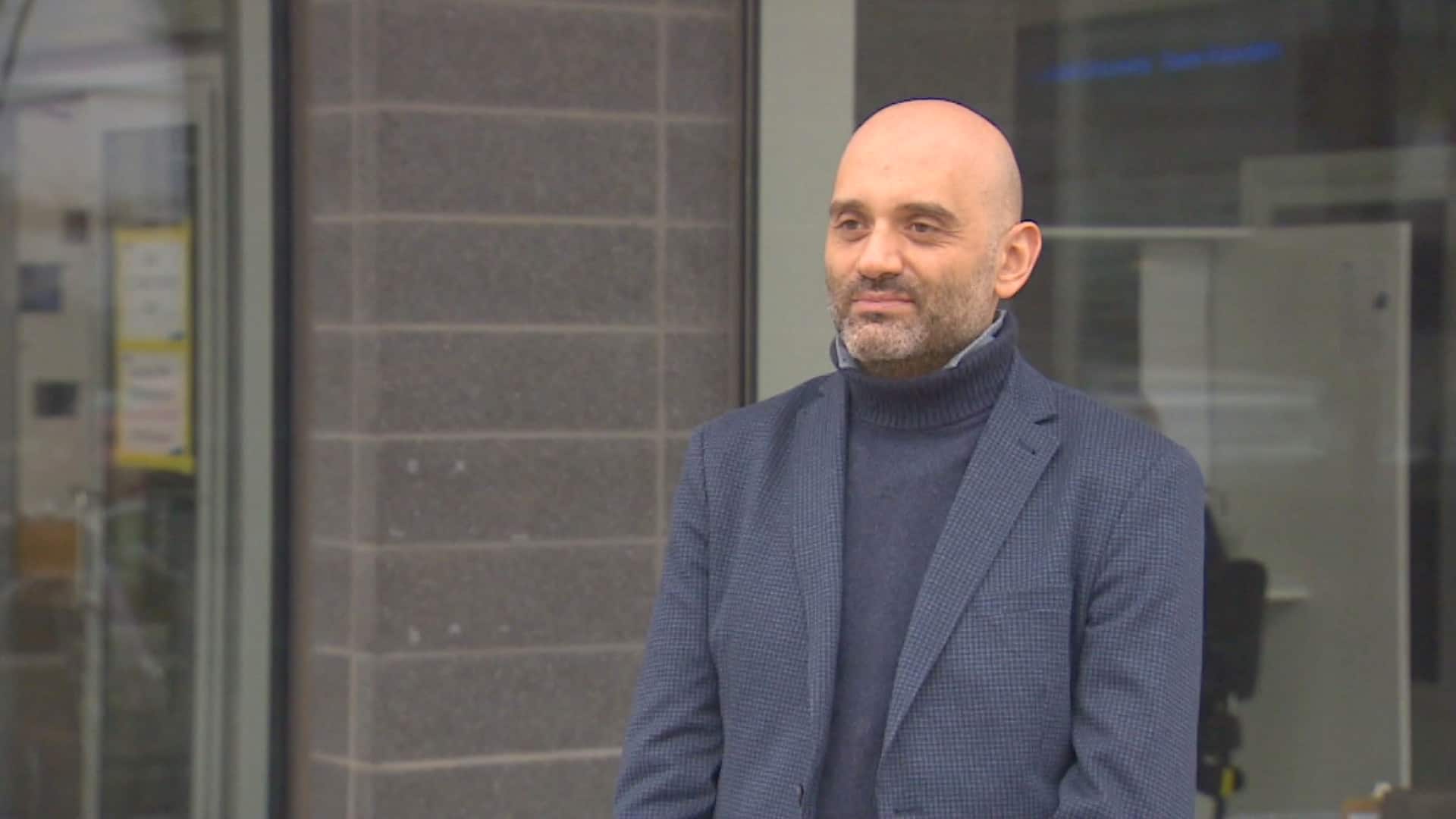 Dr. Alfonso Fasano of the Krembil Brain Institute at the Toronto Western Hospital explains how the Percept PC deep brain stimulation system works to help doctors keep an eye on patients’ brains as they go about their lives.2:14

Though wary at first of having the procedure, Luke said he jumped at the chance to try the new device in November. His Parkinson’s symptoms have worsened over the last six years.

“Your muscles tighten up, everything shakes, you shuffle more than walk, you’re prone to falls,” he said. “It really changes your life, big time.”

Speaking to CBC News outside his downtown Toronto hotel, he said the day before his medical team at Krembil turned on the electrode, he was barely able to walk. Now, much of his shaking and unsteadiness has subsided.

Driving a car, spending more time outdoors, and carving wooden animal figurines are all pastimes Luke plans to pursue back home in Wawa.

It’s not a cure, to be clear. But it offers Luke, who’s a 10-hour drive from the Krembil specialists, a way to manage his disease’s progression with fewer trips to Toronto and log a treasure trove of data for his medical team at the same time.

Fasano says that’s a welcome change from the small glimpses of someone’s life physicians typically get when patients like Luke visit, which can’t possibly capture their day-to-day symptoms and flare-ups.

“It will be like being with them all the time,” he said.

Share
Previous Coronavirus: What’s happening in Canada around the world on Wednesday
Next ‘DYAN DYAN LANG’: Your guide to the coolest hangout places in the city

Coronavirus: What’s happening in Canada and around the world on Thursday

Ottawa The statue of Sir John A. Macdonald that stands in a park near downtown …