The first was a miracle. And so is the second.

At 43, Miriam Quiambao (Mrs. Ardy Roberto) got pregnant with Elijah who is now 22 months old (he was born premature). Their other child, Joshua, is 13.

“A woman of 40 and above only has one to two percent chances of getting pregnant,” Miriam told Funfare in a phone interview, “and considering that Ardy and I were both diagnosed to be partially infertile and candidates for IVF (In-Vitro Fertilization). It was a miracle that I got pregnant for Elijah and another miracle that I am again pregnant.”

“The first time,” she related, “I was advised to have a special diet, and had to do work-ups, with medicines prescribed. But this time, none of those. I don’t experience morning sickness (nasusuka). I just feel sluggish, lazy and sleepy. It was December na and I missed my period in November, Sabi ko, ‘Ang tagal na. So I counted the days.’ Ardy and I were not expecting to have another baby but we were praying for it. Ardy bought two pregnancy test strips. On the first test, it was hazy (malabo), and registered only 1.25. Sabi ko, ‘It’s either I’m pregnant or not.’ On the second test, it was confirmed.”

Both Christian, the couple was in the car on their way home (presumably from Miriam’s OB gyne) when they announced the good news on their respective YouTube channels, with Miriam showing the test strip with “blue” on it and the sonograms taken at the hospital on Dec. 26, saying, “Please pray for me. I’m positive! Positively pregnant!” 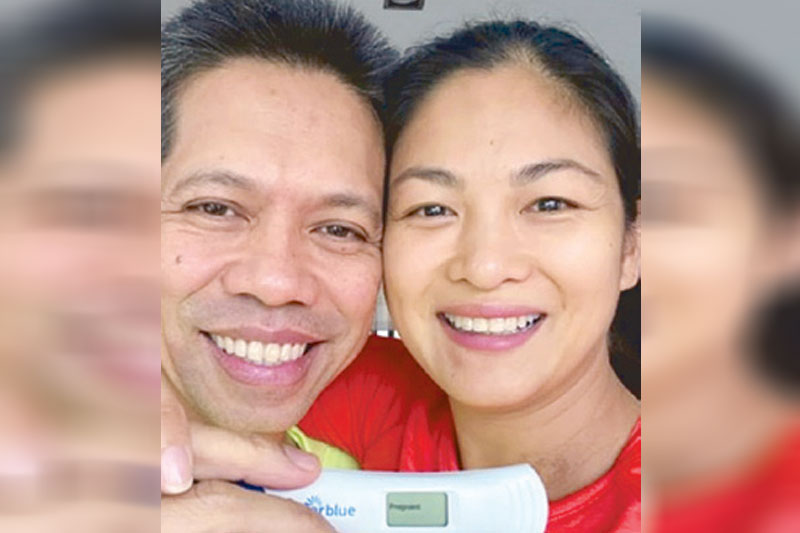 Showing proof that, as Miriam put it, ‘I’m positive…Positively pregnant!’

Ardy was beside himself with excitement. He said, “My Ms. Universe wife is pregnant at 45! Wow! Is anything too difficult for the Lord?’” They quoted Proverbs 3:5 from the Bible: Trust in the Lord with all your heart and lean not in your own understanding; in all your ways submit to Him, and He will make your paths straight.

Said Miriam, “I am pregnant with my third child; it’s my second pregnancy. I became Joshua’s mom when he was six years old.” (Joshua is Ardy’s child with his late wife.)

“God continues to surprise us,” said Miriam. “I continued praying. I was hoping to get pregnant in November and it happened. I recalled the case of Sarah, wife of Abraham and mother of Isaac. She was childless until she was 90 years old and God promised Abraham that (Sarah) would be ‘a mother of nations’.”

Now into her 10th week of pregnancy, Miriam was advised to take bed rest with bathroom privileges.

“I was diagnosed to have APAS (Antiphospolipid Syndrome that occurs when the immune system mistakenly creates antibodies that make the blood much too likely to clot).

“Please pray for me,” she asked her followers. 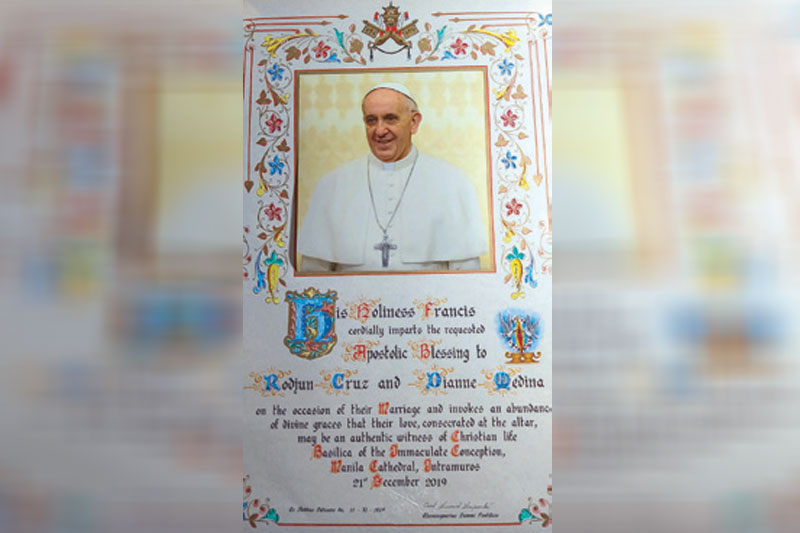 A Papal Blessing for Rodjun and Dianne

Perhaps the greatest gift that any couple could expect to receive is a Papal Blessing. That’s exactly what Rodjun Cruz and his wife Dianne Medina got, thanks to Fr. Michael Fernandez Mata, SHMI, chaplain of Sacred Heart School in Multinational Village, Parañaque City.

Here’s how Fr. Michael got it, in a letter to Funfare: I was in Rome when I read about the forthcoming church wedding of Rodjun Cruz and Dianne Medina in the entertainment section for Philippine STAR (Nov. 14, 2019). I was touched and inspired by the witness of Christian faith of Rodjun and Dianne in their personal life and even in public life (both being showbiz personalities) which eventually made me decide to ask for a blessing for them from Pope Francis when I concelebrated the Holy Mass with him in Casa Santa Martha.

I have with me since I returned home the framed-certificate of the Papal Blessing. And due to the nationwide lockdown, I was not able to do anything to make the certificate reach Rodjun and Dianne.

I will be very grateful for whatever assistance you can extend to me in this regard. I could only hope that it will reach Rodjun and Dianne in time for the first anniversary of their marriage (last Dec. 21).

In expressing my heartfelt gratitude for your time and interest on my plea, I invoke the good Lord to shower upon you and your loved ones his abundant grace and blessing. Yassi Pressman sings the inspirational song Kaya Natin ‘To for everybody especially the front-liners, produced by party-list Ang Probinsyano

A song of hope

One of the songs that reverberated during this pandemic was called Kaya Natin ‘To, sung by Yassi Pressman. The song was produced by party-list Ang Probinsyano Rep. Ronnie Ong who co-wrote the lyrics with Eich Abando who composed the music.

“With the song,” said Ronnie, “we want to give hope and strength to everybody during this trying time and to honor our modern-day heroes, including medical workers and others like government employees, grocery store workers, online delivery service crew, police officers, soldiers and other front-liners.” 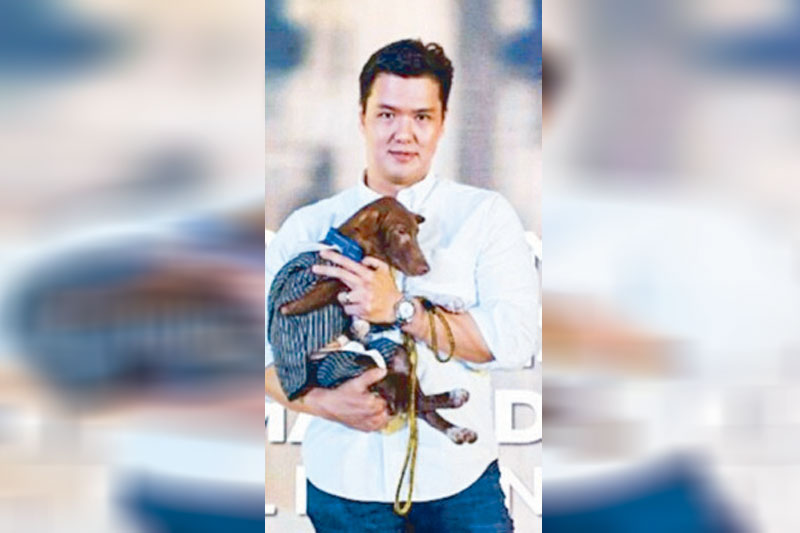 Rep. Ronnie Ong who also co-wrote the lyrics with Eich Abando (who composed the music).

So far, the song has drawn several thousand likes and viewed by more than 2.2 million so far.