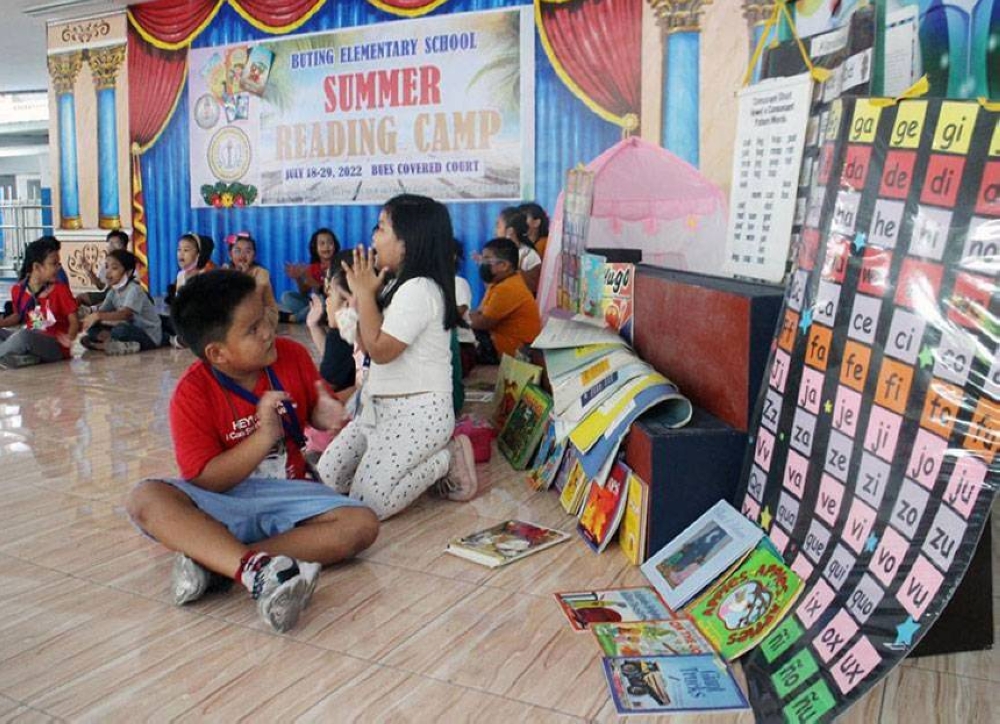 THE responsibility for resolving the learning poverty in the Philippines should not fall entirely on the government, which has three institutions looking after education. They are the Department of Education (DepEd), the Commission on Higher Education (CHEd), and the Technical Education and Skills Development Authority (Tesda). Other institutions, particularly the family and local governments, should also contribute more to developing the skills that young Filipinos need to overcome that problem reported by the World Bank.

In fact, the Second Congressional Commission on Education, or Edcom 2, should look beyond those three government offices mentioned. For instance, parenting skills are critical to a child's mental development, especially after birth and before he or she starts pre-school. Researchers have found that when babies and toddlers have conversations with their parents, they tend to do better in school and throughout their adult lives. In contrast, children not exposed to that type of interaction or those who hear mainly command words tend to struggle academically and have less success later in life.

As such, conversing and reading books to babies and toddlers need to be encouraged. If parents do that, children hear about 2,000 words per hour, based on research. By comparison, children from welfare families were exposed to only 600 words an hour. And by the age of three, the gap between those two groups of children could widen to roughly 30 million words. That could have an adverse impact on a child's self-confidence that also affects his or her performance in school.

Granted, researchers also encourage various activities to stimulate brain development in children. But the point is, education starts at home. And if Edcom 2 validates those findings, it may want to bring in the Commission on Population and Development to help against learning poverty. The commission might have inputs on policies that enhance parenting skills and address related issues, like teenage pregnancies, that overlap with education concerns.

Obviously, learning also takes place beyond the classroom. Most people already know about the benefits of fostering the reading habit from an early age. Of course, one of the challenges is economic, given that books and other reading materials, like newspapers, are relatively more expensive in the Philippines compared to other countries.

Economic barriers, rather than cultural factors, may explain why fewer Filipinos read. Note that the Philippines imported $27.74 million worth of books in 2020, according to data from the National Book Development Board (NBDB). During the same period, Philippine book exports only amounted to $1.15 million. Among other things, the figures suggest that Filipinos are willing to buy books — if they can afford it.

The NBDB, an agency attached to the Education department, is working to get more books in the hands of Filipinos. Last year, it opened Book Nooks, which are basically learning spaces filled with reading materials, in 52 sites across the country. Many of them are in conflict areas, including remote parts of Mindanao. About 40 more Book Nook sites are in the pipeline this year, despite NBDB's small budget.

Book Nooks are in public areas, given that some children may feel insecure about going into libraries, if they even have one in their respective communities. Because of the pandemic, 378 libraries have closed and 663 were inactive. Here, the local government units, or LGUs, should step in.

LGUs have more resource1s beginning this year, because of the implementation of the Mandanas-Garcia ruling that increased their share of the taxes collected. How local officials spend that money will be critical, not only to their constituents but also to national development.

Hopefully, the LGUs will build libraries and stock them full of books, preferably with a greater share from local publishers. Everyone should support Philippine publishers, because few others will publish books about Filipino culture, local history, and other homegrown stories. LGUs can perhaps work with NBDB, which can suggest what books to purchase.

Under the magna carta for small businesses, LGUs are to allocate 10 percent of their procurement budgets for micro, small and medium enterprises, or MSMEs. That will not only help local publishers flourish, but can also lift Filipino children out of learning poverty.