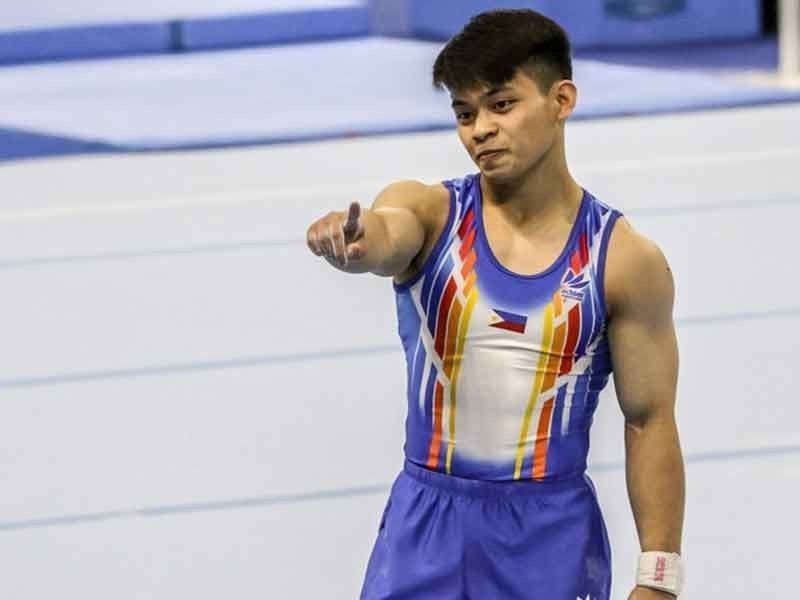 MANILA, Philippines — Reigning world champion Caloy Yulo is slowly but surely getting into fine form and on track for a golden performance in the 2021 Tokyo Olympics.

Three months after a disappointing effort in the 2020 All-Japan Seniors Championship, the 20-year-old Yulo came in a little bit more polished this time, plucking two bronze medals in the floor exercise and vault events of the 74th All Japan Gymnastics Championship at the Takasaki Arena Sunday.

In the floor exercise where he won a world title in Stuttgart, Germany last year, Yulo ended up with a bronze with a total score of 15.200 to finish behind Japanese Kasuki Minami’s 15.600 and World Juniors gold medalist Ryosuke Doi’ 15.300, the eventual gold and silver winners.

Yulo, who raked in two gold and five silver medals in last year’s Southeast Asian Games in Manila, added a bronze in the vault where he tallied a 14.866.

The recent showing was a big leap from his bronze medal effort in last September’s All Japan Seniors, a feat that came in the vault and not in the floor exercise, his favorite event where he wound up dismally tied with two others for 19th there.

Yulo, however, came more prepared on this one and made sure there is no repeat of that disastrous finbish.

The pocket-sized wonder from Leveriza, Manila also improved in the individual all-around as he finished eighth this time from 12th in the previous competition.

Yulo is one of the four Filipinos who have already claimed berths in Tokyo with others being pole-vaulter EJ Obiena and boxers Eumir Marcial and Irish Magno.

But on his tiny but firm shoulders the country’s hope of ending its long search for an elusive Olympic gold rest.

Share
Previous Coronavirus recoveries pushed to 418,687; caseload now at 449,400
Next DELIVER-e will be “game-changing” for farmers and consumers—DTI chief