More than 2 years into the pandemic, some reunite with family far away. Others endure a difficult wait

Share
The CBC Radio special The Same Boat explores how people with close ties in other countries have managed to stay connected, two years into the pandemic. 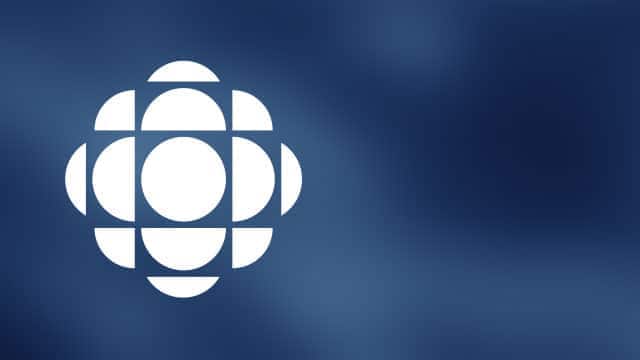 For people in Canada with loved ones abroad, the pandemic has meant long separations and a lot of uncertainty around when they would be able to embrace their family and friends again.

Now that travel restrictions are lifting, many are reuniting with their relatives. For others, ongoing restrictions and health risks are forcing them to wait a little longer.

The CBC Radio special The Same Boat explores how people with close ties in other countries have managed to stay connected, two years into the pandemic.

Last year, producers Idil Mussa and Jennifer Chen talked to people across the country and heard about how they were finding creative and joyful ways to keep their relationships strong, even at a great distance.

This spring, they revisited some of those stories to hear about their progress.

In May 2021, Yuanyuan Zhou was a young mother living in Ottawa, studying for her early childhood education diploma at Algonquin College. She had a 10-month-old baby named Vincent, and her husband was working at a Chinese restaurant.

The rest of her family, including her seven-year-old son, Yuntao Bai, was in Shandong, China, 11,000 kilometres away. She had planned to go visit him after she had her baby.

The pandemic made that all but impossible. "Every plan was destroyed because of COVID-19," Zhou said.

At the time, her eldest son's absence affected her deeply. "We video chat twice a day. Every day he asks us when we are coming back to look after him," she said.

Over the last year, her life has seen some big changes. She graduated from her program, and got a full-time job at a daycare in Halifax.

Last fall, she secured a visa for her older son and in December, Yuntao — whose English name is Damello — got on a plane and took the long trip to Nova Scotia.

"When I first saw him, I gave him a big hug. I tried to take him up, but I failed," she said. "He's getting taller and heavier than before."

She says her first words in person were, "Are you cold?" and "Do you miss Mom?" They went out that afternoon to buy a winter-worthy coat and boots.

Zhou's parents remain in China, and she said it's been hard for them to be apart from Yuntao. "I will take my kids to go back to China to visit my parents. That's the hope for next year."

The pandemic hasn't been easy for Abdul Awad in Fort McMurray, who has built a career in Alberta's oil and gas industry. He came as a refugee from Somalia 20 years ago and regularly sends money to family and friends back home to help them survive.

"Growing up in Somalia, I remember there were no … social programs [or] government agencies," he said. "People are left alone to fend for themselves."

"They have nowhere to go. So they call us — those friends, family members who are here or elsewhere, and the diaspora for help."

In 2021, his hours were cut and he was seeing fewer work opportunities— and he was not alone. "A lot of people lost their jobs. A lot of companies [were] not hiring."

This year, Awad has been getting more regular work, but it's not the same as it was pre-pandemic. He says at times he's had to rely on his credit card to make remittance payments to his family and friends who depend on his financial support.

Not contributing is not an option, he says. Many of his nomadic relatives — and their herds —have been hit hard by some of the worst drought conditions in decades in the Horn of Africa.

Awad is looking ahead to better times, despite the challenges in Somalia, along with the rising cost of living and the downturn in Alberta's oil and gas industry. "We're still hoping that, you know, the prices will come down, new sites will be opened and built. I think we are all optimistic here that things will just go up work wise and people will find work."

Keeping connections in war and turmoil

Over the last year, we've also seen a lot of upheaval beyond the pandemic. The Taliban took control of Afghanistan, and Canada promised to resettle 40 thousand refugees.

Since the Russian invasion of Ukraine began in February, Canada has accepted more than 40,000 Ukrainians.

Neli Dubova fled Odesa, Ukraine, on Feb. 24, the day Russia invaded Ukraine, and now calls Winnipeg home. She's been supporting children who have recently arrived from Ukraine as they settle into their new lives. "I'm so honoured to help children that come here."

It was hard to connect with her family when she first came to Canada, she said. Dubova has seven siblings, and some of them decided to stay in Ukraine, along with her parents. She says she felt guilty, like she "betrayed them," even though they chose to stay.

Dubova says Canadians have welcomed her warmly. "We feel like family here. This host family who hosted us, we feel like we are home."

Then and now: more stories and connections

Here are a few updates from other people and stories featured in The Same Boat:

THEN: In Edmonton, Elijah Konguavi was dreaming of the day when he could take his three children back to his family farm in Namibia.

NOW: Earlier this year, Konguavi got to visit his family home near Gobabis, and brought all his young children (aged zero to five, including a new addition this spring). He says the little ones have gained a "sense of belonging" while spending time with his mother, Maii, as well as the farm's cattle, sheep and more than 1,000 chickens.

THEN: During the pandemic, Saskatoon resident Christine Ajok lost a sister in South Sudan and a brother in the United States, and the local South Sudanese community couldn't gather to help her grieve, leaving her feeling alone and isolated. She was unable to find work, which made it hard for her to support her daughter and son.

NOW: This spring, Ajok has found a temporary job and she's been able to connect in person with family and friends in Saskatchewan. She says her two children give her hope: "My kids, every day, keep me going."

THEN: How do you stay connected to nine-year-old boys when you're an ocean away? Video games. Toronto resident Ben Clitherow got out his game console as a way to hang out with his twin nephews in London, England.

NOW: Loosening restrictions allowed Clitherow to fly back to London and see his family in March — and for them to meet his infant son. This time around, his nephews were more into the word game Wordle, and they took advantage of some in-person quality time by playing a lot of soccer.

THEN: As an international student in Ottawa, and the mother of a newborn, Min Hui felt lonely, "anxious and upset" during the pandemic lockdown. She'd applied for a visa so her mother in Shaanxi, China could come help for a year, but COVID-19 kept them apart.

NOW: Hui's mother got her visa in April 2021 and arrived last October. Although it hasn't been an easy adjustment, she's glad her mother is here. Hui put her studies on hold to look after baby Chloe, but finally, after another year of online classes, she got to receive her diploma in person.