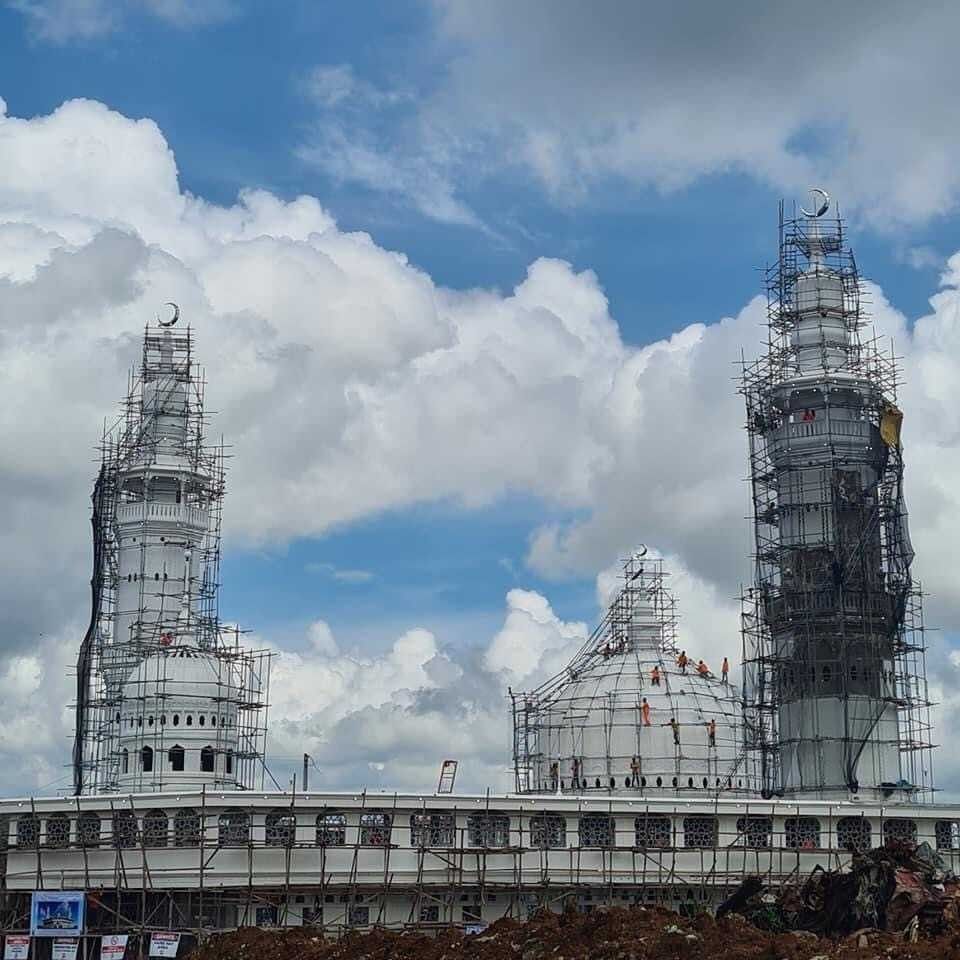 MANILA, Philippines — A network of groups from Mindanao has pressed the government to fast-track the rebuilding of Marawi City, as it said many who were displaced by the Maute siege four years ago have yet to return home despite promises.

The battle between state forces and the Islamic State-inspired group stretched for four months in 2017. In its wake were 370,000 forced out of their homes, and a cost of damage at P11.5 billion.

Related Stories
Watchdog says ‘no real liberation’ in Marawi 3 years after Duterte’s declaration
Palace: Duterte satisfied with pace of Marawi rehab but faster would be better

In a joint statement, members of the Marawi Advocacy Accompaniment urged the Duterte administration to prioritize the return of internally displaced persons to their communities and compensate victims.

"Four years after the siege, most of the promises…remain unfulfilled," MAA said in a May 22 statement. "President Rodrigo Duterte's promise saying that Marawi will rise as a prosperous city again remains invisible and cannot be felt on the ground."

Last year, the president said reconstruction there has not been easy and cited the clearing of lands from explosives and settling titles as prolonging the efforts. He was responding to a watchdog which flagged the rebuilding as slow and lacking in funds.

A task force official has told the Philippine Center for Investigative Journalism on how the pandemic posed a significant impact on the progress there.

"We had to stop construction activities," said Asec. Felix Castro Jr. as quoted by PCIJ in its report. "When we resumed the projects, many workers did not come back so we had to look for new people."

While buildings, roads and utilities have risen in the war-torn city, many residents have yet to secure building permits while others simply had no money, PCIJ also noted.

Despite this, officials remain confident that work will be completed by December 2021, a date that Housing Secretary Eduardo del Rosario told senators in September last year.

The MAA sought from the national government and the task force to make public all information on the status of reconstruction, as well as on public spending and other attendant issues.

It added that persons displaced from Marawi remain in temporary shelters, making them more vulnerable to the threat of COVID-19.

"This multiple-displacement aggravated by the government's slow rehabilitation and reconstruction program has deprived the bakwits of much-needed opportunities for economic survival amid pandemic period," MAA said.

Members stressed that rebuilding Marawi is not only through public infrastructures, but also on getting people back to their lives and addressing issues of those who survived.

The months-long effort to reclaim the city resulted in 168 deaths from government troops, 114 civilians, 270 unidentified individuals and 924 from the Maute group, per figures from a report by the Asian Development Bank. — Christian Deiparine

Vice President Leni Robredo releases a statement a year after the siege in Marawi. She says that even though the battle has ended, the fight to bring back to normal the lives and livelihood of Marawi residents continues.

Three years since its liberation, Vice Leni Robredo renews the call for a more urgent approach to the rehabilitation of war-torn Marawi.

The vice president also calls for the government's commitment to the rebuilding of a more peaceful and prosperous city.

"Liberation entails much more than silencing the gunfire," Robredo says.

Sen. Risa Hontiveros joins calls to highlight the plight of displaced residents of Marawi City more than three years after the siege that destroyed a large part of the capital of Lanao del Sur.

"The bloody and violent siege that took place in Marawi is still alive in the displacement of our sisters and brothers three years later, today. That is 1,095 days of worsening poverty and violence that they have suffered because we still have not made their pain a priority," she says in a statement Sunday.

She says the pandemic makes the displacement of Marawi resdients even more painful as they wait for reconstruction in the city.

"Dahil habang tayo ay nakakulong sa ating mga tahanan, karamihan sa kanila ay wala pa ring mauuwian (While we are confined to our homes, most of them still have no homes at all). Washing hands, social distancing, staying healthy and earning income despite everything are especially heavy when you have not even been given the opportunity to properly recover economically, socially and psychologically, from the trauma and pain of a bloody war."

The Liberal Party says Marawi residents should return to their homes three years after the bloody Marawi siege, also the eve of the Muslim celebration of the end of Ramadan, or Eid’l Fitr.

There are 422 families living in nine evacuation centers and community-based centers in Marawi, the UN Office for the Coordination of Humanitarian Affairs says in a Mindanao briefer citing December data.

"More than 10,000 families are home-based or staying with host communities according to the Task Force Bangon Marawi. Validation continues in informal ECs and community-based centers."

The city government of Marawi and Task Force Bangon Marawi held the 16th "Kawiyagan" to provide services, programs and livelihood assistance to residents of the city.

"The Kawiyagan, a Maranao term which means livelihood, is a regular activity spearheaded by the City Government of Marawi and Task Force Bangon Marawi (TFBM), which aims to provide much-needed humanitarian and livelihood assistance to those affected by the 2017 siege," the Office of the Presidential Adviser on the Peace Process says.