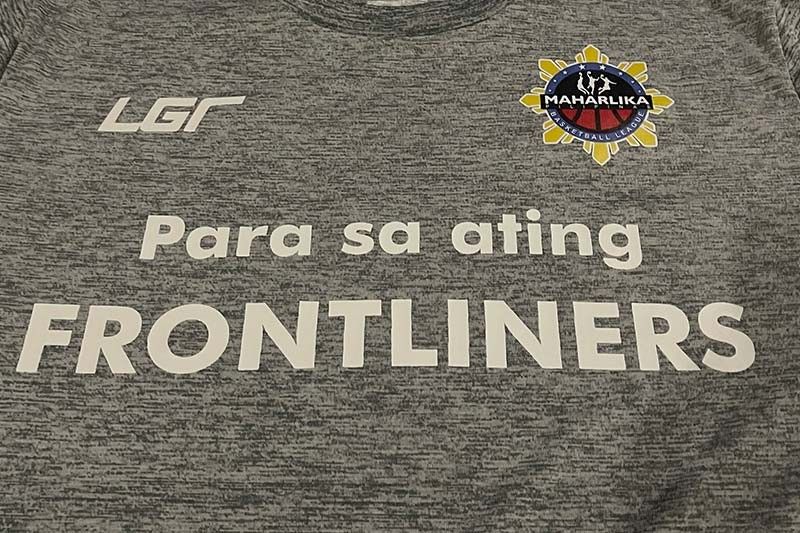 MANILA, Philippines — Grateful for the permission to resume amid the COVID-19 pandemic, the Maharlika Pilipinas Basketball League is dedicating the remaining games of its Lakan Season to the country's frontliners.

Led by Senator Manny Pacquiao, the league COO and founder, the MPBL family, including its officials and staff, the team owners, coaches, and players, decided to express their appreciation to what these unsung heroes have done by wearing jerseys, warmers, and shirts with simple messages to them in its bubble in Subic, Zambales.

"Our frontliners have sacrificed a lot (many with their lives) and fought hard in this battle. The MPBL family will continue to pray for them and show them our full support and gratitude," the league stated.

Stalled for a year, the MPBL Chooks-to-Go will hold the deciding game 3 of its division championships, featuring the San Juan Knights and the Makati Super Crunch in the North and the Davao Occidental Tigers and the Basilan Steel in the South, on March 10 at the Subic Bay Gymnasium.

The division champions will advance to the best-of-five National Finals starting on March 12. Other games are on March 14, 16, and, if necessary, March 18 and 20.

The Super Crunch and the Steel will enter the bubble with MPBL Commissioner Kenneth Duremdes and other league officials on Monday.

The Tigers and the Knights, including Mike Ayonayon of NLEX, are already in the quarantine hotel at the Subic Bay Freeport Zone with MPBL Operations Head Emmer Oreta.

All the games will be held behind closed doors but will be shown on A2Z.