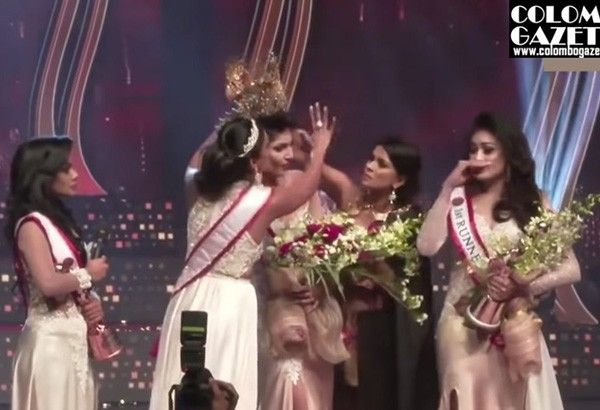 MANILA, Philippines — We've heard it, time and again, in crowning moments, before a winner is proclaimed in beauty pageants, that the master-of-ceremonies will inform the viewing public that if "for any reason the winner cannot fulfill her duties and obligations, the first runner-up will take her place."

Every now and then, this scenario happens and the first runner-up assumes the title and crown. Let's take the case of Panama's Justine Pasek who took over Russia's Oxana Fedorova when the latter was dethroned as Miss Universe 2002.

There are, however, cases when the runner-up declines the offer. Like in the case of Miss Philippines' Evangeline Pascual, who won first runner-up to United States' Marjorie Wallace at Miss World 1973. When Wallace was dethroned, Pascual did not accept the offer because only the title was transferred but not the prize money, which is prorated as salary/stipend all throughout a winner's reign and work as the organization's spokesperson.

Another instance happened recently when the Miss Eco International 2019 title was offered to first runner-up Maureen Montagne of the Philippines, after Peru's Suheyn Cipriani was dethroned for getting pregnant during her reign. Montagne, however, was unable to receive it as she was already competing at Bb. Pilipinas 2021 as a candidate when the call came. It was given, instead, to Malaysia's Amy Tinie Abdul Aziz.

Mrs. World 2020 first runner-up from Ireland was, thereafter, crowned as the new Mrs. World 2020 after Jurie surrendered the title, following an arrest for charges of "simple hurt and criminal force," but was later released on bail. Her trial is scheduled for June 28.

Jurie was arrested four days after the crowning incident, and relinquished her title thereafter. Local franchise holder Chandimal Jayasinghe also filed charges against Jurie for breakage that resulted after the incident, in parts of the rented venue.

The Mrs. World Organization said in a statement that Jurie's "voluntary resignation decision was made solely by Caroline herself." The crown-pulling event was witnessed by the wife of Sri Lanka's prime minister who attended the event. It may have created an uproar in Colombo but Sri Lanka will still host the Mrs. World 2021 final show by year's end.