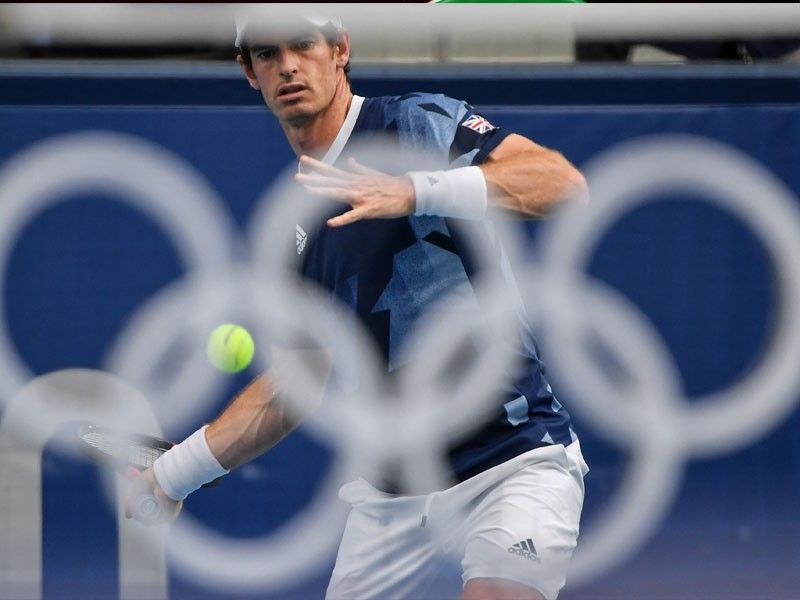 TOKYO – Andy Murray said he was unsure if he would play at another Olympics after his bid for a third gold medal ended with a quarterfinal defeat in the men's doubles on Wednesday.

The British pair led Cilic and Dodig by a set and a break but suffered a late collapse as the Croatians prevailed in a deciding tie-break.

"I don't know. I don't know if I'll get the opportunity to play again," said Murray, asked if he would appear at a fifth Olympics in Paris in 2024.

"I love every minute of playing the Olympics. I wish that today would have gone differently. I had another chance with Joe to win a medal. We were so close and that is just disappointing.

"There was some stuff I wish I could have done at the end of the match to try and help out more. But yeah, very disappointing."

Murray pulled out of the singles in Tokyo due to a muscle strain. The three-time Grand Slam winner won gold in the event at London 2012 and Rio 2016.

"I don't regret that decision," he said.

"I think we put ourselves in a really good position to win and do well here. This is the one — it hurts a lot losing that one because you get through it and you get two matches for a medal. We were just so close."

Murray was bidding for a fourth Olympic medal, having also won silver in mixed doubles alongside Laura Robson in 2012.

"I hate losing. I wanted to try and win a medal with Joe," he said.

"It is difficult to take, it is disappointing. You have regrets and think about points and stuff, things you should have done differently. I have always loved team sports. I love being a part of the Olympics."

Murray hopes to compete at next month's US Open, where he won the title in 2012.

"I will see how the injury heals," he said. "That will dictate it. I am not going to rush something. If it is not there then I should be OK to play."

Cilic and Dodig will play New Zealand's Michael Venus and Marcus Daniell in the semi-finals in Tokyo. Venus and Daniell took out Colombian third seeds Juan-Sebastian Cabal and Robert Farah in the last eight.