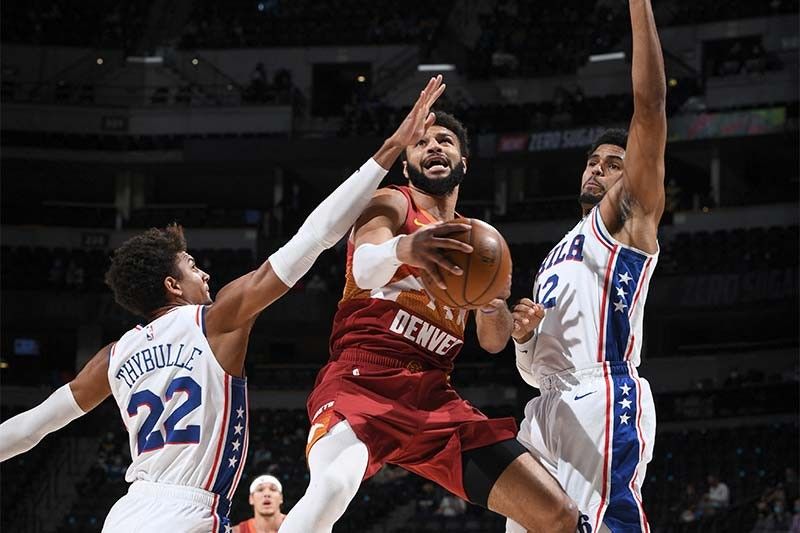 Michael Porter Jr. and Nikola Jokic also passed the 20-point mark with 27 and 21 points, respectively, to power Denver against Philadelphia.

The Nuggets did not relinquish the lead for the whole 48-minutes and led the game by as much as 25 points at multiple instances in the third quarter.

This sent the Sixers stumbling to back-to-back losses and a 32-15 record. The Brooklyn Nets now have the chance to overtake the Sixers with an identical record in the East.

After trailing by as much as 16 points in the second half, the Magic slowly chipped away the lead.

Wendell Carter Jr. would give the Magic their first lead of the game with 1:10 ticks left in the game off of a layup, 95-93.

Otto porter Jr. would then extend the lead to four, 97-93, with less than a minute remaining.

While a triple from Terrence Mann put the Clippers within one, 96-97, with 25.5 left in the game, clutch makes from the charity stripe and a costly turnover from Kawhi Leonard with 6.6 seconds left in the game doomed Los Angeles.

Chuma Okeke paced the Magic with 18 points while Leonard top-scored for the Clippers with 28.

For their part, the Charlotte Hornets blew past the Washington Wizards, 114-104.

Terry Rozier and Gordon Hayward combined for 53 points to lead the Hornets past the home team in a game that saw Charlotte lead as much as 11 points.

While the Wizards held themselves within striking distance all game, the Hornets were never really in danger of giving up the game.

In the other game, the Phoenix Suns tallied their third straight win after beating the Atlanta Hawks, 117-110.

Devin Booker stood out for the Suns with 21 points while Dario Saric chipped in 20.