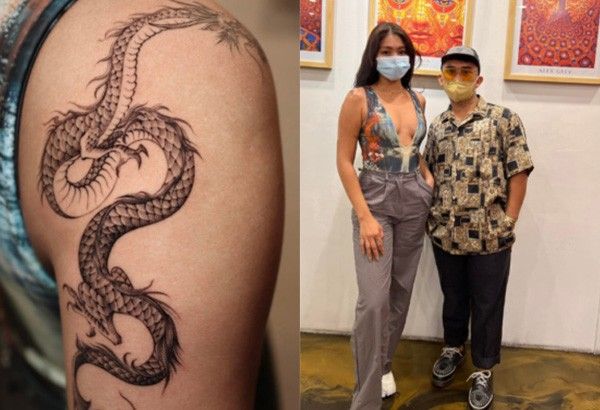 MANILA, Philippines — Nadine Lustre got herself her biggest tattoo yet: a fierce dragon design on her shoulder with a tail extending down her arm.

The actress was inked by Vimana Tattoo’s Indygrain, as posted by netizen Beth Barocaboc-Linga on her Facebook page yesterday, January 20.

The "Wait for Me" singer is known to sport minimalist tattoos, like a rose on her wrist, a design of the moon on another wrist, and a lotus flower on her arm. Last year, the star's tattoo on her legs with words "That's it. It Is What It Is" also trended on social media, which was reportedly a statement of closure from relationship with actor James Reid.

During her visit at the tattoo and piercing shop, she was also seen with fellow actress Andrea Brillantes, who is yet to reveal her tattoo or piercing.