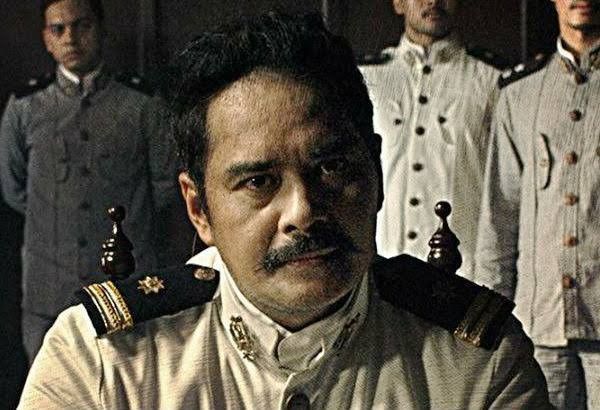 MANILA, Philippines — John Arcilla was enraged by politicians who are prioritizing the upcoming 2022 elections over the ongoing problems brought about by the pandemic.

On Twitter, he threw cuss words at politicians who are already campaigning months ahead of the campaign period rather than focusing on their country and their people's needs.

Arcilla thinks Filipinos need to mature fast, do away with the naivete or "katangahan" or need to find someone who is willing to sacrifice himself for the betterment of the country.

The silver screen's "Heneral Luna" and TV's Hipolito is impassioned as he speak about the lessons people can take away from watching his upcoming series, "OTJ: The Missing 8", the sequel to the smash hit 2013 film directed by Erik Matti. "OTJ" will be screened as an HBO Asia Original six-part series exclusively on HBO GO starting September 12.

"OTJ" the series takes off from the 2013 film about a gun-for-hire criminal group operated from within a prison by corrupt officials. The series continues with the storyline with the addition of new characters and a plot that takes off on an election taking place and the spread of fake news.

"We have to find ways to be empowered as a people, as Filipino people. Whether we like it or not, we have to encourage each other to speak and to fight for it. I mean, we don't need to endanger our families like Sisoy did. That's too heroic but we don't need to be that heroic," he said.

Arcilla plays Sisoy Salas, a seasoned journalist in the countryside whose ethics as a media man will be scrutinized.

Director Erik Matti said that he and writer Michiko Yamamoto focused on countryside journalism because it interested them. He said since a lot of them are not well-compensated, they take "sidelines" which he claimed usually involves anyone who is in position. These particular journalists become these powerful peoples' "mouthpiece."

He discussed the country's long battle towards its own sovereignty — from the 350-year-rule of the Spaniards to the colonization of the Americans during the beginning of the 20th century down to the three-year Japanese occupation during World War II.

Compared to other continents particularly Europe which he said had already a sense of society since the 11th century, the Philippines is still young.

He stressed that a lot of people continue to be naive, continue to look up to that "idol" without even thinking about more important things such as social services.

We empower each other na maging isa para humanap ng taong ganon. So, I dedicate this to all the Filipino people, of course," Arcilla said.