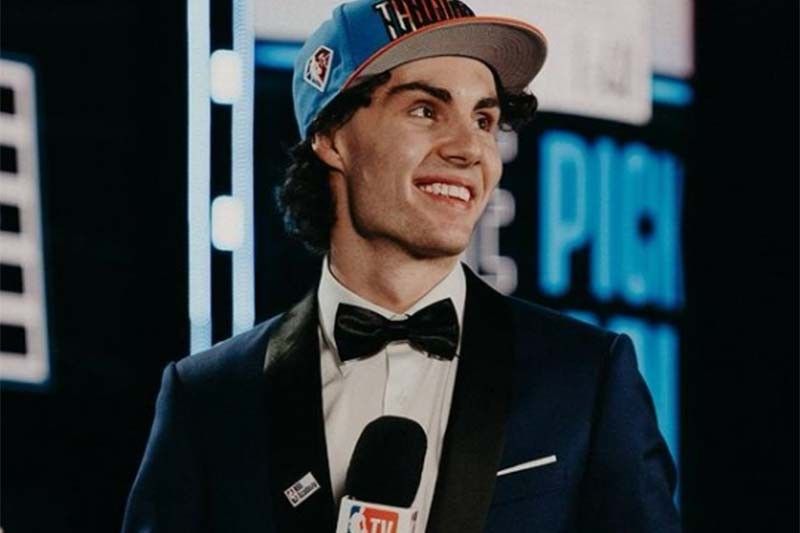 MANILA, Philippines — Josh Giddey is reaping the benefits of playing in the Australian National Basketball League, something that Filipino aspirant Kai Sotto can do too.

After getting drafted sixth overall in the 2021 NBA draft, Giddey raved about how playing a year with the Adelaide 36ers — where Sotto will also be playing later this year — helped him get to where he is now.

"Watching LaMelo [Ball] and RJ Hampton go through that same process and see how well their game translated from the NBL to the NBA gave me confidence going in that hopefully I can do something similar. Lucky enough I did," said Giddey after the draft.

"I landed in a good spot and having LaMelo and RJ with the attention they brought from America to Australia was big, and I was just lucky enough that the limelight was still on me at that time," he added.

With players like Ball and Hampton, and now Giddey, bringing great talent from Down Under to the NBA, it won't be long until the Aussie NBL will be a hotspot of recruiting.

This would be a huge development for Sotto, who will look to make an impact with the 36ers just as Giddey did in order to raise his stock when he becomes draft eligible by 2022.

For Giddey, one year as one of Adelaide's stars was already enough to put him on the map and on the radar of NBA front offices.

"They had so much attention on the league and it allowed me to go in there with lots of eyes on it so it was a good time for me to enter the league," Giddey said.

It remains to be seen how Sotto's career with the NBL will unfold.

But with the way things are going for NBA-calibre talents in the NBL, Sotto will find himself on the watchlist of NBA scouts sooner or later.