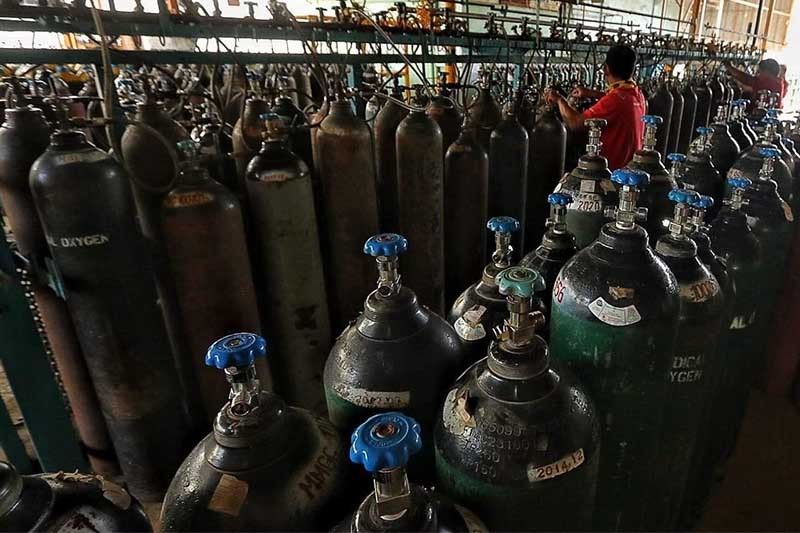 MANILA, Philippines — The National Bureau of Investigation will help in government probe into possible hoarding of oxygen tanks and medical supplies amid the threat of rising COVID-19 cases and the Delta variant of the coronavirus.

Justice Secretary Menardo Guevarra on Wednesday told reporters that the NBI last year started an investigation of alleged hoarding and overpricing of medical supplies by a certain specified company.

“As there are current reports of hoarding (and possibly overpricing) of oxygen tanks and other medical supplies in Cebu, which probably involve a large number of suppliers, I will direct the NBI to help the [Philippine National Police] and the [Department of Trade and Industry] in running after and prosecuting these hoarders,” Guevarra said.

The Freeman reported that Cebu City is battling battling a new surge in coronavirus infections and has sought help amid a lack of medical personnel.

Photos by the local paper earlier this week also showed residents there flocking to suppliers of oxygen tanks, with prices in one store ranging from P3,500 up to P8,950.

Guevarra said the government probe will also cover areas outside of Cebu, “where incidents of Delta variant COVID-19 infection are expected to be high, including the [National Capital Region],” he added.

Police General Guillermo Eleazar has also directed Cebu City Police and the Regional Criminal Investigation and Detection Group to coordinate with the local DTI office to look into reported hoarding.

The PNP chief also said he has tasked cops in Metro Manila to be vigilant against possible incidents similar to that in Cebu City.

DOH has also reclassified Metro Manila as a "high-risk" area for COVID-19, a month after downgrading it to "low-risk." On August 6, Metro Manila will revert to the toughest quarantine classification for two weeks. — Kristine Joy Patag with reports from Christian Deiparine