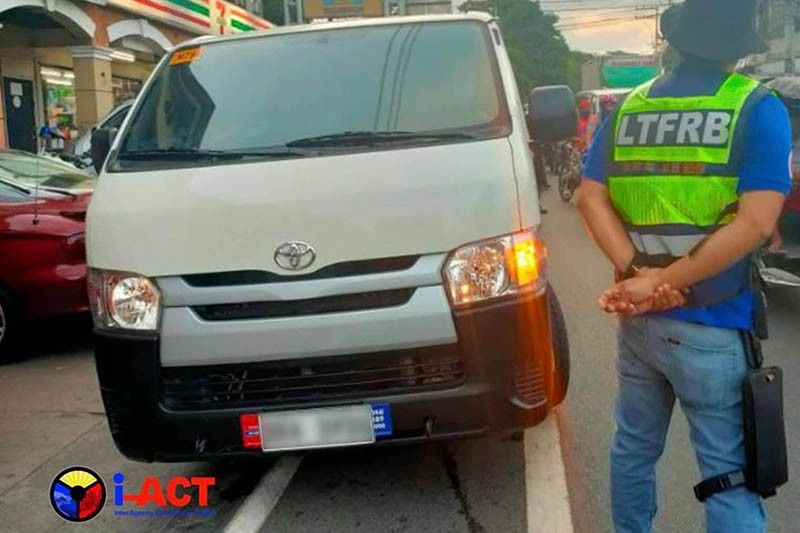 MANILA, Philippines — The National Bureau of Investigation will look into reports of so-called “COVID-19 smuggling”, where people yet to be tested for the coronavirus are brought into the NCR Plus bubble despite restrictions.

Guevarra said Wednesday that the Department of Justice will respond to the alarm raised by Transport Secretary Arthur Tugade. "I’ll direct the NBI to look into these alleged incidents of ‘human smuggling.’"

The DOJ chief added he will order the NBI to conduct a full-blown investigation “if there is any indication that the practice is widespread.”

Tugade previously said the DOTr received reports that closed vans and trucks smuggle people through Metro Manila boundaries for a fee. Once they reach the boundary, the smuggled people are supposedly fetched by commuter vans.

Police had been deployed to 1,106 quarantine control points within the bubble to implement protocols and check whether motorists are authorized persons outside residences or APORs.

In a statement on Tuesday, the transport chief said he was shown a viral video reportedly taken in Southern Luzon where a truck filled with people, huddled inside without masks or face shields, was opened by a helper.

A man, supposedly the one taking the video, thanked the truck driver for transporting the people.

Once outside the truck, the passengers were told to board several unmarked commuter vans that would bring them to their destinations in Metro Manila, the DOTr said.

Tugade stressed that these operations serve as vectors of transmission for COVID as the people being transported have not been tested before entering Metro Manila.

He said the operation is a clear violation of health protocols and must be stopped immediately through the concerted effort of the DOTr, Land Transportation Office (LTO), Land Transportation, Franchising and Regulatory Board, Inter-Agency Council for Traffic, Philippine National Police Highway Patrol Group and local government units.

On Wednesday, the DoTr said the Inter-Agency Council for Traffic has put up a fortified anti-colorum operation along Circumferential Road Brgy. San Jose, Sumulong Highway and Manuel L. Quezon Exit in Antipolo City.

The DOTr added that truck drivers are asked to open their back doors for cargo bed inspection.

The transport department said the I-ACT has so far identified 11 colorum vehicles, composed of ten vans and one taxi. — Kristine Joy Patag with reports from The STAR/Richmond Mercurio