Neskantaga evacuees relieved to be home, but distrust about water quality lingers

More than 250 members of a remote northern Ontario First Nation are back home for the holidays after spending two months in a Thunder Bay hotel following a water emergency.

As they stepped onto the tarmac at Neskantaga, about 450 kilometres northeast of Thunder Bay, some jumped and cheered in excitement.

“Christmas is here and we need to be home,” said Hilda Moonias, as she climbed into a van at the airport for the short drive to her house.

But the return comes with mixed emotions.

Even though repairs at the community’s water treatment plant are complete and a 14-day performance test shows it’s producing cleaner water than ever before, Neskantaga’s 25-year-long boil water advisory — the longest of any First Nation in the country — remains in place.

Samples taken from the plant by ALS Laboratories in Thunder Bay show the water does not contain any disease-causing bacteria, such as E. coli.

But chlorine residuals in the distribution system have been consistently inadequate and some technical and operational deficiencies are still in effect, so the environmental public health officer from Neskantaga’s tribal council is recommending the advisory stay in place for now.

Community members must bring their water to a full boil for at least one minute to brush their teeth, wash fruits and vegetables, or to cook.

Neskantaga’s water can be used for hand washing, cleaning dishes, laundry and bathing, except for infants and toddlers. But many people don’t feel comfortable using the water even for these purposes.

Whenever Neskantaga’s boil water advisory is lifted, Charla Moonias says it will be challenging for people to trust what comes out of their taps.0:34

The advisory could be lifted — declaring running water safe to drink — following the completion of the water treatment plant’s upgrade expected in the new year. The federal government has agreed to fund an expert water operator to be on site to train local operators for up to five years.

Once those two pieces fall into place, the community will then be faced with another challenge, said Neskantaga Chief Chris Moonias.

“People will not trust the water,” Moonias said.

“I know that for a fact because when we were in Thunder Bay, they drank bottled water … We need to work on the trauma that they faced over 25 years.”

Moonias said he hopes, in time, people will learn to use water running from their taps after they’ve been told for generations it was not safe to drink.

“I feel a lot more optimistic than I’ve ever been with regards to the water treatment plant,” Moonias said. “Now that we run the taps, the water there doesn’t look like ginger ale. It’s much cleaner.” 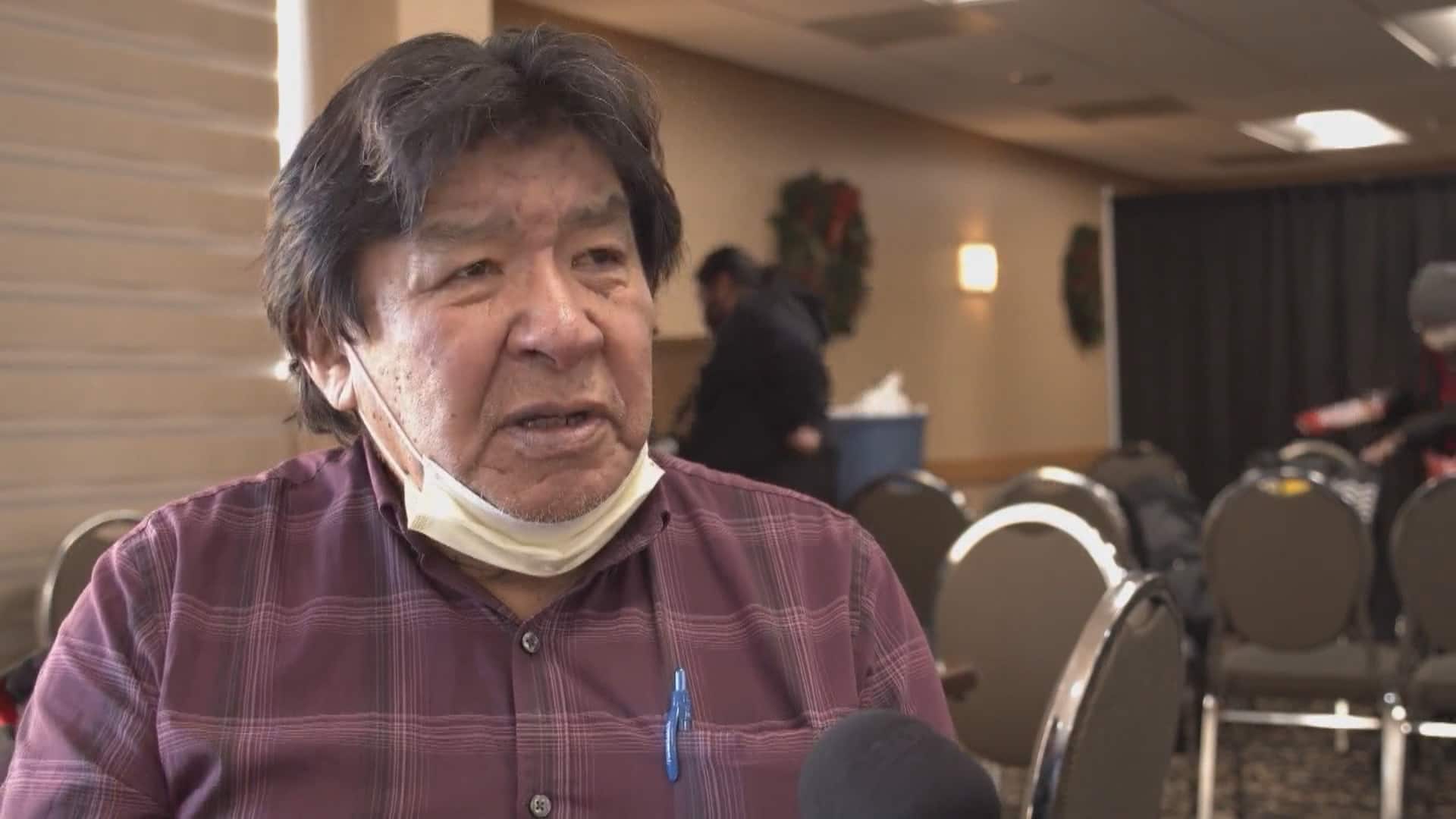 Returning to a boil water advisory

Moonias greeted members as they landed in waves over the weekend in six Summit Air Dash 8-100 planes.

This marked an end to a two-month ordeal that saw the community evacuated in the midst of a pandemic to Thunder Bay after a pump failure leached mineral oil into the community’s reservoir. This was the latest in a string of setbacks — including sewage overflows, equipment failures and COVID-19 — that delayed the completion of work on an upgrade to the First Nation’s water treatment plant by two years.

The work troubles doubled the cost of the project to more than $16 million.

A water treatment plant was built in the community in 1993, but it never properly disinfected the water. A boil-water advisory was put in place less than two years later on Feb. 1, 1995.

Waiting for promises to be fulfilled

Coleen Moonias, 36, said the return home is bittersweet. The tap water still needs to be boiled, but the end now seems closer than ever.

“I feel like I surrendered, but at the same time I feel much safer,” said Moonias.

“We didn’t get any water plant. We just got an upgrade. It’s just more fixing and more bandages piling up onto other bandages.” 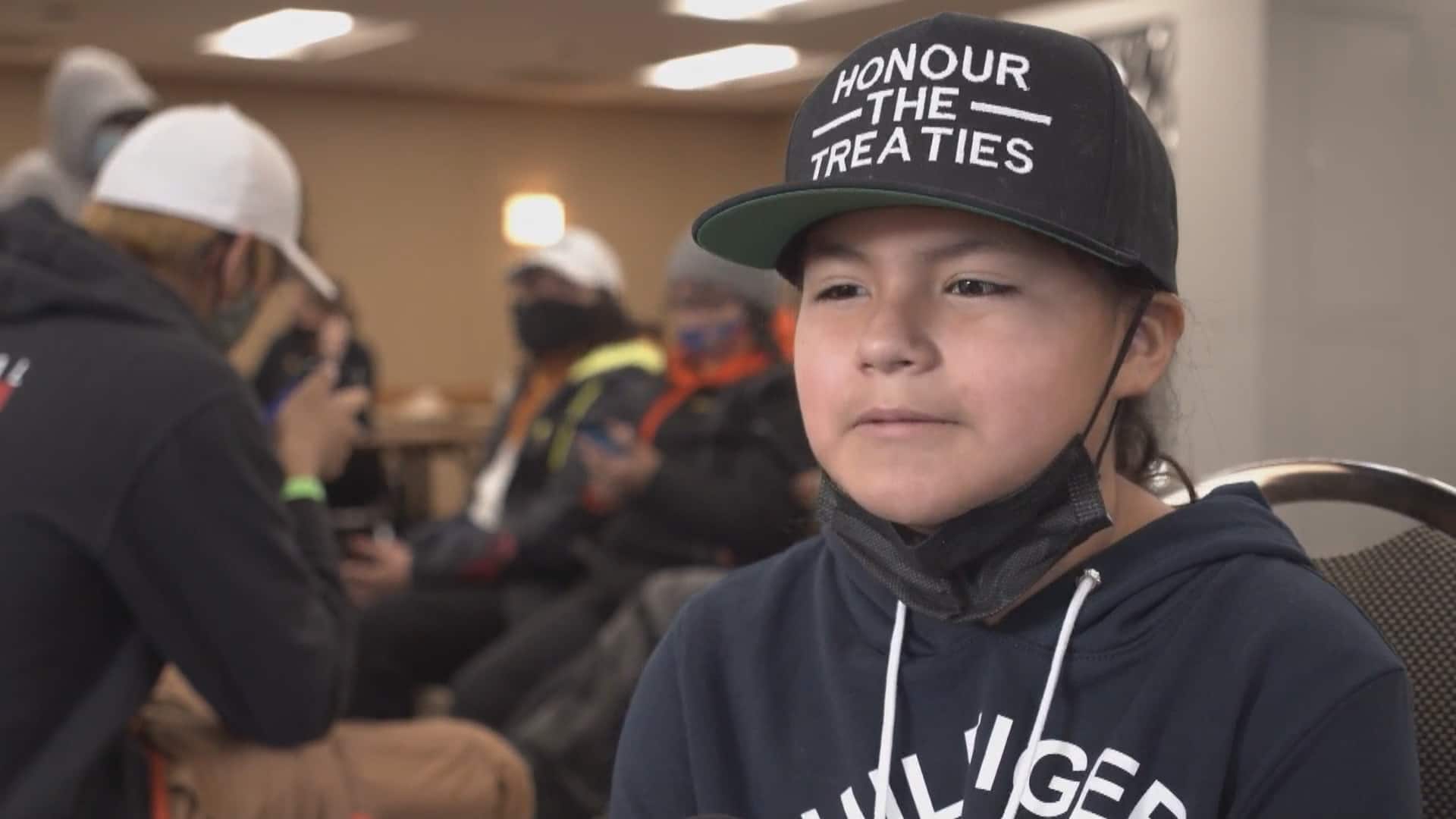 Nine-year-old Bee Moonias speaks about how she feels returning to Neskantaga First Nation with a boil water advisory still in place.0:30

Geoffrey Quisses got to work the moment he arrived home, helping his brother chop wood to keep their house warm, while keeping an eye on his one year-old nephew Neebin and five year-old niece Seequan, who played in the snow.

“Returning to a boil water advisory, it should have not happened,” said Quisses.

“I am 22-years-old and I am still living through it, including these younger generations … If we’re able to get clean water here, I’m still not going to trust myself to drink the tap water.”

All Neskantaga members will have to self-isolate until receiving results of COVID-19 tests administered before they stepped on their planes in Thunder Bay — a reminder that the community suffered a crisis within an ongoing global health crisis.

Peter Moonias, 75, grew up without any plumbing in the former location of Neskantaga, known as Lansdowne House. 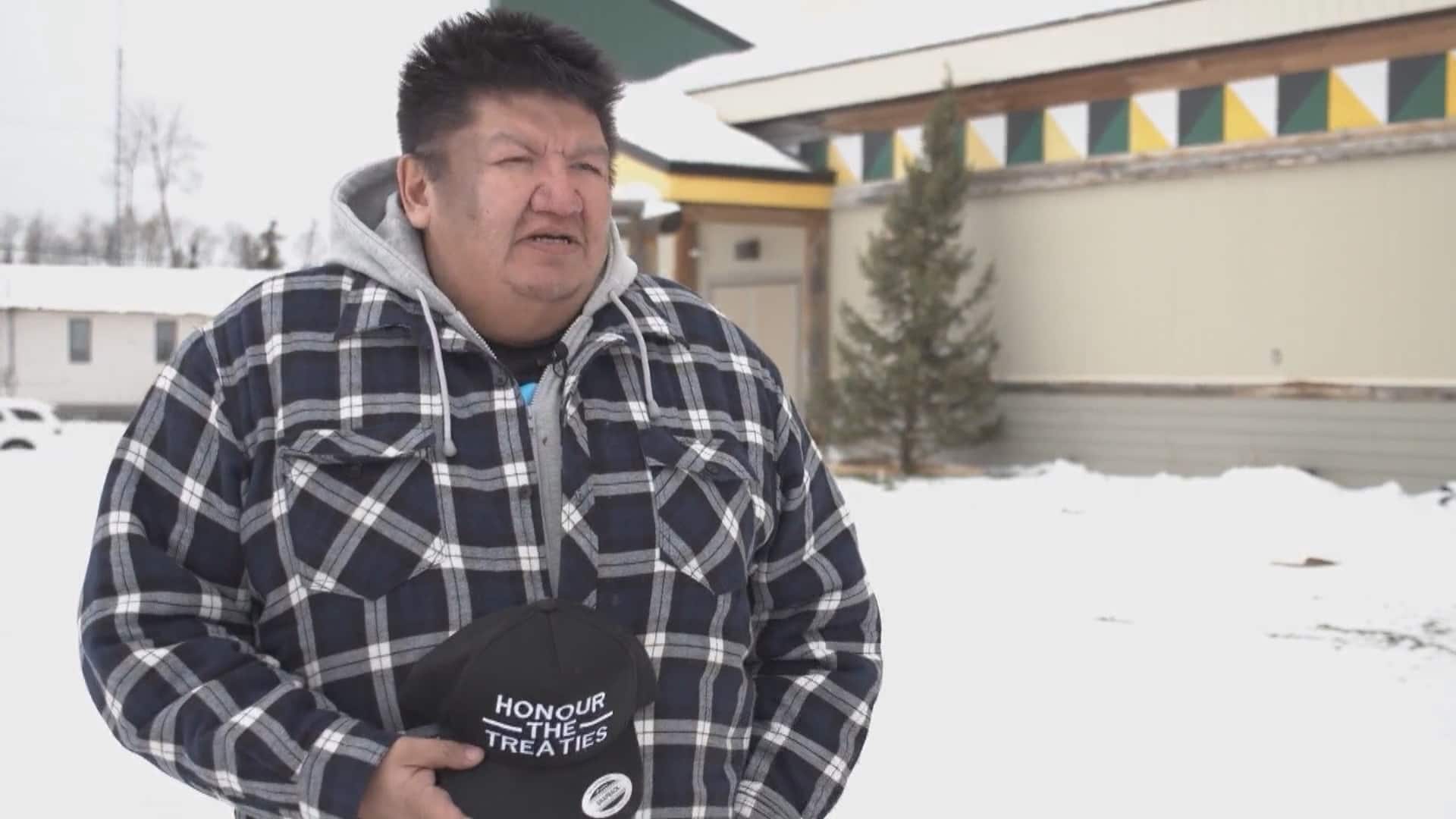 Neskantaga’s water cleaner than ever before

“It’s been like this where promises are made, promises do not carry out,” he said. “I’m concerned about going home to the same conditions, and we have to call for help and the help does not exist.”

Moonias’s nine-year-old granddaughter Bee only had one wish this Christmas.

Share
Previous A day in the life…
Next Neskantaga evacuees relieved to be home, but distrust about water quality lingers