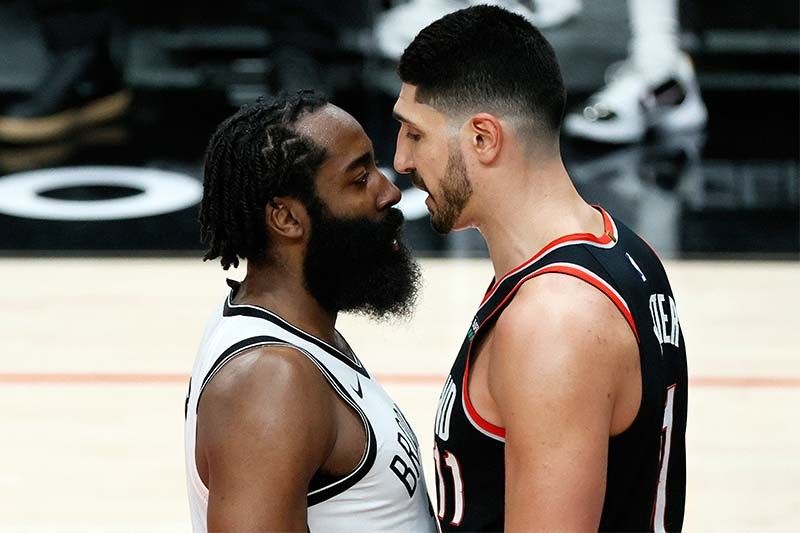 MANILA, Philippines – The Brooklyn Nets held on in the clutch against the Portland Trail Blazers even without Kyrie Irving and Kevin Durant for a 116-112 win on Tuesday (Wednesday, Manila time).

James Harden took charge for Brooklyn, dishing out 17 assists to facilitate the Nets' offense. He also top-scored in the back-and-forth affair against the Blazers with 25 points.

Portland was within two points with 7.8 ticks left, 112-114, after Robert Covington split at the charity stripe.

However, Jeff Green would make two of his own free throws to increase the lead back to four with just 4.4 left in the game.

Damian Lillard missed a 3-pointer with two seconds left in the game that would've put them within one.

Meanwhile, the Philadelphia 76ers turned back the Golden State Warriors, 108-98.

After squandering a 24-point lead early, the 76ers recovered just in time to frustrate the Warriors who are without star Stephen Curry.

The Warriors held a six-point lead in the fourth quarter, 92-86, before letting their guard down for the Sixers to stage a run and create space to steal the win.

Tobias Harris finished with a double-double of 25 points and 13 rebounds while Tony Bradley went perfect from the field with 18 points off of an 8-of-8 shooting night.