K-Drama adapted from the Webtoon of the same name, Nevertheless, has concluded on 22 August, and it is confirmed that it will not be renewed for a second season via JTBC.

There was a disappointing decline in the domestic ratings of the show that decided the fate of Nevertheless. Viewers were not happy about the unrealistic depiction of casual relationships, and how the story did not highlight any important moments of the two lead characters that contributed to the conclusion of the series.

Contrary to popular belief that the main character Yu Na-bi, portrayed by World of Married actress Han So-hee would end up with Potato Boy Do Hyeok, it was still Park Jae-yeon she kissed in the end, portrayed by Love Alarm star Song Kang.

Nevertheless is a story about college art students discovering romance and inspirations through a series of casual relationships and hidden feelings. However, Jae-yeon never showed sincerity towards Na-bi in the first few episodes of the series. It was only until then when Seol-a, his ex-girlfriend, left him for good that he decided he wanted to have a character development and pursue Na-bi.

This angered viewers as the series ended with Jae-yeon as the endgame for Na-bi, when it could have been The Witch’s Diner star Chae Jong-hyeop’s character Hyeok, who was serious and sincere about his feelings for Na-bi ever since he was introduced.

There was also a huge jump on how it was Jae-yeon who was problematic at first, and then as the series progresses it was Na-bi who is starting to make stressful decisions for herself. In the end, it was not Jae-yeon who should have changed for the better, but that she should have realized her worth.

Nevertheless showed how K-Dramas could never be realistic in a way that in the end, even though the possibility is low, the lead characters would still end up together no matter how toxic they are for each other.

It was not even the viewers who decided for the story, but the production team itself. The original story on webtoon had a different ending, with

Na-bi choosing Hyeok in the end, and Jae-yeon still looking for girls to victimize with his “Do you want to go see the butterflies?” scheme. 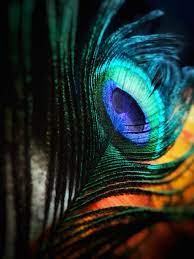 What was the reason for ending it in a seemingly frustrating way? To say that love can exist between the borderlines of lust and manipulation? Or to say that casual relationships, although rarely, can produce love and sincerity?

Although unlikely, in the pre-credits scene of Nevertheless with Na-bi almost letting go of Jae-yeon’s hand when she saw Hyeok opens the possibility of a second season, with better decisions from her — hopefully.

However, JTBC has no plans of renewing the series. If there would be another season, it would be produced by Netflix as it was popular outside Korea and is included in the Top 10 category of the streaming giant.

Even if the lead characters were Na-bi and Jae-yeon, a lot of viewers are much more invested with the storylines of the extra couples; Yun Sol and Ji-wan and Gu-hyun and Bit-na.

Still, there were a lot of holes in the entirety of the series that could have been fixed with a better decision for the characters that are not heavily influenced with the fake idea of love and “exceptions.”

Incorporating ‘weedibles’ in the daily diet

A bigger ‘Space of BTS’ at SM Megamall

Kitchen Hacks: Organize your kitchen to efficiently utilize your space

How to relieve sore throat