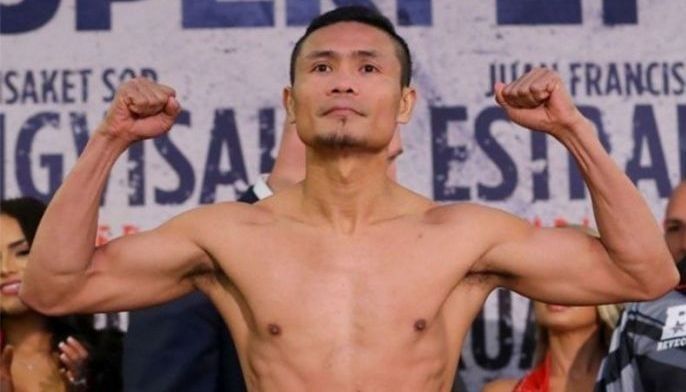 MANILA, Philippines – Donnie Nietes thinks that time might not be on older men’s side. But with everything that has happened in the world for over a year now, time is all one has.

It’s time for Nietes to tick off that fight bucket list and get some big wins before he hangs up his boxing gloves.

The 38-year-old former four-weight world champion is returning to the ring on April 3 to take on Colombian Pablo “El Terencito” Carillo that spectacular “#Legacy” event for the vacant WBO International super flyweight title.

“I decided to come back because yung dream fight ko ay si Roman ‘Chocolatito’ Gonzalez, Juan Francisco Estrada at Srisaket Sor Rungvisai,” said Nietes of what he thought about during this time off and during the pandemic.

Rungvisai is waiting to battle Estrada as the mandatory World Boxing Council challenger after the latter unified the WBA, WBC and the Ring junior bantamweight titles with a payback win against Chocolatito in a slugfest last Saturday.

There is talk though of a third Chocolatito-Estrada match after both have been crowd-pleasers and literal box office hits.

The Nietes-Carillo bout was put together by D4G Promotions in association with Top Rank and Queensberry Promotions and will be held at Caesars Palace Bluewaters Dubai as an undercard to the main event where American Jamel Herring defends his WBO super-featherweight title against Irishman Carl Frampton.

Carrillo is no stranger to big boxing events having previously shared the ring with a number of world champions, including Kazuto Ioka, Luis Concepcion and Francisco Rodriguez Jr.

At 32, Carillo has yet to win a championship belt. Unlike Nietes who has been largely inactive the last couple of years, the Colombian fought twice in 2019, both for wins. That put an end to six consecutive bouts where Carillo would win then lose the next one.

His fight with Nietes will be his first outside Colombia since 2016 when he knocked out Thai fighter Jakpan Sangtong in a fight in Osaka, Japan.

Ironically, Carillo’s last fight with a Filipino was against Nietes’ namesake, Donny Mabao, who the Colombian defeated via unanimous decision in 2016.

He will have his hands full against Nietes who despite his age is a much better fighter than Mabao.

The Filipino has won world titles at super-flyweight, flyweight, light-flyweight and minimum weight during his incredible career, and has a serious challenge in front of him against Carrillo (25-7-1, 16 KOs), who is ranked #8 in the world with the WBA.

But first things first. For Nietes to fulfill his boxing bucket list, he has to get past Pablo Carillo.