I enjoyed meeting some newly arrived diplomats at the Ambassadors Night which was also the launching of the Asia Leaders Awards “Men And Women Who Matter List” at Manila Polo Club attended by the awards committee members and few of the selected previous and current honorees like Joel Cruz of Afficionado, Virginia Lane of Tiger Logistics, Deniece Cornejo, Liza Timbol of GR Bank and Regina De Ocampo of FilRemit. 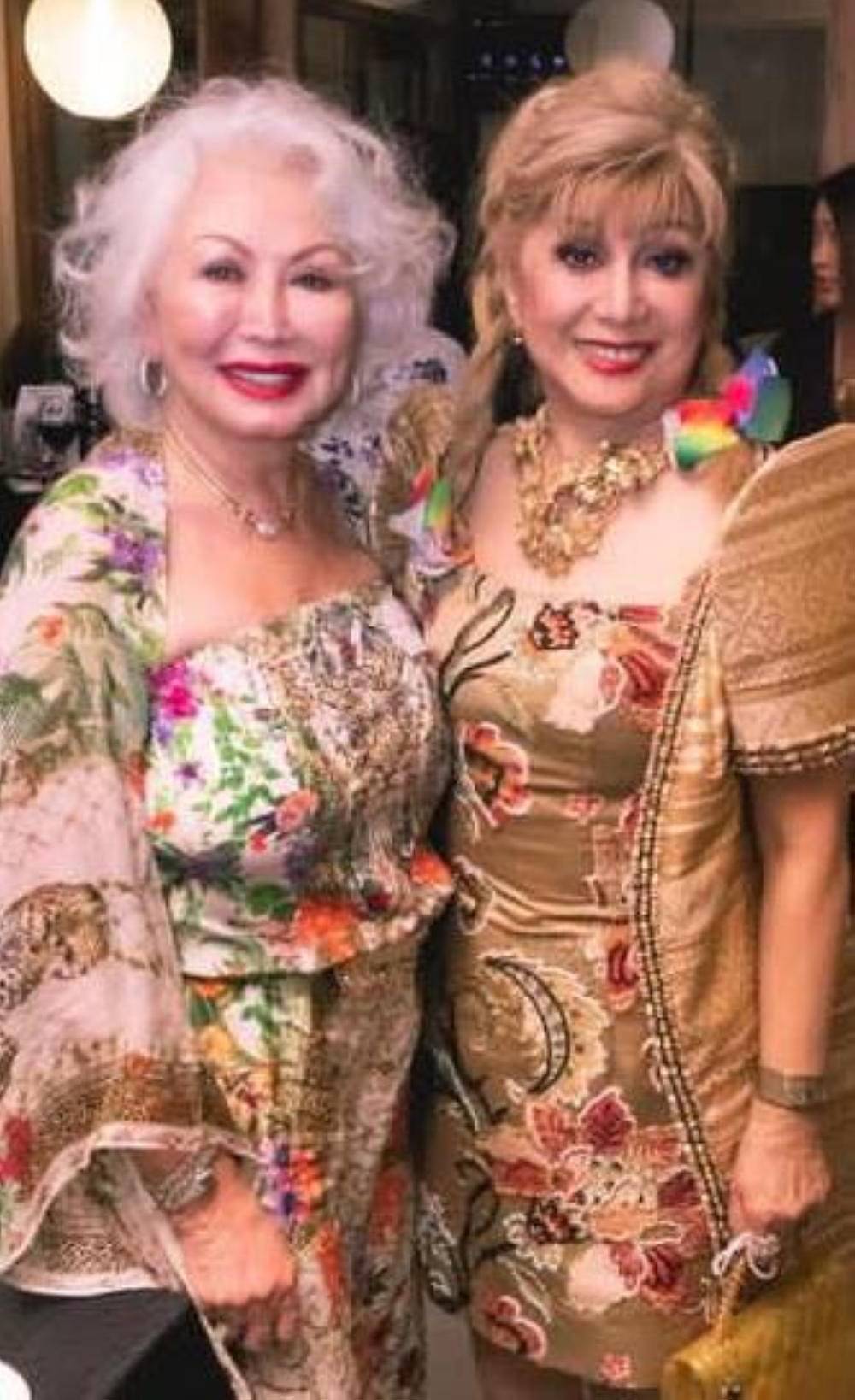 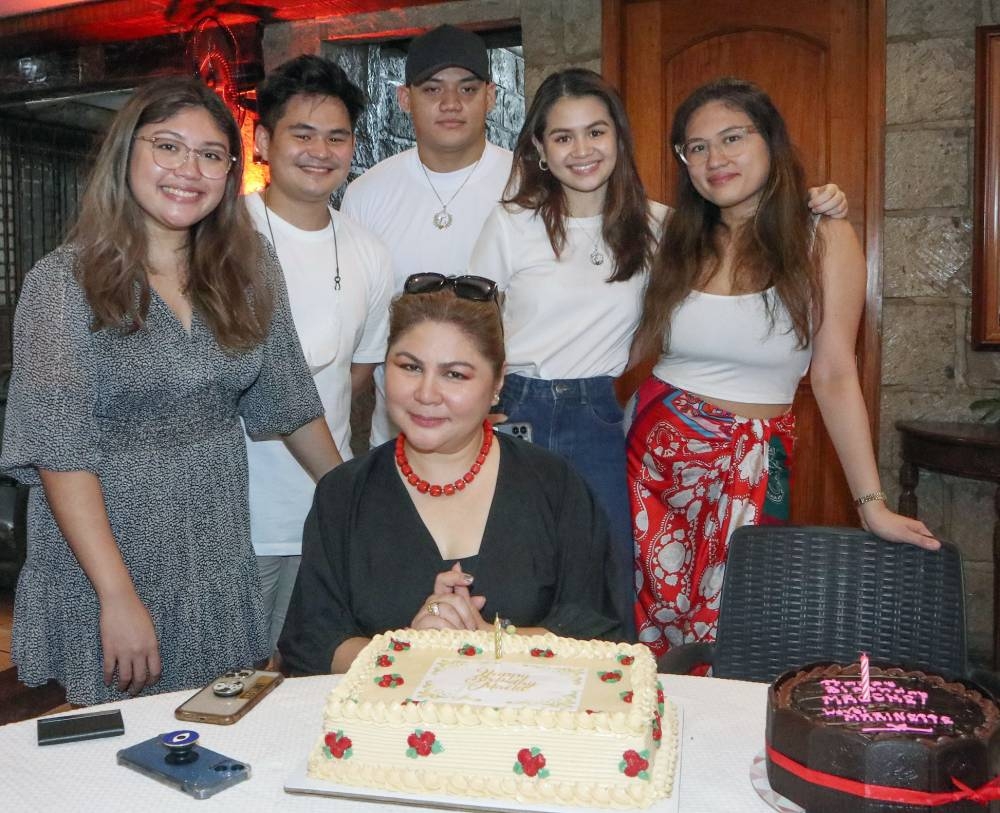 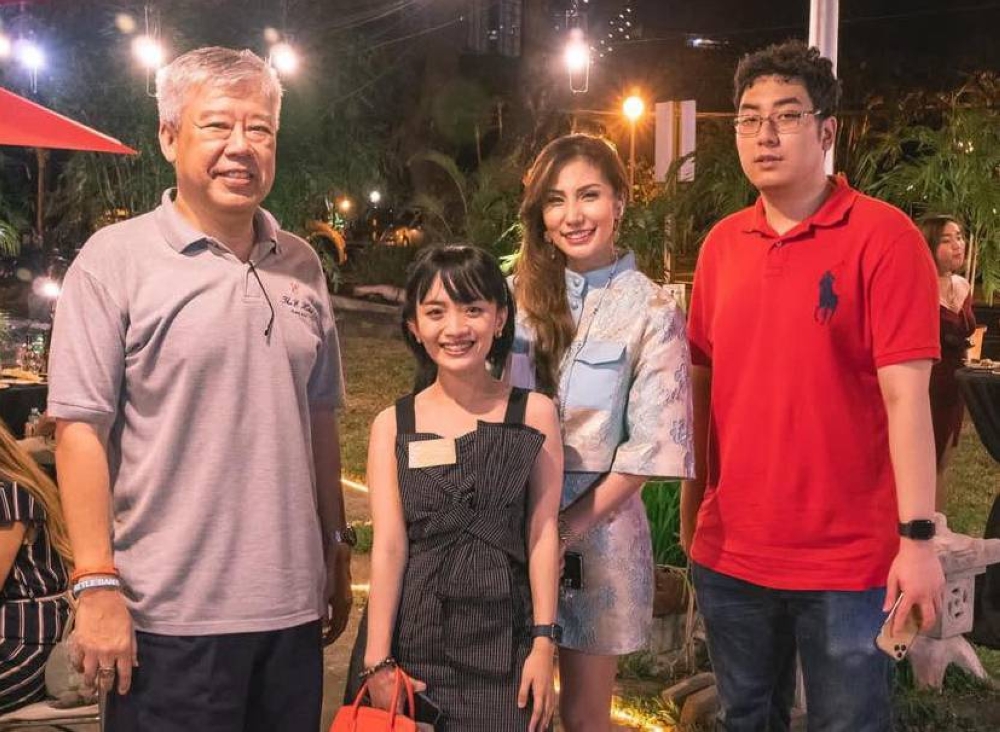 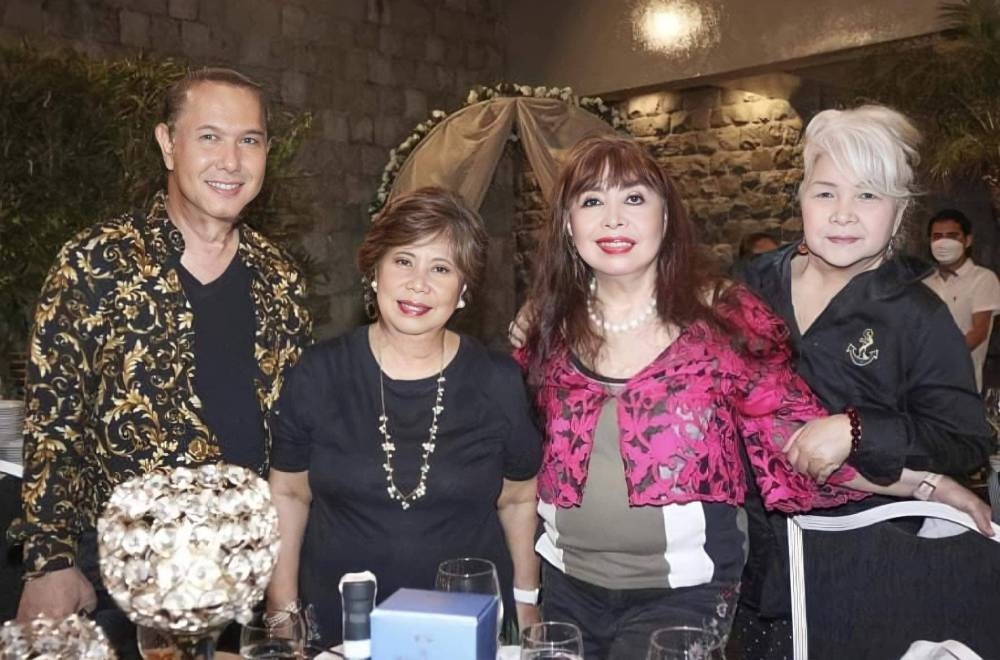 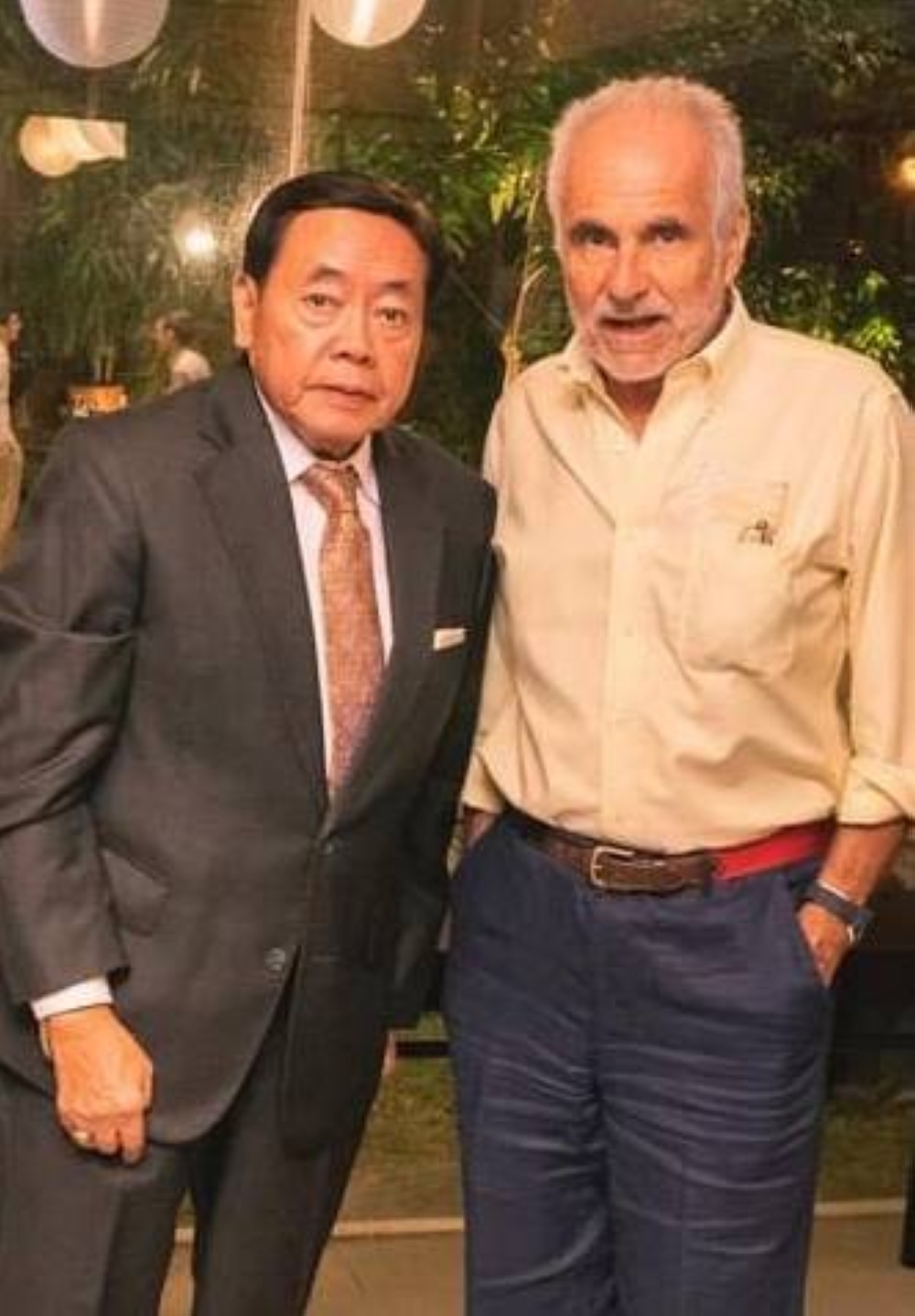 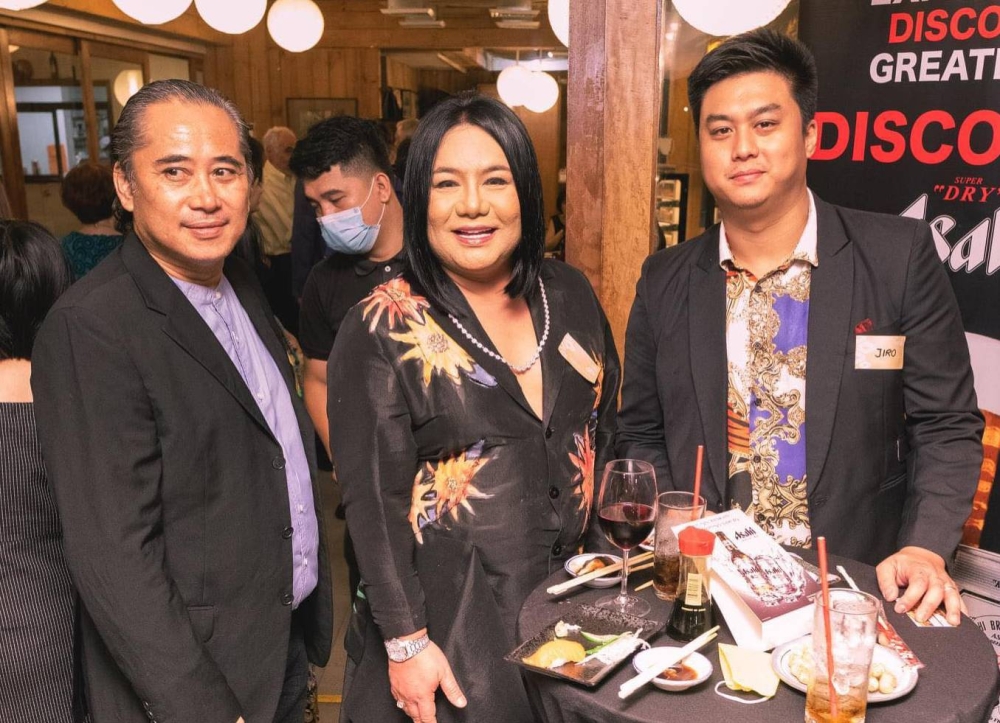 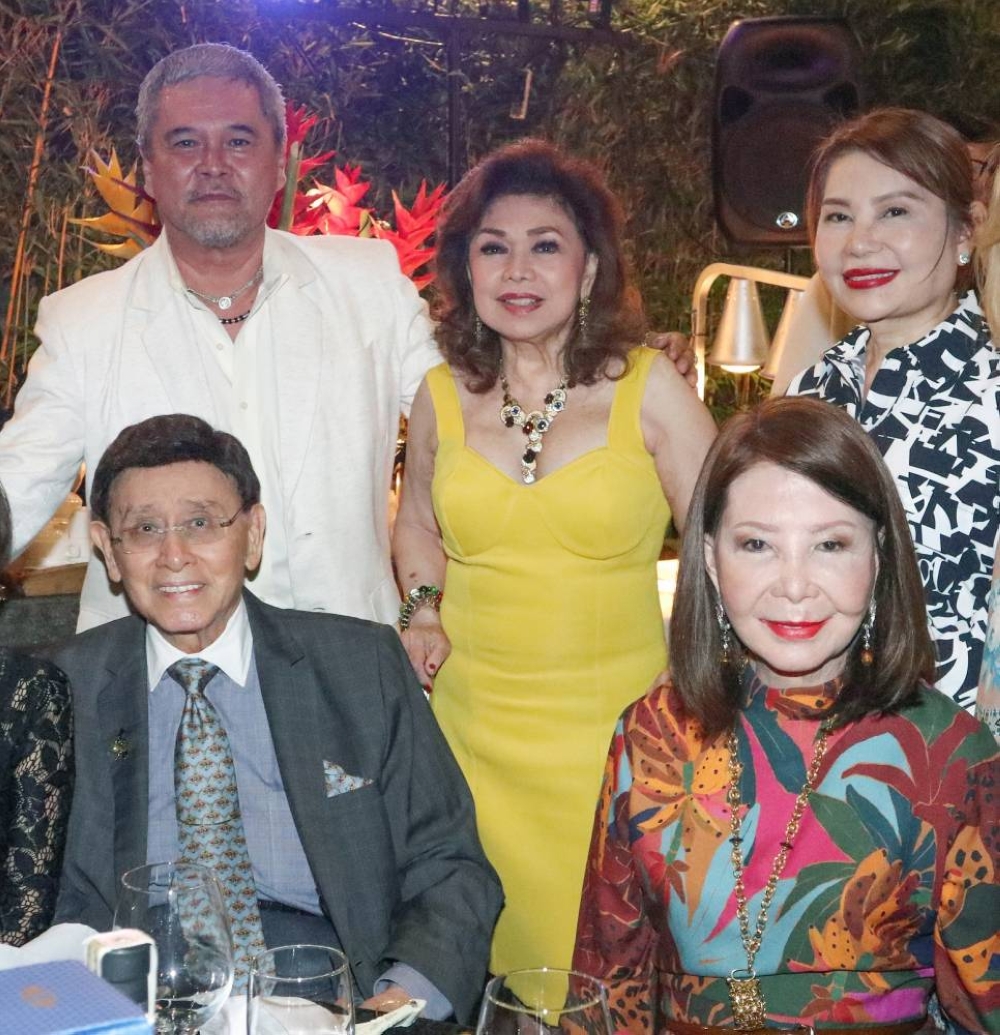 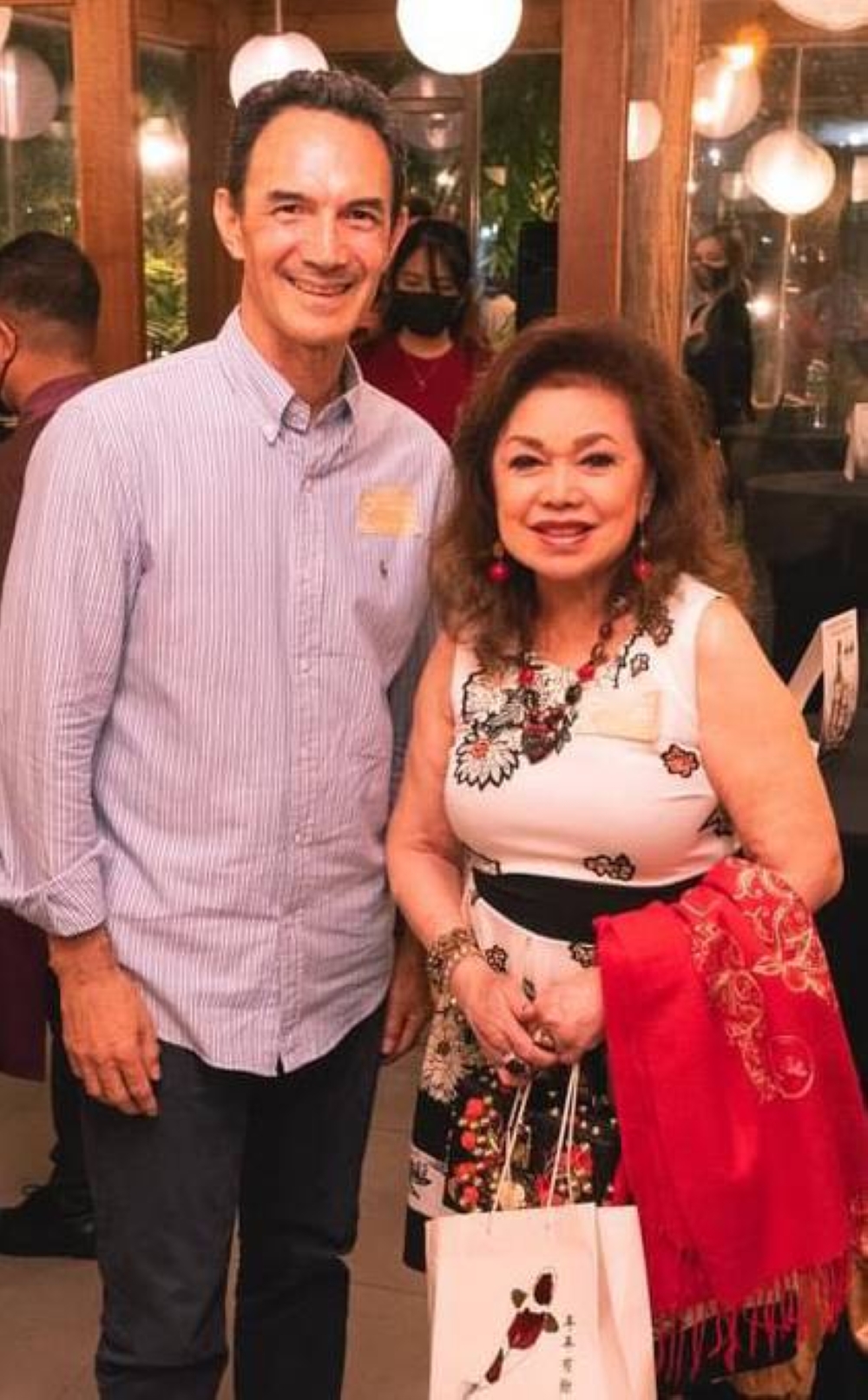 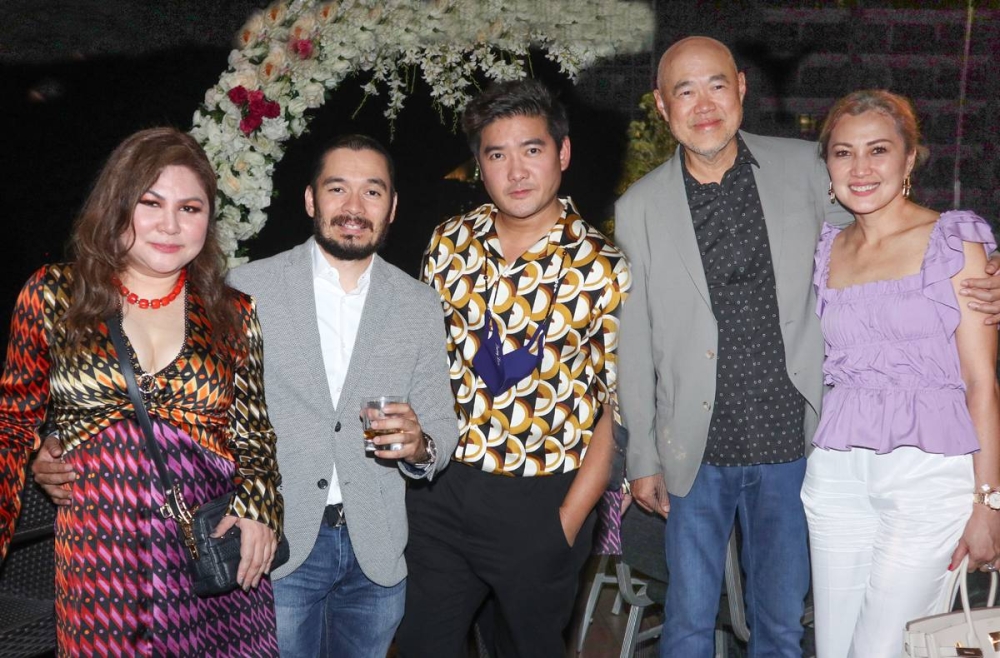 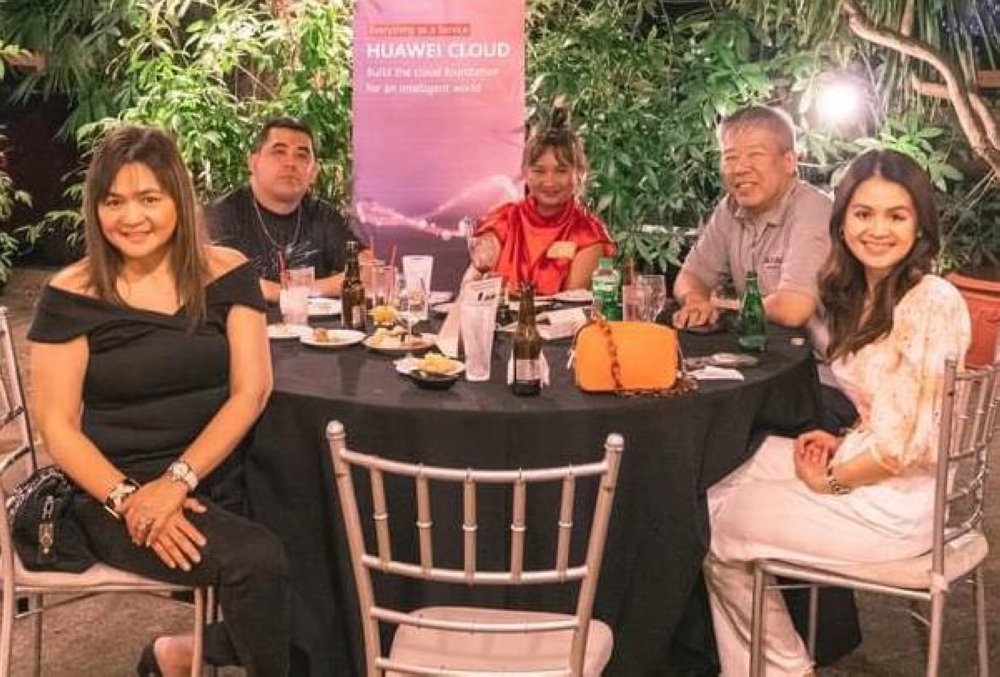 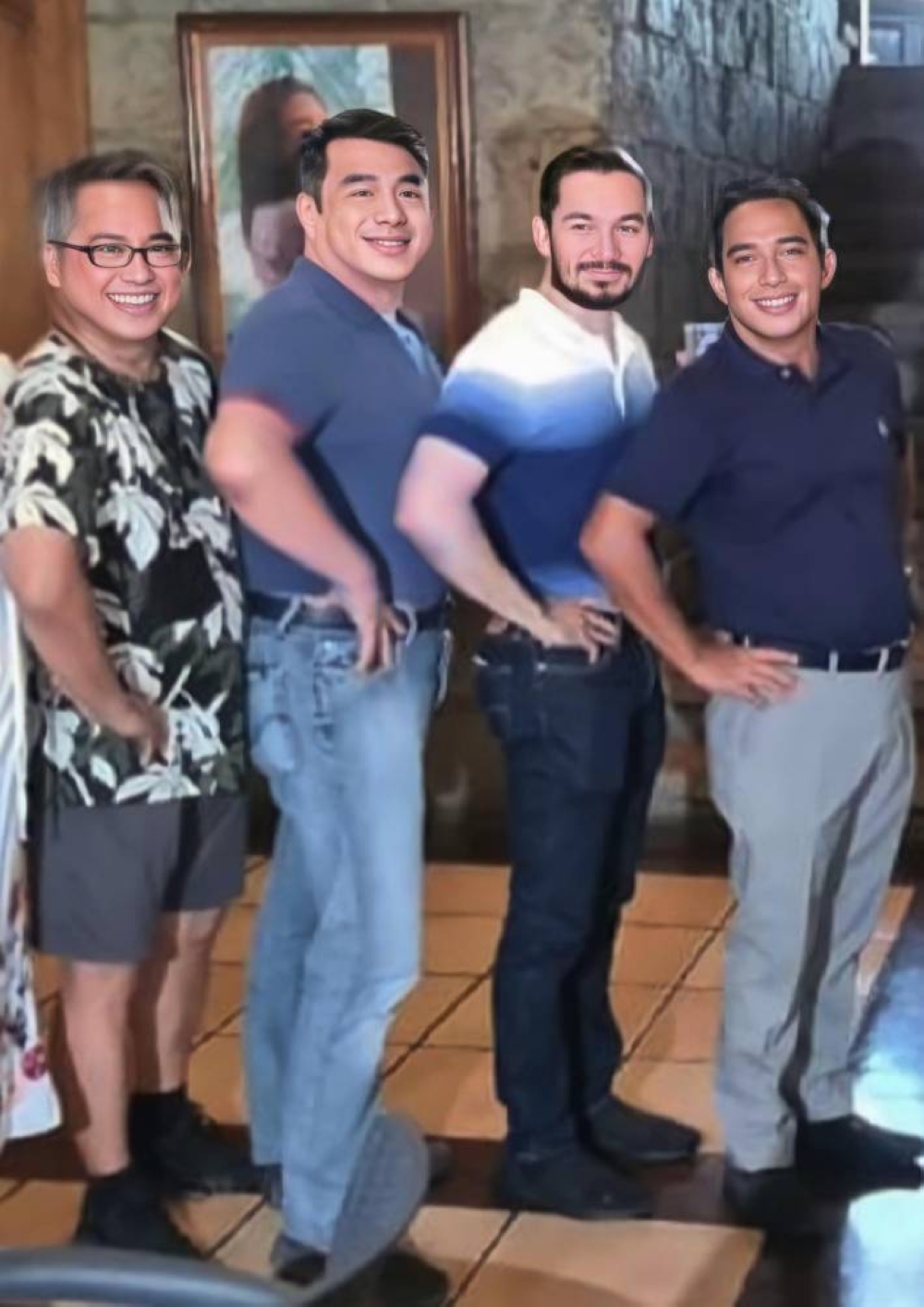 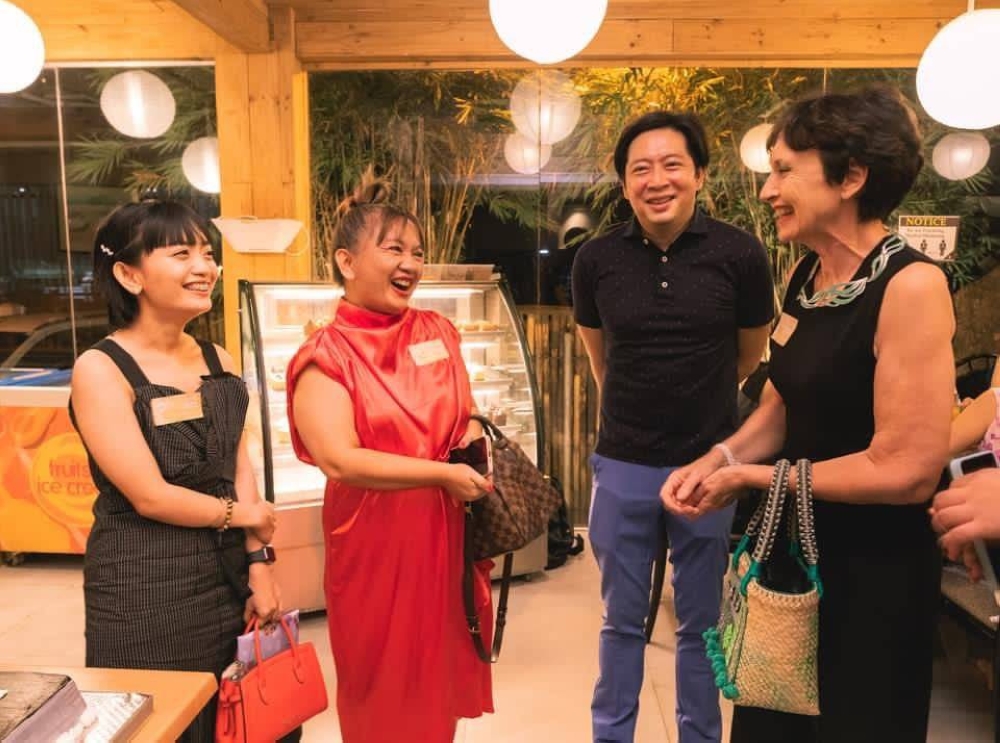 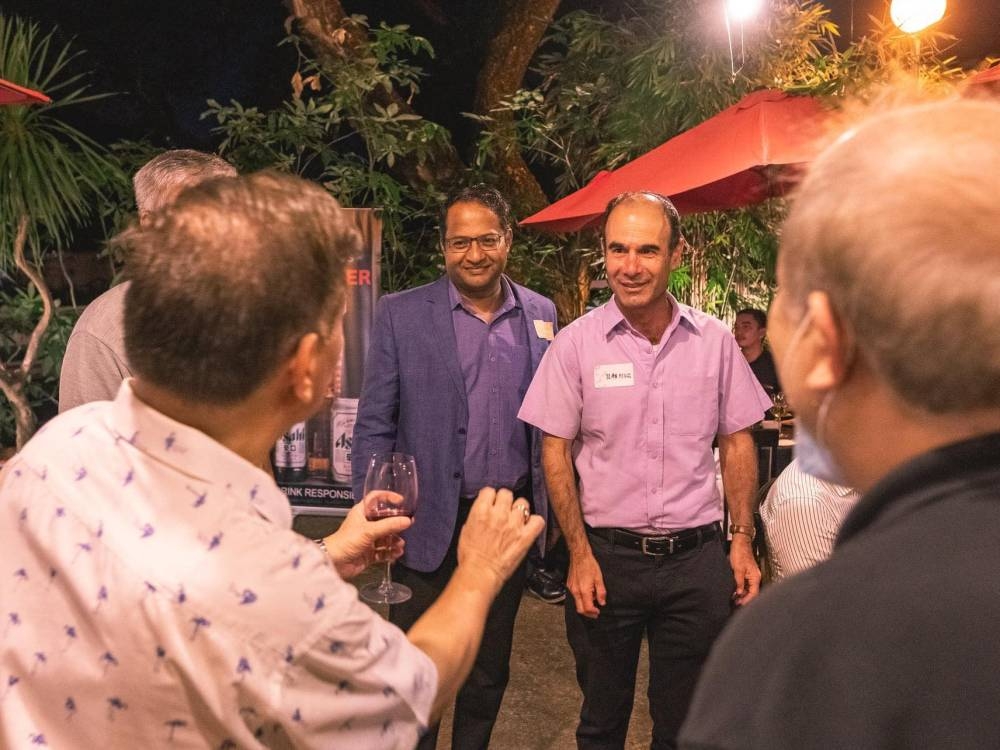 It's always about the quality over quantity under TAG Media Group headed by Engr. Grace Bondad Nicolas who is also the managing director of Rising Tigers Magazine. Only the few exceptional leaders who are making a significant difference in their own organisations and beyond will be joining on June 22 ceremony at Hilton Manila Grand Ballroom.

Asia Leaders Awards objective is to promote the Philippines as the premier business hub in Asia and beyond and by acknowledging the leaders from different industries to motivate and inspire more the other entrepreneurs to do more.

Meanwhile, David Ackerman gave a surprise birthday party for his beloved wife, Mache on April 11, a day before her birthday which was held at the roof deck of Makati City Garden Grand Hotel.

Many close friends and co-rotarians waited till midnight for the birthday salubong of Mache.

The party was a huge success with food in abundance, overflowing wine and liquor. Mache blew her birthday cake right after midnight with nonstop singing of the Happy Birthday song accompanied by a live band and wine toasting.

According to David, Mache was so moved by the surprise party that he never seen her cry that many happy tears in their 13 years together.

A few days after Mache's birthday, she gave another birthday treat of a Holy Thursday recollection to her rotary club members and friends for their spiritual upliftment to withdraw their mind from external and earthly affairs in order to attend to God and Divine things.

Popular event guru Jorge Hizon who was tasked by Mache Torres to organize the recollection and invited Benedictine monk, Dom Martin de Jesus Gomez, OSB, to be master facilitator. He was popularly known as Gang Gomez, one of the country's most sought-after couturiers in the 1970's before he decided to close his shop in 1990 to join the Monastery of Transfiguration in Malaybalay, Bukidnon.

Dom Martin set the tone of his Holy week reflection on ” The lost is found- the parable of salvation. It is within the context of anexpository study of Luke (15:1-32) where God goes to great effort to seek lost sinners and He greatly rejoices when they come to repentance.

However, every event goes off without a hitch. Guests did not expect that it will take them five hours to reach Pampanga because of the Holy Thursday horrendous traffic in NLEX. But they started arriving with happy faces seeing the spectacular venue of a 2.8 hectares residential compound of Rene and Agnes Romero whose hospitality were absolutely amazing. Not to mention the food catered by Chef Noel. As soon as you arrive, two bilaos pancit luglog, hundreds of suman with latik, 50 special tamales, four bilaos tibok tibok and eight gallons buko sherbet await for you.

Everybody went home happy, pleased and full. Thank you Mache for a wonderful birthday treat which nourished us spiritually but broke our fasting for the Holy Week because of food abundance you provided us. We wish you our love, prayers n may God give you many, many more birthdays to celebrate. 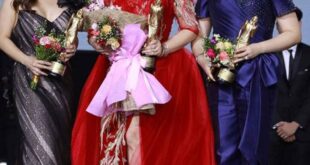 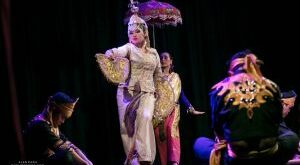 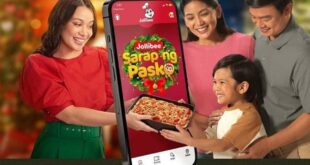 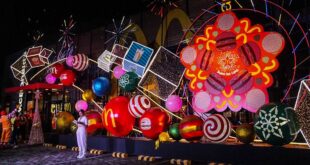 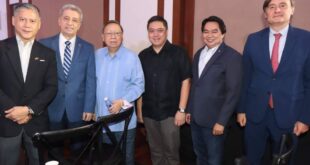 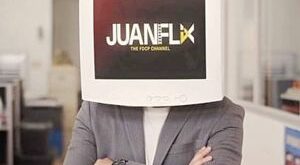 Finally, after a hiatus of more than two years, the Best Dressed Women of Philippines' …