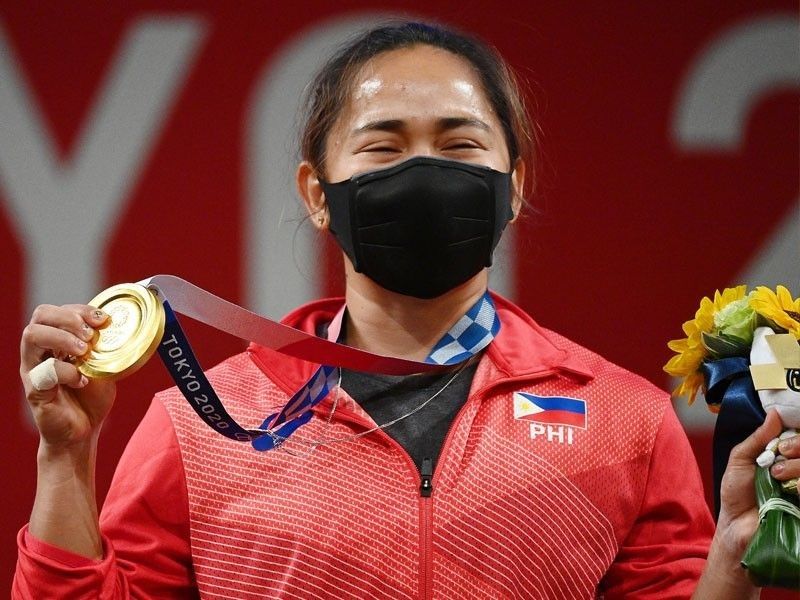 MANILA, Philippines – The Philippines will try to surpass, if not duplicate, its two-gold medal performance in the Asian Indoor and Martial Arts Games (AIMAG) set March 10-22 next year in Bangkok and Chonburi, Thailand minus Tokyo Olympics gold medalist Hidilyn Diaz.

Since she is coming off a historic Olympic effort, Diaz would have bannered the Filipinos in the quadrennial event, which was reset from this year to next due to the COVID-19 pandemic, if weightlifting was not removed from the calendar.

AIMAG would have set the stage for a rematch between Diaz and Chinese Liao Qiuyun, who won the gold in the event’s last edition five years ago in Ashgabat, Turkmenistan but lost to the former in the Tokyo Olympics last month.

But it was just not meant to be.

A total of 31 sports including two demo events are calendared in the Bangkok-Chonburi tilt, including ju-jitsu where the country snared a couple of gold courtesy of Margarita Ochoa and Annie Ramirez.

Tolentino said dancesport, kickboxing and Esports, where the country is traditionally strong, were added to make up for the absence of weightlifting.